Be the disruptor to beat disruption

Disruption is redesigning within the shortest time, and a sustainable future for any organisation can be achieved by innovating or destroying and rebuilding continuously 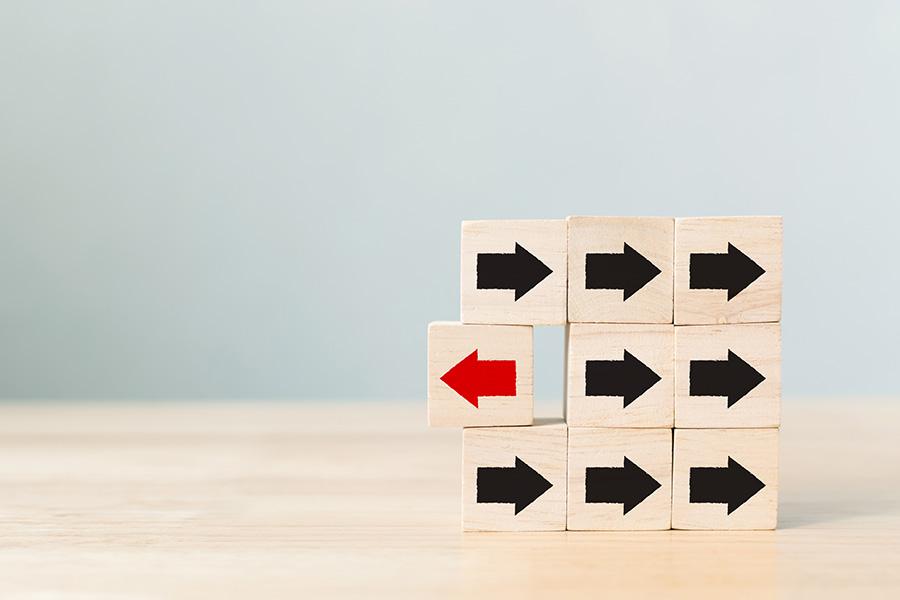 Disruption is the theme in vogue across the power corridors for some time now, let me cut to the chase and address the elephant in the room – in a world where everyone from giants to start-ups has been speaking of disruption, what is this phenomenon? How does one go about disrupting? Is everyone under the sun who says they are disrupting actually doing it?

In my opinion, there is not one answer and there is no right way. Clearly, there will be new winners in the age of disruption. How does one build capabilities for an unpredictable future and what kind of value creation does one’s disruption aim at?

The answers to these will hold the key to what will define the future leaders who will successfully ‘be the disruptors to beat disruption’.

Disruption is constant The paradigm of relevance is always in flux and new contexts emerge frequently - each time, a new world order is created by disrupting an existing system. However, this again, cannot remain permanent as the relevance in essence is ever-changing. Let me give an example that is not jargon driven, so that we are all on the same page.

Drawing from the Indian mythology, first was Brahma the creator, then Vishnu the preserver and then Mahesh the destroyer. In today’s context the roles have merged and reversed – Brahma is Vishnu, Vishnu is Mahesh and vice versa. Why do I say that? Creation, preservation and destruction are interchangeable today – as a society or a business organisation you have to disrupt and destroy the old ways like Mahesh, then reinvent, thrive and preserve new ways like Vishnu and then create a new world order like Brahma. Therefore, Mahesh or the disruptor comes first.

Disruption is thus effectively creating value while completely redefining the norm, only as long as someone else does not come along and outdate the new. A sustainable future for any organisation can be achieved by innovating or destroying and rebuilding continuously. Even sustaining innovation is antithetical to disruption because it involves making sustenance the norm.

No one wants a solution to a problem that changed, while the solution was being derived. Disruption is thus redesigning within shortest time, if you aim to win.
Being first in a race is not winning; it is staying ahead of the pack. Creating the new order is a natural progression of decimating the existing order. A disruptor would need to continuously look for opportunities to disrupt, to change, to evolve.

Characteristics of a disruptor

1. Reinvent and Innovate
When you disrupt, you create a new normal, but that is not enough. Sustaining and nurturing that creation is key. There are many avatars, many roles one needs to essay at the same time. For example, Vishnu came in 10 avatars. Every time there was a new hurdle, he changed his avatar in order to meet the upcoming challenge. Thus, the docile Vishnu took on Narasimha’s avatar to annihilate the demon Hiranyakashyap. Constant reengineering is necessary in the face of disruption, to stay relevant.

2. Be Resourceful not Resource Heavy
Effective utilisation of ones resources and not just having them is another trait of a true disruptor. Back to a parallel in mythology, while Indra, the king of paradise used all his resources including Kalpataru, the wish fulfilling tree, to woo Lakshmi – the goddess of prosperity and wealth, she gravitated towards humble Vishnu, whose ever-changing and calm personality she was more drawn to.

3. The unconventional winners - case in point
Consider Patanjali, a brand that disrupted a market like FMCG/retail, which was led by international giants. Patanjali hence proved that it is more important to resonate with customers than have huge advertising spends, taking a higher brand positioning in the health and wellness space, in an increasingly health-aware market. Also tapping into the cultural and emotional capital of the Indian homemakers, who control the household budgets.

4. Connected experiences are the bedrock of a connected world
The perfect examples are Uber and AirBnB who have changed the models of car ownership and tourism forever; so much so that the whole world is going through the ‘uberisation’ movement, what is popularly referred to as ‘uberisation of the economy’. ‘Amazonification’ is the other big wave - there is no space or sector that Amazon it is not disrupting, it is all weaved into the needs of its customers and customer’s ecosystem. Amazon is delving deep into the customer lifetime cycle to draw out business value.

Till a decade back Indian mobile users were paying Rs. 1 for every call it received on its mobile phone and the booming telecom industry knew no bounds - 10 years down the line it’s the new normal. Jio’s disruptive pricing and data play has disrupted the entire telecom sector and has hastened the likelihood of consolidation in the sector with probability of only three to four players. It is notable is that Jio didn’t stop after the 1st wave of disruptive prices hit the industry. It continued to innovate - unleashed the 2nd wave of bundled pricing - and it seems to have outrun the risk of being disrupted, but only for now.

Pininfarina, a leader in the car designing segment thinks of itself more as dealer in customer experience. It realised that a desired experience arising out from the way the car is consumed is an ever-changing phenomenon stimulated by technology. Hence, not only did they re-conceptualise what they were doing, but also added services for it and diversified into various segments, such as designing the Olympic torch, an inkless pen with a metal nib that writes without ever running out. Thus, rendering the customer experience always a notch above by continuously reinventing. My favourite is the Formula E Mahindra Racing Cars.

Start-ups and millennials will be the new gurus
Starts-ups are very relevant in winning, especially in the face of disruption. The larger corporations will have to learn to be led by disruptors and agile small start-ups, instead of holding on to the big brother attitude. There will be new winners in the digital revolution, where the start-ups and millennials will be the new gurus. The very concept of reverse mentoring shall drive growth and define leadership of the future. A classic example of this is my shadow board, which constitutes of young leaders who contribute with unique propositions, ideas and constantly challenge me.

That is however not to say that to stay relevant it is not pertinent to always look inside. While one can build capabilities, it is not feasible to keep setting capabilities for every new thing, if you are an established firm with customers, products and services and scale. Looking outside, a partnership or an acquisition of a niche and agile start-up will help. Ram did not wait to build capabilities of his own to defeat Ravana. Partnership with a niche army (choosing Hanuman) satisfied that need and helped him implement the task at hand - he innovated. Innovatively! A bridge was built across an ocean and a worthy partner to help win a war was found.

So, a disruptor knows that it is pertinent to reinvent and transform continuously in the face of challenges — that there is no one answer or one right answer.

9,077
Thank you for your comment, we value your opinion and the time you took to write to us!