Through Covid-19, the NDB has cemented its place as one of the most important sources of external financing to BRICS countries. Kamath leaves behind a rich legacy, having led the bank from an audacious startup to a respected, full-fledged multilateral development bank 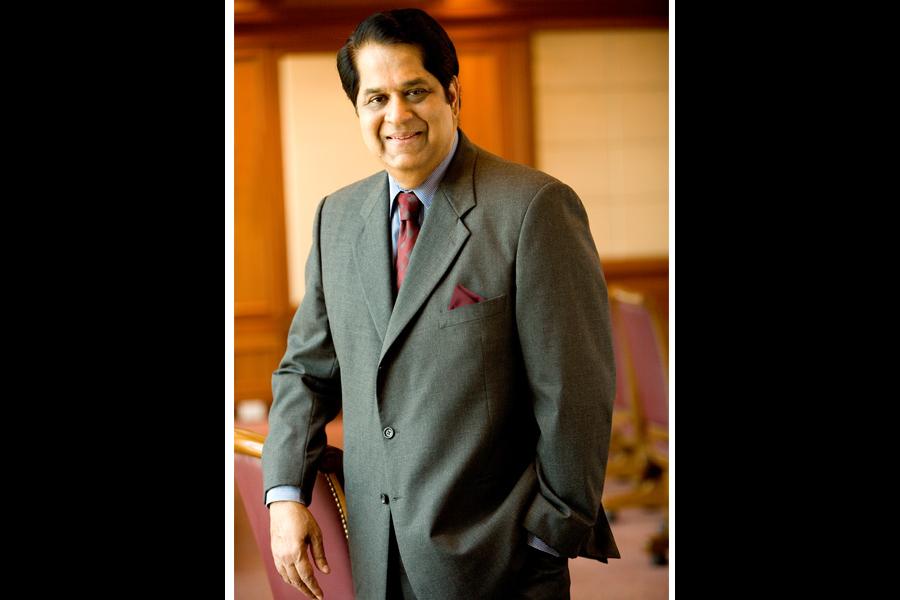 As the world and BRICS (Brazil, Russia, India, China and South Africa) countries continue to be gripped by the global Covid-19 pandemic, the New Development Bank (NDB) quietly marked its fifth anniversary. On July 6, 2020, the NDB bid farewell to its inaugural President, KV Kamath.

The farewell for the NDB President was a simple affair, with him dialling in via a virtual Zoom call (from Mumbai) to staff in Shanghai to deliver his message. The symbolism of this understated farewell is characteristic of the humility of the man, who is renowned for having little tolerance for fanfare or ceremony.

He steered the Bank through three distinct phases—a start-up phase, a rapid growth phase and finally, a steady-state by the time of his departure. The metaphor of the conductor of an orchestra, which is sometimes used in the literature of leadership, is an apt description of his leadership style. A conductor does not speak himself, but energises his troops to perform. His true power derives from his ability to make others believe in their abilities. At NDB, Kamath enabled each player, from the most junior up to the management, to bring out the best of their capabilities.

The story of the NDB began in June 2015, when Prime Minister Narendra Modi nominated India’s most celebrated and accomplished banker to be in charge of a complete start-up. He is best known as the former chairman of ICICI, the largest private sector bank by assets, and former chairman of Infosys. Kamath, after an illustrious 42-year banking career, left the pinnacle of the largest corporations in India to lead a start-up with five full-time employees.

It was in a hotel in Moscow, at the BRICS Summit in 2015, when I first met Kamath. In that first encounter, I was struck by the clarity and seeming simplicity of his vision. He calmly narrated to me what he thought the approximate size of the Bank’s balance sheet ought to be by year five, outlining the importance of building a lean and agile organisation. He spoke of investing in youth and why financing infrastructure in the local currency of the BRICS member countries should be high priority. I had my doubts and it required a leap of faith to believe that these stretch goals could be achieved from a zero start.

It was at this summit that the BRICS heads of state entrusted him with the ambitious project to create a new multilateral development bank (MDB) headquartered in Shanghai, China. The core purpose of the NDB is to mobilise resources for infrastructure and sustainable development. Sustainable infrastructure in this sense refers to investments in sectors such as energy generation, water and sanitation, transport (roads, bridges, railways and ports) and communication infrastructure.

Over the past five years, armed with a subscribed capital base of $50 billion, the NDB has played an indispensable role in providing additional pools of capital to BRICS countries, to fund their sustainable infrastructure, and economic development agenda.

The journey started in temporary offices on a single floor, in Lujiazui, the financial heartland of Shanghai, with a team of five executives, each representing a BRICS nation. NDB at the time, was at ground zero with no other full-time staff, no technology systems or infrastructure of any kind. Fast forward five years: What has since been achieved at the Bank?

These achievements strongly validate the original rationale and dream of the BRICS nations to create a new emerging market focused multilateral development bank.

But Kamath largely left the task of telling the story of the Bank’s remarkable achievements to others.

I occupied an office next to his, and was able to seek his counsel and observe him closely over these years. Three lasting leadership lessons will stay with me forever. Firstly, he set stretch targets, audacious deadlines and actively encouraged teams in the Bank to question the established approaches, explore new ideas and new processes. Secondly, armed with this explorer mindset, teams at NDB were encouraged to tinker, innovate and experiment. The mantra was to embrace innovation and look at old problems through a new lens. Finally, he firmly believed in nurturing the talent, passion and energy of young professionals, preferring to empower them with responsibilities way above their level of experience.

In the turmoil of Covid-19, the NDB has cemented its place as one of the most important sources of external financing to BRICS countries to tackle the ravaging consequences of the pandemic. Shortly after the outbreak, the NDB repurposed its lending program and announced a $10 billion Emergency Assistance Program to help steer BRICS countries through the crisis. To be fully allocated during 2020, this represents development assistance which would not have been available if the NDB was not created five years ago.

Kamath leaves behind a rich legacy having led the creation of a new, respected, fully fledged multilateral development bank.

3,121
Thank you for your comment, we value your opinion and the time you took to write to us!

Tweets by @forbes_india
Prev
JioTok: The next billion-dollar baby?
Next
Brand building is like body building: Repetitions matter