The way to think about company culture is to ask yourself if employees are getting enough dopamine and other neurochemicals, and if results and feelings are suitably evolving 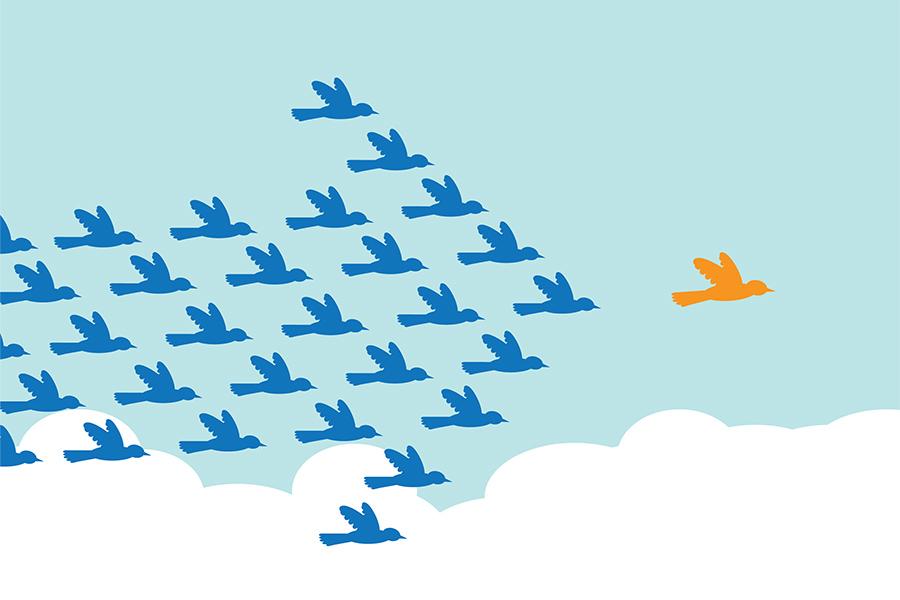 It is no secret that Steve Jobs saw things differently. The term reality distortion field is associated with Jobs's ability to reframe reality for himself and others. He could egregiously manipulate perceptions to get his way with people. Not surprisingly, a lot of the best leaders in business and politics would seem to fall in the same category. They can go out on a limb and create extraordinary people or organisations in support of their goals. Adolf Hitler is one example, albeit a dark one in history, while Mahatma Gandhi is a shining one.

However, it is not just one person's reality distortion that causes the tidal wave of activity; rather, it is the followers' resonance. Somehow, the minds connect and vibrate together. Take the example of NASA during the Apollo Mission phase. The Impossible goal of putting a man on the moon became a reality against all the odds, as demonstrated in the documentary Mission Control - The Unsung Heros of Apollo.

What we find common among such examples is a concept known by many names. Louis Carter, in his book titled In Great Company calls it 'emotional connectedness'. I believe, peak group performance happens when a group of people spark a neurobiological chemical bond around a common challenge. Groups like the Marine Corps, companies like Mu Sigma, or the US Olympic Hockey Team of 1980 winter Olympic games, led by coach Herb Brooks, often create this brain chemical delivery mechanism. It is this neurobiological system that must be designed to build great teams. A true leader recognises the need for that emotional connectedness amongst the followers.

In creating great cultures and successful organisations, a leader must think in terms of the need for such neurochemistry. Thus, creating the culture has to be a part of the strategy. The central idea here is the need for an extraordinary vision of the leader that binds people together. The difficulty, Carter says, is in sustaining these peak performances. Often after success, there is a drop. Review of scientific literature tells us that dopamine and serotonin are released in short bursts and diminishing amounts unless there is some process change. The prolonged and sustained result can be only be achieved by creative behaviour manipulation. Sridhar Turaga, the head of innovation at Mu Sigma has a beautiful analogy for this method. He calls it managing teams like flying kites. You pull them hard to gain height and let go to increase distance.

Here are two amazingly similar examples where leaders created the right environment for building emotional connections among teams. Retired Brigadier General Tom Kolditz, now a professor at Rice University, narrated to me his experience with improving the efficacy and coordination of the fighting capabilities in the Korean Peninsula. He designed a forced behaviour change leading to a fantastic new adventure of empowerment and connectedness or neurochemical release system.

Korean Katusas, the Korean Augmentation to the US Army, were challenged with a lack of respect, non-existent trust and utter humiliation from US Soldiers that was detrimental to the war effort. There were reports of suicides because of this poor culture. In short order, this was transformed in the units when they were forced to engage with each other by an immersive exercise of a common threat and reversed leadership, where the American had to take cue and lead from the Koreans instead. The US soldiers experienced Korean skills, martial training, food and family. This created 'respect and admiration' where it once was lacking. It also allowed the Koreans to see a rightfully deserved success and thus the release of the badly needed neurochemicals.

Mu Sigma is doing something similar. They bring almost all new US employees to India for a grueling nine month training program, where their success depends upon cooperation with and the respect for the Indian team. The key is to give a feeling of achievement after challenging exercises. The US employees form a close bond with the Indian team. They dine together, often go to weddings and family celebrations with the Indian counterparts and get to know them as partners. The result is bonhomie and pride or dopamine, serotonin and oxytocin, and client success, of course.

In summary, the way to think about the culture of your company is to ask yourself, are your employees getting enough of dopamine, serotonin, oxytocin and other neurochemicals. The cycle between beliefs, attitudes, behaviours, results and feelings must continue to evolve, and as Brigadier Kolditz said, it is sometimes easier to change the mindset by changing behaviour and not always the other way around.

The author is a Culture & Strategy Advisor, Speaker & CEO Coach.

2,386
Thank you for your comment, we value your opinion and the time you took to write to us!

Tweets by @forbes_india
Prev
Why diversity is good for business
Next
What is mindful working and how can it boost your mental health?