Content marketing that makes the cut on social media

MindShift Interactive is a digital outreach powerhouse that provides businesses with a data-centric approach towards achieving an intelligent and impactful digital presence. We combine digital marketing and research to provide a better experience for the consumer and brand. It currently houses two business verticals - MindShift Digital, their digital marketing and influencer relations arm, and MindShift Metrics, a digital research & reputation management agency

In this ever evolving and dynamic digital age, it is all the more important for brands to create content that not only sends across a message but also does so in a novel and innovative way, thus breaking away from the clutter of the marketing world.

Brands constantly need to be creative and ground-breaking with their content in order to create a niche for themselves. Here, I’ve analysed a few brands that have recently managed to create content that engages and creates high recall amongst the target audience.

Lifebuoy – #HelpAChildReach5  The campaignfollowed the journey of a to-be mother and educating her on the benefits of washing hands with soap. The main objective was to get their audience to share the message and spread the awareness in order to help children reach the age of 5 years without any diseases and illnesses.Using real-life experiments, the brand managed to emotionally appeal to the audience and help spread awareness.The campaign also served as a social awareness sanitation program with the aim to mobilize and motivate people to acquire healthy habits. 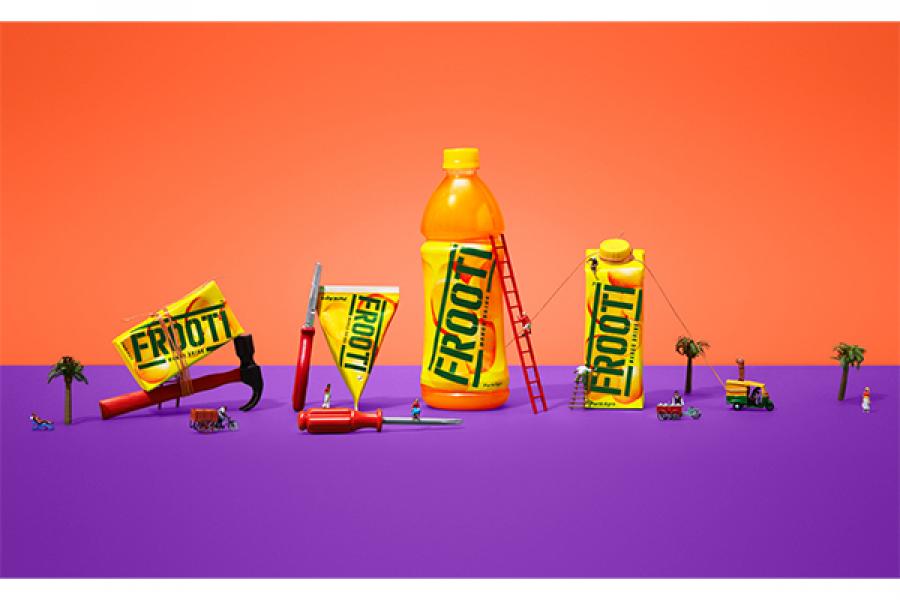 Frooti – #TheFrootiLife
The campaign drove great numbers with content that was not only enjoyable but also shareable
(Photo courtesy: SAGMEISTER & WALSH)

Frooti – #TheFrootiLife
This campaign marked the rebranding of Frooti. The idea was to create a miniature world where Frooti was the focus. Extending this very idea, they created a lot of visual play around mangoes as well as the product, keeping it fun and colourful. The brand played wonderfully along the nostalgia tangent, as many Indians relate to Frooti being a memory from their childhood days. They created engaging videos that told a story and instantly connected with everyone, touching upon the idea of nostalgia. The campaign drove great numbers with content that was not only enjoyable but also shareable. This campaign certainly reestablished the brand and etched it deeper into people’s minds. The brand took consumer delight to another level by sending cartons of Frooti to offices. This generated a sea of UGC that further built the reach and increased the visibility of the brand across social media platforms.

Sula Vineyards - #SulaCelebrates
Sula Vineyards marked their 15 year celebration with the release of their limited edition sparkling wine, Brut Tropicale.Sula started their 15 year campaign 10 days before the launch and created a buzz around the exclusive party. They used the festive season to their advantage and built upon the idea of a launch that’s perfect for the celebratory season, integrating paisley design giving it an Indian touch. The pre-event phase was a countdown to the launch created a lot of awareness around the brand, directing towards something new that was coming up. Taking the audience on a visual journey of Sula as a brand, they made use of interesting infographics and imagery to add an element of fun and information. During the event too, the brand merged offline and online activities for optimum advantage. A larger than Brut Tropicale bottle at the launch party, live music (bringing together their music property i.e. Sula Sessions) a champagne tower, video screening made for perfect social media moments. The guests at the party served as brand ambassadors for Sula as they live tweeted and uploaded images on Facebook and Instagram. Post event, the brand went all out with installations of the new Brut Tropicale bottle at wine shops and stores. The offline activity created enough buzz around the brand, increasing their digital presence as well. The campaign continued with #SulaCelebrates as the idea till Diwali while positioning the new sparkling wine as the ultimate gifting option.

Practo
Practo takes inspiration from daily life situations, cities, songs, Bollywood, Hollywood, special days of the year, and turn these into interesting and often hilarious creatives that have a great shareable value. Practo’s social media positioning makes them a very approachable and fun brand. They create visuals that are light hearted and appeal to the masses. Practo has a very high reach and is growing by leaps and bounds, especially on Facebook where people have confessed to have liked and followed the page for the sheer fun and interesting content that they share. The brand is growing by word of mouth solely because of their creative content, one liners, puns and interesting imagery, and the connect to pop culture.

The campaign worked around an India-inspired design that adapted elements of India – culture, food, landmark, etc. There were contests held on Facebook wherein the audience came up with their fresh and inventive design idea of an India-themed bottle for the brand, which served as a crowd-sourcing design activity as well.

With these innovative campaigns serving as brilliant examples for their respective industries and digital media at large, there is immense scope for social media to reach out to larger audiences and build a brand value that’s unforgettable with a strategy that believes in keeping it simple and integrated. Before planning a campaign for your brand, invest time in research and understanding the core values of the brand.

Ask yourself what you aim to achieve for your brand, through the campaign before you set out to create something for it.Set your goals during the planning phase, and work earnestly towards them. In the long run, campaigns are instrumental in increasing brand awareness, driving more traffic, increase brand recall, driving visitor loyalty, and improving conversion rates.

6,277
Thank you for your comment, we value your opinion and the time you took to write to us!