Disadvantages of not being an underdog

A start-up can focus on a niche and give its best in it whereas, giants have to focus on multiple areas such as its established businesses and new niches getting captured by many new start-ups 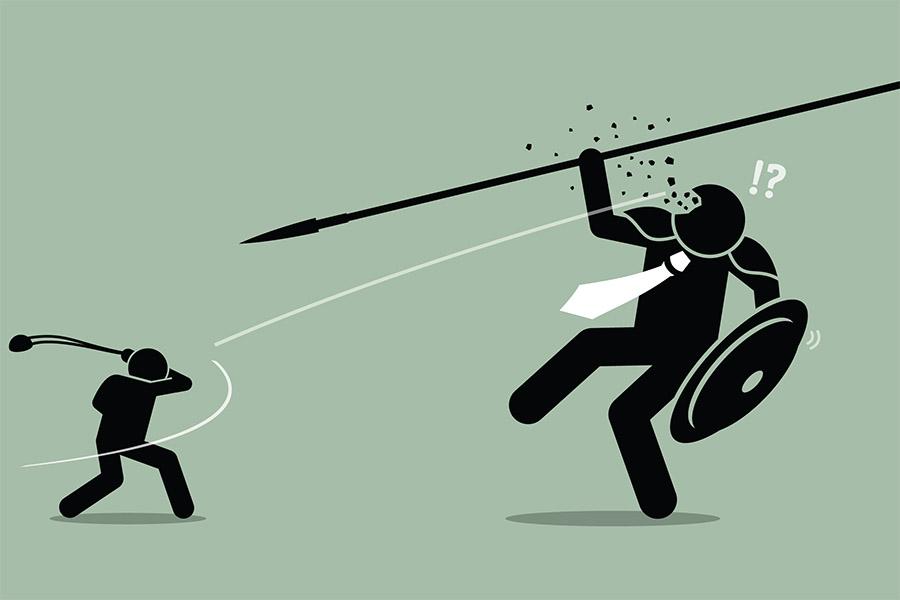 History reveals that many times, giants with more resources, an awe-inspiring image, long standing customer relationships, money and experts, tend to lose in new domains to start-ups that are considered underdogs.

Why do giants lose to start-ups? Because giants don’t act like underdogs. American professional tennis player Serena Williams, who is winner of 23 Grand Slam singles titles and several Olympic gold medals, said in a Nike’s commercial - Unlimited Serena - that she has always felt like an underdog and has been training every day for 30 years.

A few of them are as follows:

Focus on growth vs ideas: Everybody from industry analysts to customers to shareholders expect giants to repeat their growth story quarter after quarter, year on year. Growth helps giants in creating room for employees to rise up in the hierarchy, shareholders to get dividend and many new players to get inspiration. To achieve this growth, many times, giants focus on their established revenue streams and installed customer base over new ideas. Unlike giants, start-ups don’t have baggage of previous success and image. When giants are busy in protecting their past, start-ups are busy in exploring new ideas that could help them to win in the future.

Bureaucracy: As organisations grow, they have to manage more people and more processes. To keep things under control, they add extra layers of management and gatekeepers.  These extra layers control the flow of information, and squeeze the creativity and flexibility of the organisation. In large organisations, innovation minded people spend more time in figuring out how to get things done rather than focusing on what needs to get done. Whereas in start-ups, due to lack of bureaucracy, innovation minded people find fertile environment for their ideas as well as development cycles are much shorter.

Hesitation to adapt: Marketing Guru Al Ries has said “changing the direction of a large company is like trying to turn an aircraft carrier. It takes a mile before anything happens. And if it was a wrong turn, getting back on course takes even longer.” Even though, large organisations have financial resources, they don’t have flexibility like start-ups. When market conditions, competitors’ strategies, customers’ expectations, technologies are changing rapidly, it is important for organisations to adapt their strategies and offerings, improve on them, and change them to meet market demands. Large organisations spend a lot of time in creating plans for change rather than executing the change. Additionally, coordination among multiple functions and process owners often makes organisations inflexible and unresponsive. Instead in start-ups, there is high premium on flexibility and adaptability.

Internal competition: In resourceful organisations, there is competitive situation among various experienced people and groups within the organisation. They want to get importance and prove that they are better than others in the system. Many people come up with new projects, want to do things differently, and feel rest of the company is their competition. When projects of few people get approvals, many others get jealous leading to hostile reactions. Due to this internal competition, people’s negative feelings create resistance within the system and slow down execution of new projects. Whereas start-ups are focused on competition outside the company, rather than inside. Mostly, their people unite together for bigger purpose and direct their negative feelings on competitors rather than internal people.

Pride of previous success: Established customers base, growing revenue, recognition for the brand by media and so on can get translated into a culture of pride and comfort that could blind a giant to the real needs of its customers. Giants get inflated perception of their value and think that customers would prefer their offerings over start-ups and would pay more for their brand name. When they notice growing challenges of competitors, their experienced people like to do things again in the same way that brought success previously. On the other hand, start-ups think differently and innovatively. Moreover, a start-up can focus on a niche and give its best in it whereas, giants have to focus on multiple areas such as its established businesses and new niches getting captured by many new start-ups. Giants can’t give 100 percent focus on multiple emerging niches and established businesses simultaneously. When a giant’s product doesn’t live up to the expectations from a premium brand, the damage to brand image is significant.

Though the above mentioned disadvantages talk about a few challenges with bigger organisations that allow start-ups to win over them, but there are also few examples where bigger organisations won over start-ups in new niches. For example, in browser war, Microsoft, a giant in the space of operating system won over Netscape, a hyper growth start-up. Also, there are examples, when bigger organisations acted like start-ups and won over established giants. For example, Apple, a giant in personal computers and music eco-system (iPod and iTunes), acted like a start-up in the smart phone industry and won over giants like Nokia. I would end this article with a quote from Phil Knight, co-founder of Nike, his words briefly summarise, what giants need - “It's alright to be Goliath, but always act like David.”

8,922
Thank you for your comment, we value your opinion and the time you took to write to us!

Tweets by @forbesindia
Prev
Gig economy: It's time to welcome the future of work
Next
Making skies greener