Don't give up even when you can't see the road ahead: 5 leadership lessons for women

Women are still sometimes overlooked despite demonstrating they can do a job just as well as men do. Arundhati Bhattacharya writes the five lessons from her experience to help more women counter gender bias and forge ahead to make the best out of their chosen path 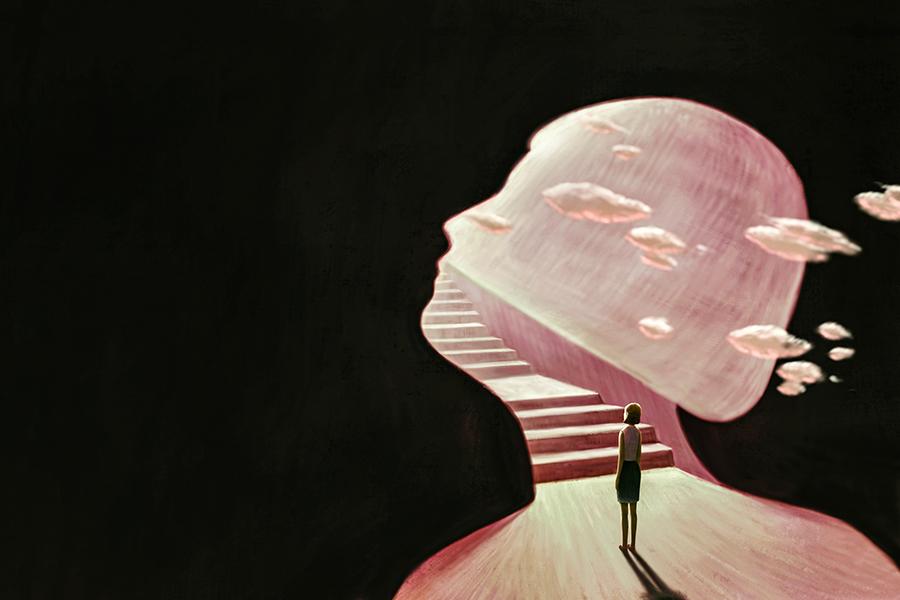 We’ve come a long way since the first International Women’s Day was celebrated 110 years ago. But to get to this point, many barriers have had to be broken; many biases, overcomed.

Through my career, one of the questions that was inevitably asked of women interviewing for a job or promotion was whether they’d be able to balance work and family. I always wondered why men were never asked this question. In order to counter the gender bias, I deliberately began posing the same question to every male candidate I interviewed.

110 years ago: The first International Women's Day is celebrated

But through it all, as women, we found ways to adapt and thrive. Women have built successful careers blazing trails in every field—be it science, technology, business, or politics. In India alone, some of the most successful companies are led by women. Along my career journey I have learned many things but here are five lessons I try to always keep in mind:

Hard work will prevailTime and again, women have demonstrated that we can do any job just as well as men. But we’re still sometimes overlooked for certain opportunities because of our gender.

Over the years, while I have been considered for many prestigious roles, I lost out once on a particular opportunity on account of being a woman as it was perceived that I couldn’t be expected to work late and stay overnight in the office if required.

Through this all, hard work has proved to be the only winner. My reputation began to precede me with every role I pursued and people wanted me on their teams as they were aware of my capabilities.

Be assertiveI was the branch manager of a branch that was notorious for its highly unionised workforce. Whenever customers raised a complaint, the bank staff would not react to the criticism kindly, which added to the existing chaos. In these situations, the only way I could make myself heard was by being assertive. Eventually, I found a creative solution to resolve customer complaints, which improved the bank's ratings significantly. However, the assertive style of communication I’d picked up during this time continued to stay with me.

Soon I realised, what gets you to a certain point in your career, won’t necessarily take you to the next level. So, if someone says you’re too aggressive, try not to dismiss their opinion as just gender bias. Instead, think of better ways to respond to the situation where the outcome is conducive to everyone.

EmpowerWhen you’re one of the few women in a team, you tend to stand out. People notice when you’re not in the office. Some assume you aren’t prioritising work as much as family. My mantra in these instances is to find a way to ensure that your absence isn’t noted, but your presence is.

How do you not draw attention to your absence? You train your team well and empower them with all the knowledge they need; so that even when you’re not around, they’re confident enough to make the right decisions and keep things running smoothly.

When at work, make your presence felt. Try and provide at least one useful suggestion at each meeting. The moment people recognise the value you bring, they will start seeing you as an asset to the workplace.

Stay focusedWhen the needs of family collide with work, it’s often women who end up making compromises around their careers. But I always tell my female colleagues, “Don’t fall off the workforce ladder. Stay the course, and things will usually work themselves out.”

I learned this first-hand when I was transferred to Lucknow as general manager of the bank. It seemed like a great opportunity, but I was worried that the city wouldn’t have an appropriate school for my daughter. I seriously considered quitting until one of my mentors suggested that I at least give the Lucknow posting a shot before making any major decisions.

So I did that, and almost immediately, things began to fall in place. I found one of the best schools my daughter has ever attended. Plus, my new colleagues were incredibly helpful, stepping in to care for my daughter whenever I had to work late.

I realised then that giving up is the easiest thing to do. Even when there appears to be no solution in sight, keep going, a way will open up. It’s like driving on the highway at night—you can only see as far as the headlights go. But as you move forward, the road lights up.

Make yourself a priorityAs women, we’re so busy juggling multiple responsibilities at work and home that it’s easy to neglect our health. I certainly did. But it didn’t seem to matter back then because I felt indestructible, like Teflon. Nothing could possibly happen to me.

Today, I know there’s a price to pay for not looking after your health when you’re younger. Since turning 40, I try to start each day with some yoga, as well as a 3 km walk.

Find a wellness routine that works for you. Change habits that aren’t serving your body and mind well. By making healthier choices, and you will likely feel lighter, brighter, and stronger.

Onward and upwardI am privileged to work at a company like Salesforce, where progressive policies—such as 12-week paternity leave, spends of more than $15 million to date focused on bridging the gender pay gap, child and elderly care benefits, and much more, reinforce the importance of equality for all. Now more than ever, local governments and corporations also need to come together to do their part in providing women access to a network of peers and mentors, upskilling initiatives, quality affordable childcare, flexible working conditions, and more, in a move towards retaining and encouraging women to remain an integral part of the workforce globally.

The writer is a Chairperson & CEO of Salesforce India

1,547
Thank you for your comment, we value your opinion and the time you took to write to us!

Tweets by @forbes_india
Prev
Why experimentation is critical for long-term success
Next
Unicorn or Mule? Why brand stories will determine your startups' future