Educational ‘Make in India’: How tutoring system delivers with rigour, accuracy and excellence 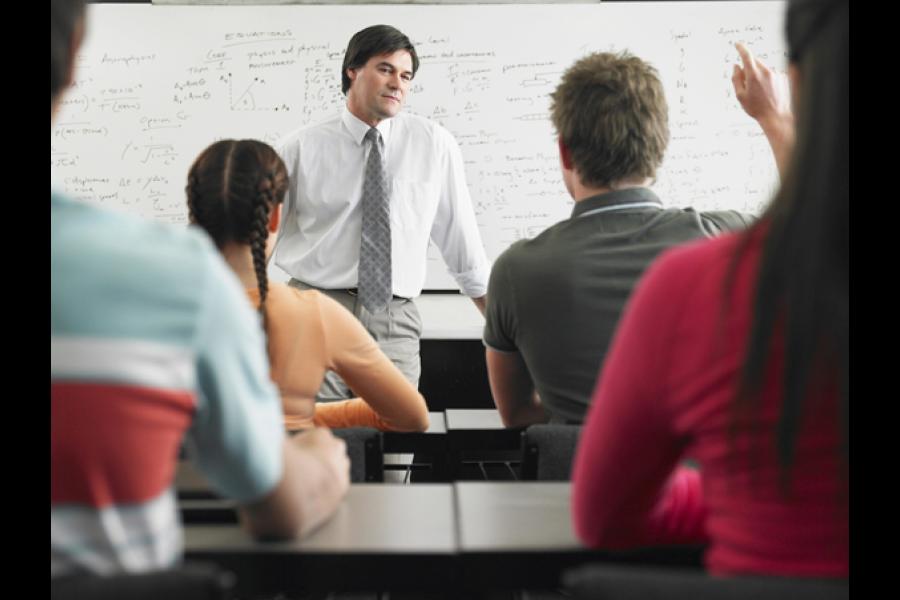 It was a gathering of engineers, like many such gatherings. A group of friends meeting after decades. They had studied together, were ranked against each other in the famed JEE (Joint Entrance Examination) for the IITs (Indian Institute of Technology). Amidst much backslapping and ‘abbey-yaars’, came out the stories. Stories of long days and nights spent in preparation. Of books and authors whose names were seared on to their memories including tutors.

And then, one of them said something surprising, “If not for the tutor (named), I would never have understood the concept.”

I stood still for a moment. Tutors are supposed to be those who aid rote learning. They are the lowest in the pecking order of education intelligentsia. They appear everywhere, are resilient, get the job done and are forgotten. And here were people who had used their engineering skills to change the world and were crediting their tutors, not school teachers, for going beyond rote learning to a genuine understanding of the ideas, concepts and their applications.

If there is one system that is working to further rigour, accuracy and excellence (of sorts), it is the tutoring ecosystem. Do not mistake this as an endorsement of rote learning, cramming culture, narrow focus on knowledge (rather than understanding) that has been the hallmark of the Indian education system so far. That is a given.

Tutors are engaged to improve scores. They have a single point goal. As tuition becomes more ubiquitous, one notices a rise in grades too. Often attributed to grade inflation, it is possible, nay likely that this has contributed to better grades. Students are not necessarily becoming dumber or smarter; they are becoming more skilled at taking exams. This is what a tutor does - and they are good at it. Here is the interesting thing: the tutoring ecosystem has delivered on a national goal of improving standards (as measured by marks) without being organised, regulated, scaled or standardised.

There are lessons here for the schooling system - both in the public and private sectors. The tutoring system has been able to deliver much more than a traditional schooling system struggles with on a daily basis. Quality (as defined by goals set), time on task, efficiency, lack of absenteeism - tutoring scores. Tutoring is also a completely self funded system with little pressure on the exchequer. At the same time, the system remains flexible enough to deliver an affordable solution at each price point the market demands - the cost per child is monitored, managed and responsive to the needs of the group they serve. When one looks at delivering to standards, at standardised learning - again the tutorial system makes the grade. Or they go out of business.

The tutorial industry has been written about extensively – from its multi million dollar size, consolidation and branding, near double-digit growth, hot-housing culture, restrictive blinkered learning and much more. There is little to appeal to the educationist or the seeker in a tutorial system. Having said that - it is a tool that turns the machine. When education systems fail (and as I type this, the 2014 ASER report is being released, marking another milestone of failures in schooling) - tutoring comes to the rescue. A raft, not a boat. And it carries people across the certification challenge.

For all the vilification, the tutorial industry has earned celebrity status for some of its teachers. In the far-east many earn far more than they would have in corporate life or in teaching - some boast of a fairly glamorous lifestyle. In India too, a few teachers are spoken of with reverence. The best teachers are able to command a stupendous premium in the market and often scale up to be able to give access to many more (at a more reasonable price point) to their pedagogy. The system does operate more like a shop, and tutors are obviously building their own brands over time.

This is one industry that employs many, provides opportunities for entrepreneurship, and is still growing rapidly. More, it has low entry barriers - and is accessible to all, even allowing for flex working hours. With online and cloud tutorials gaining ground, it could even transcend geographies. One of the strongest features of the tutoring system is the engagement with the community. Not just the students but their parents too, and often their school teachers. Local tutors often know the teachers in the schools in the area and base their tutoring on their weak spots. This feedback loop is constantly reinforced through conversations. Parental engagement in tutoring creates a governance community that often borders on the aggressive - they are purchasing a service and they expect results.

Despite the fact that this is an unregulated part of the highly over-regulated education sector, this has thrived and grown manifold. They have grown in adversity, without support and against the establishment.  To use NN Taleb’s phrase - this is anti-fragile.

The tutoring sector probably deserves kudos for promoting single-minded focus on its goals and accessible economic growth. It is not only the ‘gurukul’ of the present; it is also what the vision of ‘Make in India’ can foster. It will not be denied.

5,330
Thank you for your comment, we value your opinion and the time you took to write to us!