If we were to start an operation in India, we’d come in with our 'hybrid' model. The business travelers subsidize the really low fares at the back 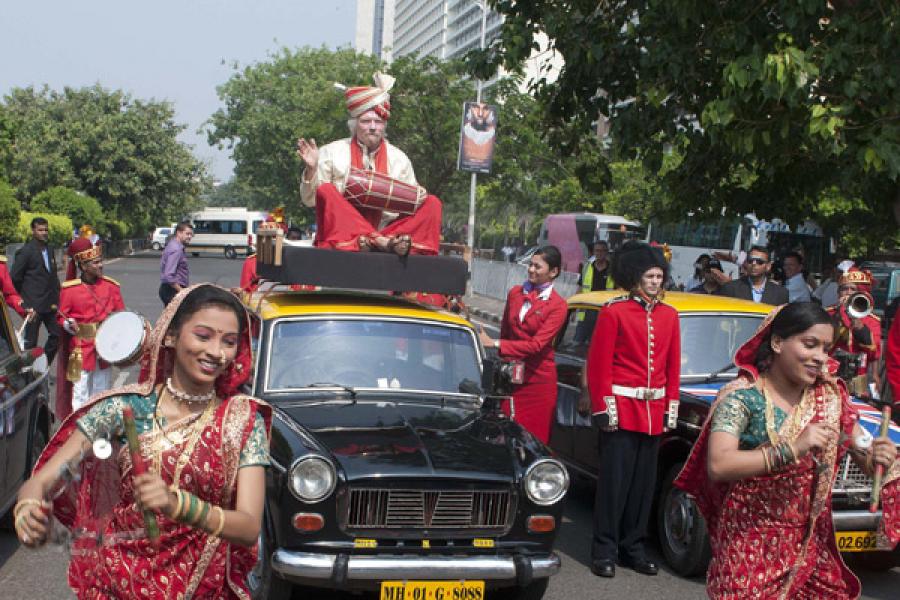 Riding on a taxi top and shaking a leg with Lavani dancers at Marine drive, Richard Branson took Mumbai by storm yesterday. Though nursing a very bad cold, he fielded tons of questions from reporters who seemed to have more of Kingfisher Airlines than  than Virgin Atlantic, on their minds.

Forbes India got some exclusive time with the great man and decided to use it to cut to the chase with five sharp and pertinent questions that we think our readers would have loved to ask :

Q.1   The last two decades have belonged to Low Cost Carriers, with the model beating large network carriers around the world. Yet most airlines are loss-making and some (including most LCCs) only just have their head above water. So what is the model for the future?

A. When we started Virgin Australia, it began as a pure LCC. It was called Virgin Blue then. Within a few years of launch, we were able to take up 34% of the Australian market. Over the years we improved the services and slowly changed this model. We put in a small business class and turned VA into a 'hybrid' that has worked very well for us. We still offer very low fares to those who need them and are willing to fly in the back. But we also cater to the business person- who is willing to pay much more. This, to my mind is a model, that seems to be working best. The business travelers subsidize the really low fares at the back.

If we were to start an operation in India, I'd want to come in with this model.

Q.2   But didn't you just say at the press conference, that you had no plans of starting up in India yet?

A. (Laughing) We are hopeful. We are always hopeful.

Q.3   Virgin Galactic has signed up a few people wanting to experience space travel at $200,000 a pop. Do you really hope to make pots of money from this venture?

A. When I started with the idea, it was not with the intention of making a lot of money. I did it because I wanted to create something very special and make it pay. I never bring in the accountants into a business plan in the beginning. But we’ve been really surprised with the huge response. We’ve got 550 bookings already, even at such a high price. Our market surveys show that nine out of ten people would love to experience space travel, given a chance. The real secret is that the cost will come down over the years. It is slightly dangerous for me to tell you that today - because my bookings could come down. But we are already trying to build reusable rockets that can be used thousands of times, instead of just once. The market is huge.

I now think, it could well be the most profitable business we’ve ever done. The sky is not the limit on this one!

Q.4   Singapore Airlines owns 49% of Virgin Atlantic. What have you learnt from them and how has the relationship developed over the years? Is the stake being reviewed by either party?

A. SQ is undoubtedly one of the best airlines in the world. They have huge experience and an excellent team. They have helped us through good and tough times. I know that one day- they will want to sell their shares in our airline. But at the moment, they are happy with us.

Q.5 Passengers on the Mumbai-London route already have the choice of two excellent carriers- British Airways and Jet Airways. Why should they shift their custom to Virgin Atlantic, which has withdrawn from the route once?

A. We are really much better positioned this time around. We have much better slots and newer aircraft (the new A 330s). Our touch screen in-flight entertainment system is the best ever. So are our seats, the mood lighting and the crew. We will also offer very competitive fares. A lot of customers were sad to see us go the last time around. We are glad to be back and hope to stay here. Nothing is guaranteed in life- but we hope to stay the course.

5,978
Thank you for your comment, we value your opinion and the time you took to write to us!