Gig economy: It's time to welcome the future of work

Deepak Wadhawan is the Senior Director, Delivery at Concentrix 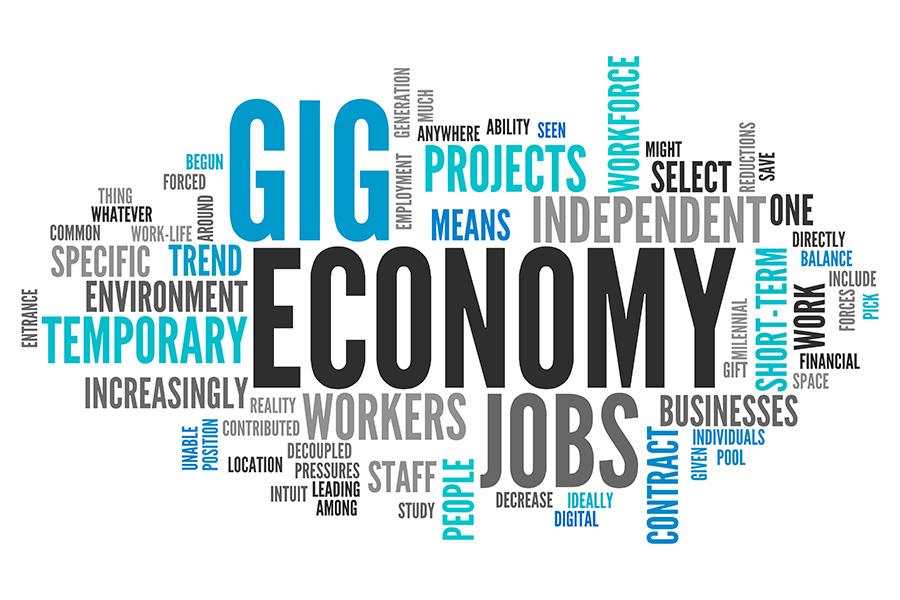 The concept of work is changing. Among the key reasons that are impacting the nature of work, the gig economy has emerged as one of the most important and rising trends.

Also called the "flex economy" or "mobile economy," it reflects the cultural change brought by a new generation of workers, especially millennials. Though there is no accurate estimate of their numbers, it is projected that gig workers will comprise half the workforce by 2020, and as much as 80 percent by 2030.

Gig economy is a temporary work system based on a short-term relationship between workers and companies. Workers perform “gigs,” in which they are employed for a specific task or time. This is done to achieve advantage of cost, quality, and flexibility. Once the task is complete, the worker is free to move on. A McKinsey report says, 20-30 percent of the developed countries’ workforce is today engaged in independent work.

Firstly, most businesses started factoring cost into their competitive strategy after the Great Recession in 2007. As a result, companies combined different approaches— reducing the number of employees, improving operational efficiency, or both. They started to rationalise, among other things, antiquated workforce model and full-time employment. Progressively jobs that could be manned remotely were cut down and contracting on-demand workers gained ground.

Secondly, seasonal spikes in customer service across most businesses helped in the rise of the gig economy. A flexible workforce allows organisations to be more agile and plan for spikes and lows. It aided them to elevate business performance faster and effectively. In fact, 70 percent of employers say gig workers increase profitability and efficiency. All this led to the trend of hiring independent short-term workers, at short notice, for a short time instead of full-time employees.

The benefits are mutual, but so are the pitfallsThe gig economy has benefited both companies and workers. With geography no more a barrier, companies can hire workers without fear of attrition. The gig system results in lower training overheads and savings in office costs. Globally, 43 percent of companies with gig workers save 20 percent in labour costs, per an industry survey. Author and Professor Diane Mulcahy says in her book The Gig Economy that hiring a full-time worker with benefits and protections can cost a company 30–40 percent more than gig workers.

For workers, the flexibility of the system works best. With 33 percent saying work-life balance is getting difficult, the gig system gives them personal time. It allows them to network and work better. They can quote their price on projects of their choice, and at a time and place of their choice.

But the system has its flip side. As companies forgo their traditional style, their strategic vision may become obscure. Companies struggle to retain their corporate culture, and staff lack in team spirit when workers are temporary. Shorn of in-house talent, they are always on the lookout for gig workers for new projects. Regular coordination among different workers or teams working in silos isn’t easy. The gig system also calls for regular implementation of new technology platforms to manage churn faster. This can be time consuming and costly.

On the work front, workers should find their own gigs, which isn’t easy unless you have an established relationship with a client. Geographic flexibility means you have competition from across the world, and competitors can dislodge you with lower bids.

Obstacles abound, but that’s where the road is headedThe success of the gig economy is dictated by a region’s culture as well. In the US or the EU, it’s accepted more rationally than in Asian countries. In countries like India, for example, the traditional norms of work, propensity to stay anchored to stable jobs, fewer networking platforms, etc., have curtailed its rapid expansion.

But regardless of its current pace of adoption worldwide, gig economy is here to stay and strengthen, into the future. People like the flexibility of gigs, and technology has made it easier to connect them to the jobs. It has filtered well through white-collar professions such as in commerce, banking, the legal profession, etc. Even the labor-intensive business process management industry is increasingly turning to this kind of employment to perform critical jobs like customer service, manning both front-and back-office roles.

With more and more on-demand platforms emerging to support agile, responsive, cross-geography work models, it’s a given that the future workforce will well and truly embrace it with open arms.

The author is a Senior Director, Delivery at Concentrix.

19,983
Thank you for your comment, we value your opinion and the time you took to write to us!