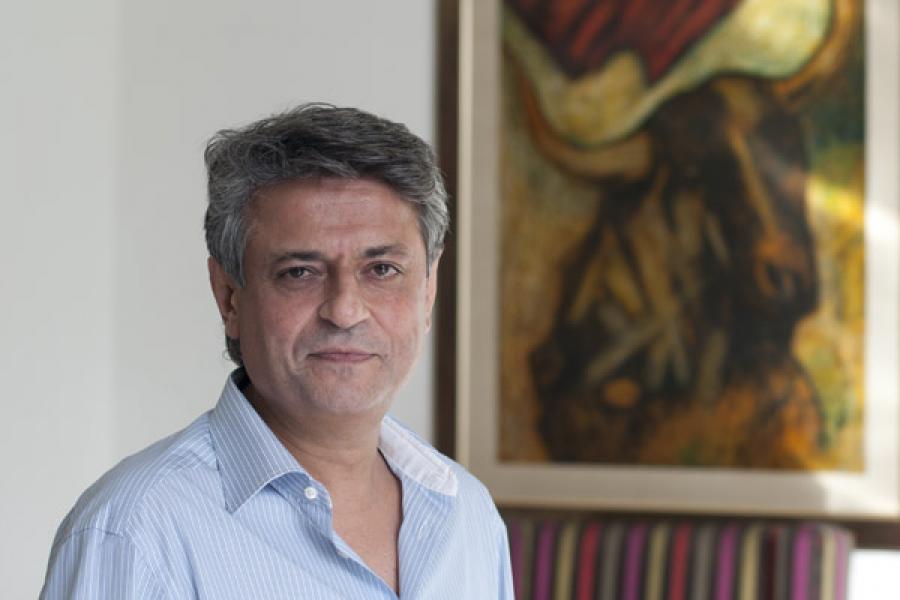 Over the past decade, Patu Keswani has rightly earned the title of a master hotelier. The founder of Lemon Tree Hotels now runs 24 hotels with nearly 3,000 rooms and is clearly the fastest growing. Few though know that he is also now a "ballistic expert."

No, Keswani has not ventured into the defence sector, but the business environment today in India is such that an entrepreneur has to be ready for anything.

At a recent gathering with journalists at the launch of his much-delayed properties at Delhi's Aerocity, Keswani articulately explained how  a high-tech weapon needs to be triggered from a particular distance to pierce  a multi-layered window and hit its target.

The context here was Keswani's Lemon Tree Premier and Red Fox hotels that were now opening in late December after a delay of a year due to security concerns. The hotel was supposed to be too close to one of the three runways of Indira Gandhi International Airport. Moreover, a VIP route to the airport runs along the hotel, adding to the "risk." So before opening the hotels, Keswani  - like rest of the hoteliers in the hospitality hubs - would now need clearances from security agencies. In other words, windows of the hotel rooms needed to be beefed up.

What followed was frequent trips to security establishments from Delhi Police to the DRDO, especially to its ballistic testing lab in Hyderabad. The initial material suggested by Keswani to be used for the windows in hotel rooms failed the test, which included shots from AK-47, SLR rifles and pistols. "I also tested with the pistol," says Keswani. Reason? The bullet could pierce the "window" though it landed just two meters away. "I have also become a ballistic expert," says the hotelier tongue firmly in cheek.

The DRDO is yet to give another hearing to Keswani and his team. But the delay of a year has already hurt him. "I have incurred a loss of about Rs 100 crore. The two hotels are now opening in December, which means that I have missed November (the best month for hotels). This will further delay the stabilization time for the hotels," the entrepreneur said. Right now, about 150 of the 500 rooms in the two adjoining hotels are sealed until they get clearance.

When fully complete, the Delhi Aerocity will have 5,000 rooms belonging to hotel companies such as JW Marriott and Ibis, making it the biggest hospitality hub in the country. The total investment expected is Rs 10,000 crore. The nine plots for hotels and three for other commercial use were first allotted in 2007 and were supposed to be ready by the 2010 Delhi Commonwealth Games. But a delay in allotment saw the hoteliers missing the 2010 deadline. Incredibly, it was only in 2011 that the security issues were brought up.

Keswani is smiling when he says this but the anger in this words are apparent when he talks about populated areas close to the airport that could be a higher risk. "There is a village close to the runway that has a population of 4,000. Sector 8 of Dwarka is also close by."  Those flying to Mumbai would also point out the slum that almost dot the runway of the financial capital's airport.

Apart from his firm's loss, Keswani says that his investors - pension fund managers, the Netherlands-based APG and private equity major Warburg Pincus - are not a happy lot. APG, says Keswani, wanted to invest $2 billion in India,  but they have only invested only $300 million till now. Apart from Lemon Tree Hotels, APG has also invested in Godrej Properties. The "country risk" is now too high for APG to pledge more money.

"It tells you why not many want to invest in India right now," says Patu and adds, "Today the only good news is the victory of AAP!"

22,715
Thank you for your comment, we value your opinion and the time you took to write to us!

Tweets by @forbesindia
Prev
Four years in the making and still nothing: The Apollo-Cooper Tire mess
Next
Mumbai New T2- Constrained from Birth