How successful transformation can help grow the business empire

The idea that technology alone can provide all the answers is a myth; It’s more critical to focus on the human element or the customer experience that is required 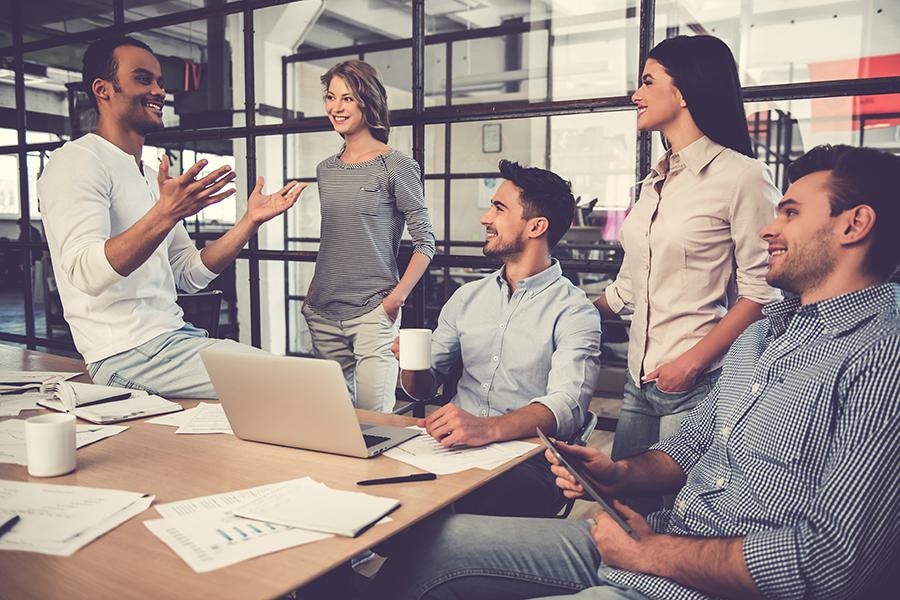 Emerging as an Emperor It is said that with the era of digital disruption, two-thirds of the Fortune 500 companies will no longer exist. And this is what keeps the CEOs of most companies awake at night as they grapple to achieve the growth and ambitious targets set forth by their boards. What should they do to ensure that their companies not only remain relevant tomorrow, but take advantage of the digital opportunities?

Nearly every company today is embracing a transformation journey enabled by the convergence of technologies. These are strategic business transformation programmes that can help an organisation weather the digital storm with one of the three outcomes: 1) diminish or perish 2) survive but not make significant impact and 3) emerge as a leader through a game-changing disruptive play. No prizes for guessing which one an ambitious CEO will choose.

The journey of a CEO is no different from that of ambitious kings who gazed into the crystal ball and planned strategies to grow their kingdoms beyond the empires they created or inherited. Those who successfully grew their empires became rulers of many lands – and were called Emperors.

The key to the success of CEOs with an emperor’s ambition not only lies in what they do, but more importantly how they do it. Let's look at some of the aspects that make a strategic business transformation journey successful – focused on, of course, the growth of the empire.

Focus on the human experience
More often than not, companies look to new-age technologies as a one-stop solution for all their transformation needs. And this is usually where they go wrong. The idea that technology alone can provide all the answers is a myth. It’s more critical to focus on the human element or the customer experience that is required.

New technologies are far more intuitive than ever before and that brings in a new dimension. Today, ensuring that a technology adapts to the user i.e. the ‘experience’ is a must before embarking on the transformation journey. The user is no longer satisfied with just being just satisfied. Their expectations go beyond the pure functionality of technology. It’s no longer about implementing new systems, but about creating a differentiated or disruptive experience for one’s customers, employees or any other stakeholder who will use those systems. It’s about understanding the unmet needs and desires and seeing beyond optimising and improving to disruption. This requires a company to look at a business problem through various lenses – bring in different perspectives from across the company and not just IT to make sure everyone’s speaking the same language – that of human experience.

Great kings like Ashoka and Akbar always strived to understand their people and give them an unforgettable experience, which is what eventually immortalised them in the pages of history. It is said that Emperor Akbar and his ministers often walked through the kingdom disguised as common men to understand how people felt. Many of Akbar’s reforms related to tax, land and religion were born from these excursions. The Emperor also established the Diwani-i-Am, a public grievance forum, where he met people to address their problems in person. Ashoka appointed officers called Dhamma Mahamattas who kept the emperor in touch with public opinion. It’s this empathy towards their people that made Ashoka and Akbar two of the most revered leaders in Indian history.

Break the silos within
Business transformation is no small feat. It calls for a complete change – from the boardroom to the basement. And it can be achieved only by breaking down the silos. It is important though to adopt a proper strategy for collaboration across departments with a clear end goal at the start of this journey – else there would be complete chaos. There is a method to the madness after all.

People need a well-defined vision for how the technology will support the new business strategy. Your organisation needs to see how the transformation efforts will integrate with the go-to-market strategy, increase efficiencies in the supply chain, help regain competitive edge and unlock value – constantly. Only then will all the stakeholders get behind it.

Chandragupta Maurya, the first true emperor of India, had a vision – and that vision bonded all nobility, generals and the people. He dreamed of breaking down political barriers and unifying the smaller kingdoms under his rule to end constant battles between them. People from all walks of life, who were tired of the violence and bloodshed, were more than willing to rally behind the young crusader. They bought into his vision of peace and that of a strong, unified and prosperous India. It was this conviction that helped Chandragupta Maurya overthrow the mighty Nanda dynasty - a feat that even Alexander the Great and his army shuddered from - and realise his dream.

Innovation from anyone
Many companies typically follow the chain of command when it comes to brainstorming. The view is that the more senior you are, the better equipped and more experienced you are to come up with solutions that can help the business. Companies need to quickly realise that in the digital age, disruptive and novel ideas can come from anyone at any level – from the CEO to the trainee. It’s therefore critical to listen to as many different voices as possible during ideation. Often the softest voice in the room has the grandest idea. Today, the rules of ideation are changing quite fast and some of the most innovative thoughts come in from people who are new and look at business problems through an outside-in lens.

The concept of open innovation is now the mantra. Companies need to involve stakeholders outside their organisation to collaborate, think through solutions and solve business problems. Many companies bring in start-ups who operate in various areas to work alongside their executives. This brings in fresh, new ideas and perspectives.

No one understood the power of collaborative thinking and co-creation better than Akbar. He encouraged the free flow of ideas among his officials. Many of his revolutionary social, religious and administrative reforms were a result of such open discussions with his people, especially the Navaratnas like Birbal, Todar Mal and Abul Fazl.

In the great battle of our digital era, some will lose and some will win but only a few will emerge as Emperors from kings. The above perspectives are a few important steps that one needs to keep in mind when planning a strategic business transformation with the objective of propelling or retaining the company’s position in the market tomorrow.

15,001
Thank you for your comment, we value your opinion and the time you took to write to us!

Tweets by @forbes_india
Prev
Why do family businesses disintegrate?
Next
The meritocracy - teamwork conundrum