India catching up on international trends on compliance

Bribery and corruption remain a big concern. There is a dire need to improve ways of conducting business while maintaining sound practices 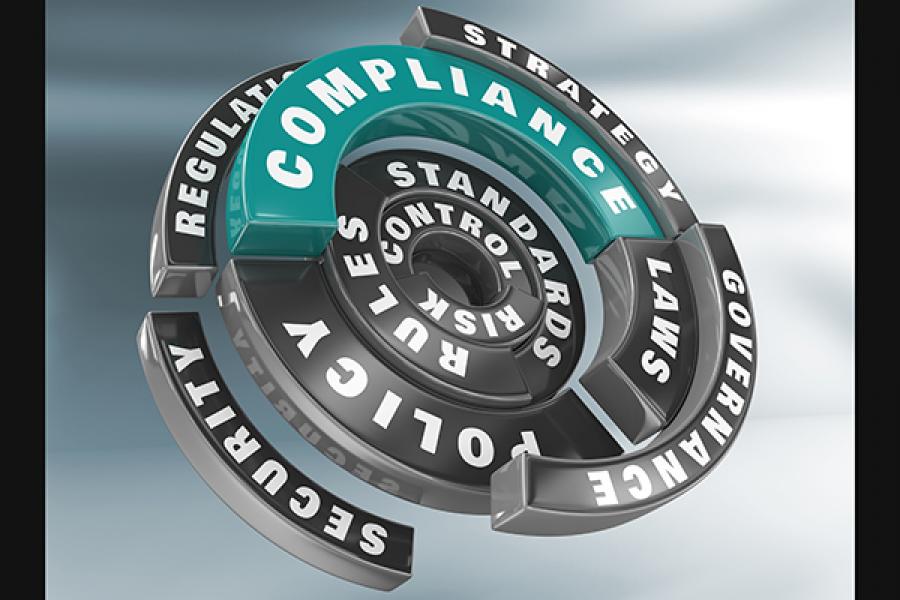 An effective compliance plan for Corporate India would involve the establishment of global leading practices, policies and procedures

India has seen a spurt of corporate scams and cases of corporate espionage. This has resulted in an urgent need for a strong corporate compliance function.

Bribery and corruption continue to pose significant challenges in India. The 2014 Transparency International Corruption Perceptions and Bribe Payers Indices (2011) rank India 85th (out of 174) and 19th (out of 28), respectively, indicating the severity of the issue.

Corporate India is now slowly taking steps in the right direction in principle but still not investing enough in practice. An effective compliance plan would ideally include more than just an increase in budget allocated. It would involve the establishment of leading global practices, policies and procedures. It would also focus on providing appropriate training sessions to sensitise employees across the board about the importance of complying with relevant laws.

Recent trends in India on compliance Media reports around frauds and scams, coupled with the stigma of being ranked 142nd among 189 countries on the World Bank's ‘Ease of Doing Business’ index (2014) prompted the government to take serious measures to enhance India's perception and ranking. The idea was also to inculcate a culture of compliance and mitigate risks related to bribery and corruption. Some recent (and important) regulatory and judicial efforts in this direction are:

Bribery and corruption: The deterrence of bribery and corruption is one of the primary issues for governments worldwide. The US Foreign Corrupt Practices Act (FCPA), which prohibits businesses from bribing foreign officials and political figures, remains the most robustly enforced anti-bribery and anti-corruption (ABAC) legislations globally. The US Department of Justice and the Securities and Exchange Commission take the lead in its enforcement.

Taking a cue from the global community, ABAC enforcement has seen a significant traction in the past couple of years in India. This is coupled with action from the resurgent civil societies in India. Others include the new Indian Lokpal and Lokayuktas Act, 2013, which created a new ombudsman role to investigate allegations of corruption. Further, the Prevention of Corruption (Amendment) Bill, 2013, was introduced in Parliament to amend the Prevention of Corruption Act, 1988. It specifically covers the offence of giving a bribe to a public servant under abetment. It is yet to be passed in Parliament.

Comprehensive law on black money: A recent report from the Organisation for Economic Cooperation and Development which relates to erosion of the tax base has noted that companies are using several complex financial structures as a strategy for tax evasion. The Global Financial Integrity Report, released in December 2013, shows that 60 percent of black money generated in developing countries such as India takes place because of corporate tax evasion. With this in mind, the government proposes to bring the Undisclosed Foreign Income and Assets (Imposition of Tax) Bill, 2015, for curbing black money. This bill provides for prosecution and rigorous imprisonment of up to 10 years for those concealing income and assets and evading tax on foreign assets.

Responsibility of Independent Director (IDs) to mitigate and detect fraud: The evolving regulatory landscape has made IDs responsible for mitigating and detecting fraud. With this, the risk around non-compliance has increased significantly and organisations need to comply with global legislations such as FCPA and the UK Bribery Act 2010. For the first time, the Companies Act 2013 has defined fraud and outlines penalties for an act of fraud. It has enlarged the role, duties and responsibilities of IDs with respect to fraud prevention and detection. Additionally, it has also imposed heavy responsibilities on them for vigil checks and corporate governance.

Covering malfeasance in public procurement: The government proposes to pass a law on public procurement which is consistent with the United Nations Commission on International Trade model. In India, the Public Procurement Bill was introduced in Parliament in 2012 and sought to regulate procurement by ministries/departments of the central government. The objective was to ensure transparency, accountability and integrity in the entire procurement process. It was focussed on fair and equitable treatment of bidders, promoting competition and enhancing efficiency. It also included safeguarding the integrity of the process and enhancing public confidence in public procurement. However, the bill was not passed by Parliament.

Non-interference of courts in arbitration proceedings: According to the World Bank, a large number of pending cases in Indian courts and sluggish implementation of judicial reforms are the key reasons for India’s low rank on the ‘Ease of Doing Business’ index. In relation to international commercial arbitration, the Supreme Court which was known to have adopted an interventionist approach in arbitration matters has substantially changed its stance. Post the decision in the case of BALCO vs Kaiser Aluminium (2012, Supreme Court), it has been seen that the Indian courts are now less keen to interfere in arbitration matters, thereby adopting a pro-arbitration approach.

Antitrust compliance: India introduced the Competition Act in 2002 (however, the Act was operationalised in 2009) which is modelled on the modern competition law regimes. Many concepts of the new law are similar to those found in other jurisdictions such as the European Union or US competition law.  Although relatively young in terms of its lifespan, the Competition Commission of India (CCI) has received more than 550 complaints alleging violations of the Act so far. This has been across both private and public sectors, and the number of complaints filed is increasing exponentially. The CCI has initiated action against several companies - till March 2015, it had already imposed penalties of about Rs 124 billion. Several Indian corporates are now taking serious steps in order to comply with the antitrust laws in the country. A dichotomy here is that a recent EY survey, ‘Calibrating the pulse of Competition law in India’ states that 80 percent of Indian companies are not even aware about the existence of competition laws in India.

Conclusion
Today, there are an increasing number of governmental and judicial measures to build a business environment conducive to both foreign and domestic investors and entrepreneurs. But there is also a dire need to improve ways to conduct business while maintaining sound practices. These include protecting shareholders’ interests, eliminating archaic laws to open the country to foreign investments and supporting faster growth. Corporate India will now have to sit up and take notice of the necessity to sustain compliance structures. They also need to ensure that their business is not only profit-generating but also legally efficient.

7,679
Thank you for your comment, we value your opinion and the time you took to write to us!

Tweets by @forbes_india
Prev
A high-paying job or happiness: Why not both?
Next
Mobility is powering the digital revolution