Indian automotive industry: The road ahead

The government and the industry must work together for successful results 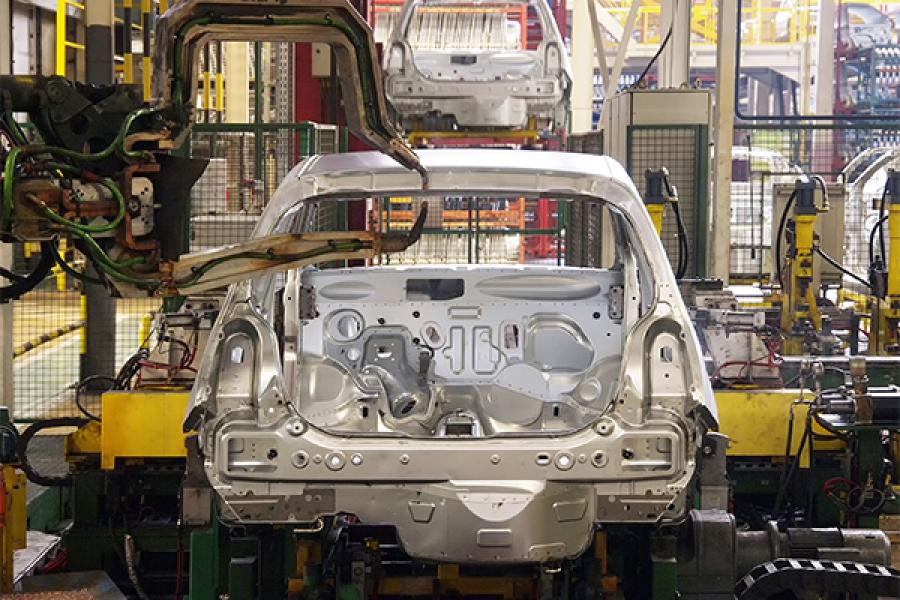 Background: According to the Society of Indian Automotive Manufacturers (SIAM), Indian automotive sector today is a $74 billion industry and by 2026, the industry is expected to achieve a turnover of $300 billion- clocking a CAGR of ~ 15 percent. The Automotive Mission Plan (AMP) was drafted in 2006 to map the aspirations of the auto and auto component industry, to promote India as a preferred global manufacturing destination and introduced intervention and prescription mechanisms for promoting the industry.

AMP 2016-26 is likely to be formally announced by the end of the year and is expected to provide a ten-year road map. Recently at SIAM’s 55th Annual Conference, GoI and SIAM provided a brief overview of the new AMP which appears to recognise the need for auto and auto component manufacturers to move from plain vanilla manufacturing to building design and engineering capabilities. This column aims to analyse the achievements of AMP 2006-16 and highlights expectations from AMP 2016-26.

Background of AMP 2006-16:
As per the ministry of heavy industries and public enterprises, for FY 2014, automotive industry formed 7.1 percent of the GDP, 45 percent of the manufacturing GDP, contributed 4.3 percent to exports, and 13 percent to excise revenues. During 2006-16, the industry created 19 million additional jobs and saved 8.6 billion litres of fuel.

While a lot of ground has been covered under AMP 2006-16, the industry missed out on the optimistic targets set under the plan. Infrastructure bottlenecks, delayed reforms, policy stagnation, high interest rates, and global financial meltdown played a complex role in demand disruption.

The challenges presented by demand disruption could have led to a race for innovation. However, the message was ignored and we observe the following phenomenon:

AMP 2016-26:
Based on the brief overview provided by the SIAM conference, AMP 2016-26 envisions at developing India as one of the top three automotive manufacturing hubs in the world. An optimistic revenue target of $300 billion for FY 2026 has been set.

National Automotive Testing and R&D Infrastructure Project
The government has already spent $280 million for creation of centres of excellence and crash test centres. The centres would help the industry to comply with advanced norms and help in implementing AMP.

The National Electric Mobility Mission (NEMM) Plan 2020
The National Electric Mobility Mission Plan 2020 and policy of Faster Adoption and Manufacturing of (Hybrid &) Electric Vehicles in India aims at creating a vehicle base of ~7 million electric cars by 2020. The policy aims to provide incentives to buyers as well as suppliers and for undertaking R&D initiatives, to create public charging infrastructure, to encourage retro-fitment of vehicles. National Automotive Board (NAB) under the supervision of the department of heavy industries has been constituted for implementation of the plan.

Other policy initiatives
The government of India has extended support to the industry by increasing customs duty on CBUs of commercial vehicles from 10 percent to 40 percent, reduction in duty on chassis for ambulance manufacturing from 24 percent to 12.5 percent, extension in concession on select parts used in the manufacture of electric & hybrid vehicles and weighted deduction up to 200 percent of expenditure on R&D for computation of expenses under Corporate Tax.

The key challenges for meeting the targets set out in the plan are alignment with global emission standards and safety norms, lack of infrastructure, urban congestion, integration of smart concepts-vehicle to vehicle and vehicle to infrastructure, meeting efficiency needs, and safeguarding intellectual property rights. Some of the other challenges are:

BMR point of view
While we have launched ambitious policies in the past, such policies have become plagued by reform stagnation and suffered subdued enthusiasm on incentivisation and implementation front. To help the industry leapfrog into the next generation of opportunities, we believe that a two-way road map has to be built by GoI as well as the Indian automotive industry. While the government has to make serious efforts on policy implementation, industry has to take the onus for making Make in India a truly Made in India campaign.

41,981
Thank you for your comment, we value your opinion and the time you took to write to us!