Technology is set to change how law is practiced 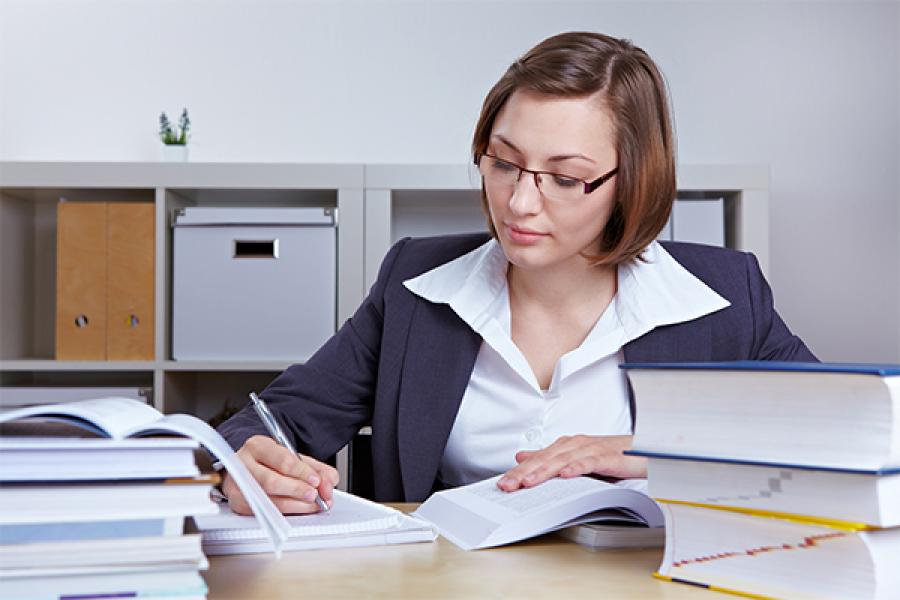 While humans are still involved in reviewing documents, Technology Assisted Review (TAR), a relatively new tool, is helping humans boil the oceans of information to find the pearls that matter to legal cases

Remember these from the Star Trek series? Communicators for Trekkies. Phasers which could be set to stun. Video communications between spaceships. Personal Access Data Devices for work, pleasure and play. Bionic eyes in Geordi’s VISOR. Food replicators.

Science fiction, the genre that spins tales of imagined future worlds, has been fairly prescient with some of the greatest innovations of mankind – the Star Trek series gave us cellphones, Tasers, Skype, tablets and more. Other futurists imagined what we now take for granted: HG Wells gave us tanks, Edward Bellamy conjured up debit cards, and Jules Verne sent us to the moon.

But what about the law? Aside from an occasional trial, lawyers have been rare in sci-fi. Perhaps it is because, as Robert J Sawyer, a sci-fi writer, commented, “Law practice” is “simply a matter of being aware of the law, finding precedents, and summarising same. Database work, in other words.”  In Star Trek: The Next Generation, this task was performed by Data, the robot.  In Jupiter Ascending, the lawyers were bioengineered, genetically modified beings designed (supposedly) to be good at resolving legal problems (perhaps if they ever came about they would merit their own designation such as homo lexus or homo legalus?).

I have often wondered what the future of legal practice would look like over the next few decades. The legal profession – despite being conservative and slow in adapting, if not downright resistant, to technological change -- has not been able to escape from the rapidly evolving way humans work, live, connect, communicate and play.

Already, the vast armies of lawyers poring over mounds of documents, records, and emails, looking for bits and pieces of information critical or even somewhat relevant to their legal matters, is rapidly becoming a thing of the past.  While humans are still involved in reviewing documents, Technology Assisted Review (TAR), a relatively new tool, is helping humans boil the oceans of information to find the pearls that matter to legal cases. Lawyers train a computer through an algorithm to rank documents by their responsiveness to requests for discovery. The process starts by creating a Review Set (this can be all available documents or a subset created by applying custodians, date ranges, and targeted searches using keywords, Boolean strings, concepts or clusters). Next, attorneys review a random selection from the Review Set to create a “Seed Set”, marking documents as relevant or non-relevant. The computer then uses an algorithm to analyse the “Seed Set”, “learns” the patterns distinguishing relevant from non-relevant, then mass reviews and codes the remaining documents in the Review Set. It then ranks the documents from most to least relevant. Attorneys can then choose to review the results, simply produce the most relevant while discarding the least relevant, or any combination in between.

TAR is more efficient and more accurate than human-only review. TAR requires, on average, human review of only about two percent of the data. A 2009 comparative study demonstrated that while human-only document reviews are accurate about 36 percent of the time, TAR increases accuracy to about 80 percent.

Other innovations also promise to disrupt the legal profession. In journalism, computer programs are writing articles that are indistinguishable from those written by humans. The computer spots trends in raw data, eg, corporate earnings and sports results, and then writes the findings in natural language.  Computer programs can even write poetry! Given this, there should be nothing to prevent a computer from reviewing the findings of a TAR review and then organising key facts in summaries, memos, and chronologies.  These could help lawyers prepare for meetings, negotiations, conferences, depositions, motions, hearings, and trials. The next step would be to tie in the databases containing legal cases, statutes, and regulations. The computer could then prepare draft motions, pleadings, and briefs. Even more strategic, computers are now able to analyse data from past judgments, including factors causing cases to be won or lost, and the amount of damages and fees, to help lawyers decide which cases to take. These changes promise to disrupt many career paths. After all, much of the work that could be done by computers is now performed by paralegals and junior associates.

While technology promises to change how law is practiced, even the boldest of sci-fi writers kept humans in the role of judges and advocates. Perhaps they believed, or were more comfortable believing, that while technology could help humans efficiently mine and organise facts, data, and patterns, humans would still retain a monopoly on analogical reasoning. So far, this has been the case. But even this assumption may soon fall to the relentless scythe of progress. Efforts are underway to automate the cognitive abilities of knowledge workers, including practical reasoning and persuasive argumentation. I hope the sci-fi writers are proven right and humans retain and remain in control of our fates.

3,033
Thank you for your comment, we value your opinion and the time you took to write to us!

Tweets by @forbesindia
Prev
Many companies now favour continuous feedback over annual appraisals
Next
Indian automotive industry: The road ahead