Kerala Monsoons with Johns and Popy

Marketing gurus will tell you that only in Kerala have umbrellas have made the transition from a commodity to a product. And the beginning of that transition can be traced back to 1995, when the local umbrella industry’s first family - the Thayyils - split. 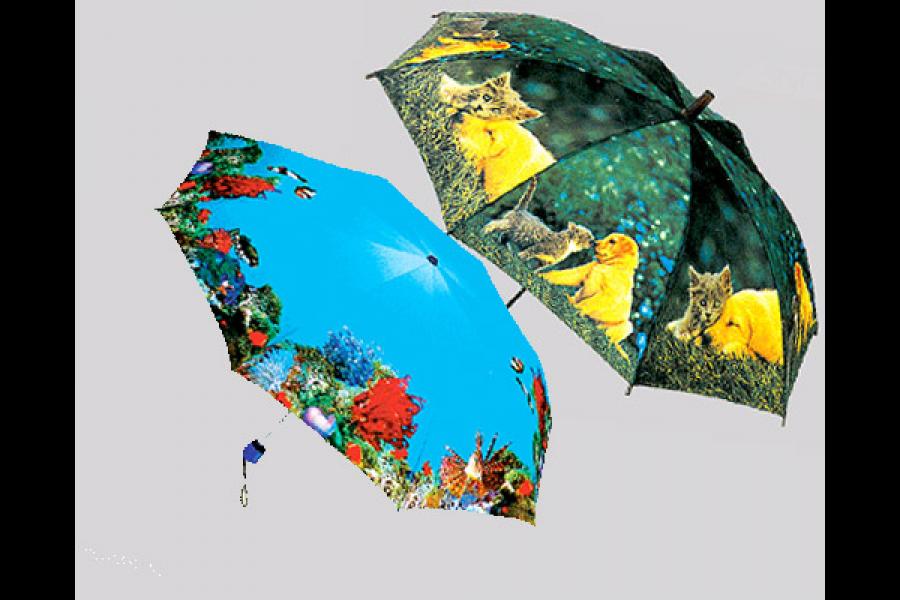 The onset of monsoon in Kerala, albeit slightly delayed, might have brought respite to the parched sentiments in Dalal Street and South Block. But in Kerala, beginning of the rainy season is more about keeping up with an age-old tradition. And this is to do with the timing of buying umbrellas when schools reopen on June 1.

Unlike most of the other states in the country, in Kerala umbrellas are not only a necessity but also something that one needs to keep safe- like a treasure. A few days ago my sister came back home to find her three umbrellas missing from the car porch, obviously stolen by someone preparing for the monsoon. “It included a Johns and a Popy!” my sister despaired. The Popy was part of my nephew’s school-opening gear. To those who are new to Kerala’s umbrella culture, Popy and Johns are the two most popular brands. And only a Kerala mother can understand the value of those names in keeping sanctity at home.

Marketing gurus will tell you that only in Kerala have umbrellas made the transition from a commodity to a product. And the beginning of that transition can be traced back to 1995, when the local umbrella industry’s first family - the Thayyils - split.  Two grandsons of Thayyil Abraham Varghese, who had founded the St George Umbrella Mart in Alappuzha in 1954, branched out. Davis Thayyil formed Popy Umbrella Mart and his cousin Joseph Thayyil created Johns Umbrella Mart.

The competition between the two cousins has since opened up a world of choices for Kerala’s consumers. Both the companies are registered in Alappuzha, famous for its backwaters, and each claims to be the largest seller of umbrellas in the country. The game of one-upmanship has led to innovation in products and entertaining marketing campaigns. For instance, when Ratan Tata launched the Nano car in 2008, Davis was quick to latch up to the opportunity and introduced ‘Nano’ umbrella, which at 16cm claims to be the world’s smallest. Joseph responded with ‘Atom.’ Both the companies have wisely targeted the young audience in their television and print commercials. “The adult segment of the market is the biggest, but children are the best ambassadors and push buying pattern in the whole family,” says Joseph Thayyil of Johns Umbrella. Popy’s ad campaign of Maza Mazha Kuda Kuda Maza Vanaal Popy Kuda (rain, rain, umbrella, umbrella, when it rains, it’s time for Popy umbrella) was a rage among children.

This year, Johns has launched ‘H2O Shake,’ in which the teflon coating promises to keep the umbrella ‘dry,’ and the UPF coating protects from two grades of ultra-violet rays,” says Joseph. The entrepreneur wants to come out with more such umbrellas that have a “beauty” aspect to it. “Till three years ago the market has been dependent on the monsoon. But with products that target skin care against sun, we are trying to take off the seasonality.”  His cousin’s company has, on the other hand, come out with the Wonder 7 variant that has seven features including torch, thermometer, compass and whistle. If you are confused, it’s an umbrella that we are talking about!

Though there is no official source for statistics, industry players say that almost seven to 10 million pieces of umbrellas are sold in Kerala every year, the most for any Indian state. And the competition with his cousin, accepts Joseph, has helped. “Alappuzha, where the two brothers are based, has 75-80 per cent of the market share,” he says. Margins are also better as the Kerala consumer is ‘quality conscious.’ While in other markets the average price of an umbrella is about Rs 100, in Kerala it is upwards of Rs 200. The Nano for instance comes for Rs 350 and the H2O Shake has a Rs 400-tag. That is about the amount of money my sister will have to shell out to convince her son to go to school.

41,355
Thank you for your comment, we value your opinion and the time you took to write to us!