Such programmes are often initiated by an appointed champion at the top, and rarely impact those who need a change in mindset most; the better approach is for equality to be driven bottom up

Saumya Krishna is Principal at Kearney. 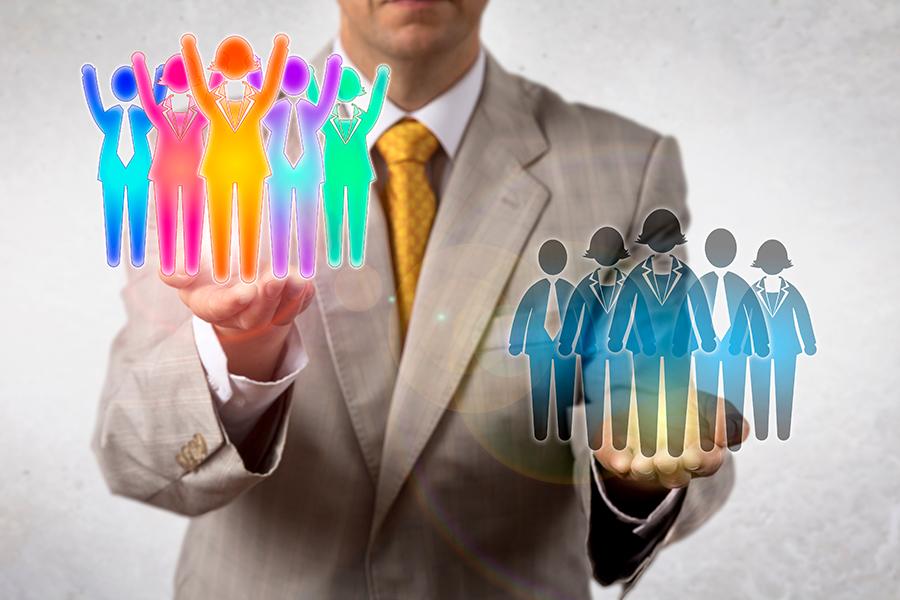 In the last decade, many organisations have championed gender diversity.

Some organisations have done a great job of setting and achieving ambitious targets for greater representation of women especially at the entry level, including in roles traditionally reserved for men. The best organisations, it is clear, really want to become more diverse and align it to business strategy. They have thoughtful and well executed diversity initiatives.

And yet, here’s the voice of a very bright and assertive young woman who started her post-MBA journey in trade marketing, and moved on to become assistant brand manager in the consumer packaged goods trade, at organisations that have carried the diversity flag for many years:

‘… there is a lot of scrutiny on performance/inputs on women employees in meetings. This happened to me several times. In already existing pressure to do your best in the first 90 days at your new job, there is increased covert scrutiny, which I'm not sure if men are subjected to, all things being the same.

… there is a sense of animosity that I have seen emerge amongst male colleagues, for e.g. statements like " she got hired because of gender diversity program" and hence an image of not being hired for competence but gender.

… And these biases of competence versus gender and let's put her under a scanner to see if she is worth the role, are difficult to navigate.’

From my experiences with women at work, I believe that this isn’t the lone voice of a woman starting at the bottom of the managerial pyramid. Even in thoughtful organisations, where a lot is being done for diversity and inclusion (D&I) there are many instances like this.

Why is this so?D&I in organisations has typically been a top-down agenda. The diversity “leader” (often a senior woman executive) or champion steers the team, gets the work done and is given credit for this. The D&I program itself is usually multi-faceted and includes enabling policies, mentorship, a supportive environment for women and training. Some organisations have training programs so that employees can discover and address their unconscious biases, for example, toward gender.

Herein lies a problem. The top-down approach to D&I while changing what people say about gender, may not change attitudes and behaviour sufficiently; precisely because it is top down.

The diversity champion at the top is a long way away in the organisational pyramid from people who execute the programmes; D&I KRAs, targets and roles are assigned, not necessarily to people who feel strongly about the need D&I but are keen to meet targets. These people become the filter through which D&I issues and ideas must pass up the organisation.

It can be different. If D&I is marked as an organisational priority, the pyramid can be inverted so 'inclusion' becomes a bottom-up agenda, making it anyone’s (or everyone’s) job and mandate. Where anyone who perceives a D&I issue or has an actionable idea around it can directly reach out to whoever at the top is championing D&I (can be more than one person) or is in a position to do something about it, seek guidance, initiate a conversation around it, without having to go through a superior or local HR.

It is when the individual least impacted by this takes cognizance of the need for it—i.e. calling out biases, discussing inclusion openly, championing causes, which otherwise may have been led 'top down', that the behaviour change will become more pervasive. The D&I team at the top continues to support and guide but their role shifts from directing change to shaping, listening and facilitating it.

Make diversity & inclusion a group agenda, driven bottom-up. Make the junior-most supporter a champion, empower him/her and help them become a herald of change. The change transformation will be enormous.

A possible fall-out—as conversations around gender D&I become more open (likely if bosses are not hovering over the conversations)—people will question the policies and the ‘concessions’ available to women. This is a good thing. Good, because it will compel the company to examine and be open in its assumptions around gender diversity and why it is a good for the organisation.

The writer is Principal at Kearney

2,944
Thank you for your comment, we value your opinion and the time you took to write to us!

Tweets by @forbesindia
Prev
Businesses, here's how to plan for the new battlefield
Next
Facebook's ad boycott: Fixing the broken media ecosystem