Maldives chucks out GMR in a repeat of Thackeray-Enron saga

India Inc has had their share of relatively smaller `law and order’ problems in their journey into Africa and a few brushes with shifting goalposts in places like Indonesia and Russia. But being thrown out, after signing a twenty-five year, supposedly iron-clad international contract, is a first. 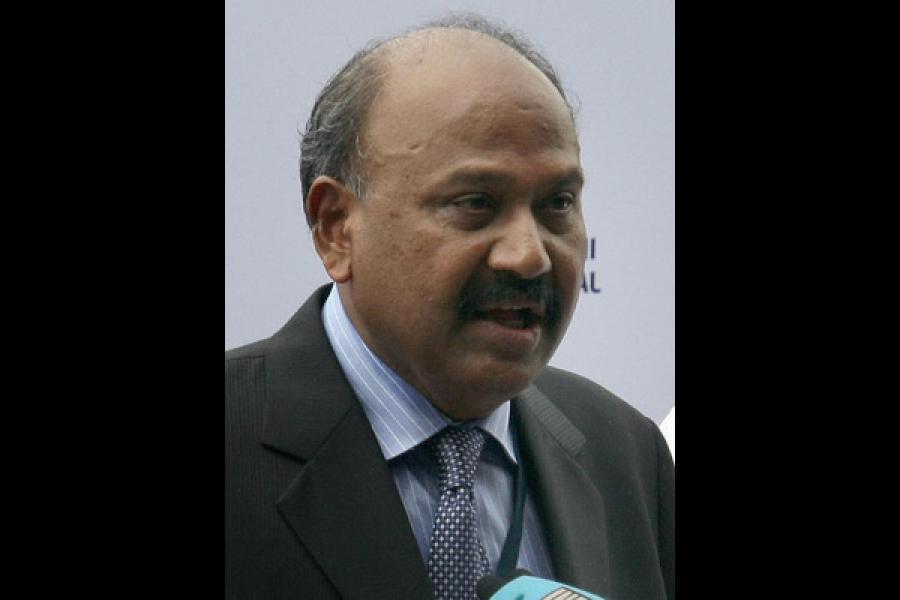 (Update - The Maldives government and political right wingers have hardened their stand against GMR in the past 48 hours. The Maldives Civil Aviation Authority has informed GMR that its licence to operate the airport will be invalid after Dec 6. The Immigration department has said it will not renew visas and work permits for employees. Maldivian daily Haveeru Online reports that Adhaalath party chief Sheikh Imran and his coalition have threatened to invade the runway if GMR doesn't leave in a week)

When the GMR Infra-led consortium bagged the mandate for operations (and expansion) of the Male airport in 2010, the Indian company was in the middle of a global push. The plan was to hive off and list its airports business. GMR led in the race for three airports in Brazil, and had pitched for projects in Indonesia and eastern Europe. The $500-m project in Male was built on early success at Istanbul's Sabiha Gokcen airport.

The Maldivian cabinet decision on Tuesday, to send the Indian consortium packing has brought into focus the risk of doing business in emerging markets with rapidly changing political landscapes. India Inc has had its share of relatively minor `law and order’ problems in its journey into Africa and a few brushes with shifting goalposts in places like Indonesia and Russia. But being thrown out after signing a 25-year, supposedly iron-clad international contract, is a first.

In many ways GMIAL (GMR Male International Airport Ltd), the joint venture (between GMR Infra and Malaysian Airports) which operated the Ibrahim Nassir International Airport, has met a fate remarkably similar to Enron’s Dabhol Power Corp in Maharashtra in the mid 1990s. Like Enron in India, GMIAL's project was the largest single foreign investment into the archipelago at the time. How then did public resentment build up to such a frenzy over two years? In both cases much of the ire was fomented by political parties.

GMIAL won the contract to operate and expand the Male airport after competitive bidding overseen by the IFC (International Finance Corporation), a World Bank arm with impeccable credentials. The consortium beat a Turkish-French consortium (TAV Holdings-Aéroports de Paris. GMR’s win was based on sharing more from fuel sales and a higher upfront payment compared to non-fuel (retail and other) revenues.

The agreement was signed in June 2010 with the former president Nasheed's administration. So far so good. As part of its bid, GMR had paid the government a fee of $78 million. It had also agreed to part with 1% of non-fuel revenue, 15% of fuel revenue for 2011-2014, which would go up to 10% and 27% respectively for 2015-2025. The plan was to improve the duty free and retail facilities - which would offset the (higher) sharing of fuel revenue. The consortium also started levying a $25 per passenger Airport Development Charge (ADC) to pay for constructing a much bigger new terminal. This did not go well with the local population.

Opposition to the ADC began growing rapidly. The loudest opponents were the Adhalaath party, a right-wing outfit led by its very vociferous president Shaikh Imran Abdulla. One of the opposition parties, the Divehi Quami Party (DQP), filed a civil case blocking GMR from collecting ADC. After a few months of non-collection, President Nasheed’s government chose to honor the commitment made to GMIAL and offered to pay the ADC from the government's share of concession fee.

Popular sentiment started changing at this point; as the government started paying the consortium instead of earning revenues from it. The feeling was that GMIAL was raking in revenues from retail businesses, while the government and Maldives got nothing. For GMIAL, disaster truly struck when President Nasheed was deposed in a midnight coup this February. A coalition of opposition parties came to power. Opposition to GMIAL grew stronger and the government escalated the ADC issue, attacking the consortium on nationalistic grounds as well as with specious issues such as allegations of allowing Israeli bombers to refuel en route to bombing Arab territories. The ADC matter moved to international courts and went for arbitration to the Singapore High Court. GMIAL battled the government’s airport company MACL (Maldives Airports Company Ltd), which operated Male airport earlier.

In an interim order in November, the court granted a breather to GMR by restraining MACL from going to a civil court in Maldives. Public anger was by now being galvanized on the streets. Imran and the Adhalaath party had begun issuing ultimatums and deadlines to `reclaim’ the airport from the Indians. Marches were being organised on the streets every fortnight. The campaign gained strength because of tacit support from the government and President Waheed. The cabinet decision Tuesday was a mere formality.

In October 1995, the Maharashtra state government, under chief minister Manohar Joshi, had bowed to a similar sentiment and 'scrapped’ Enron’s Dabhol Power project, despite a long-term agreement signed by the earlier government. The pressure was mostly from its own ally, the BJP, which had threatened to break the alliance if they didn’t comply. There was much rhetoric in the state assembly on how the project would harm mango production in the Konkan and that it should be 'thrown into the sea’. In Enron's case, the state did a volte face within three months, changing its position completely on every issue including the mangoes in Konkan. The Houston company top-brass led by Rebecca Mark met with the late Bal Thackeray in Mumbai, and the project was resurrected. Enron and DPC's subsequent problems are another story.

But in Maldives, resolution to GMR’s problems could well depend on whether GM Rao can work the same magic as Mark did, all those years ago.

8,843
Thank you for your comment, we value your opinion and the time you took to write to us!