Imagica’s journey began four years ago when Shetty who had sold Adlabs to Anil Ambani was searching for something to do. One question popped up time and again: Why was there theme park in India that could rival the scale of Disney or Universal Studios? 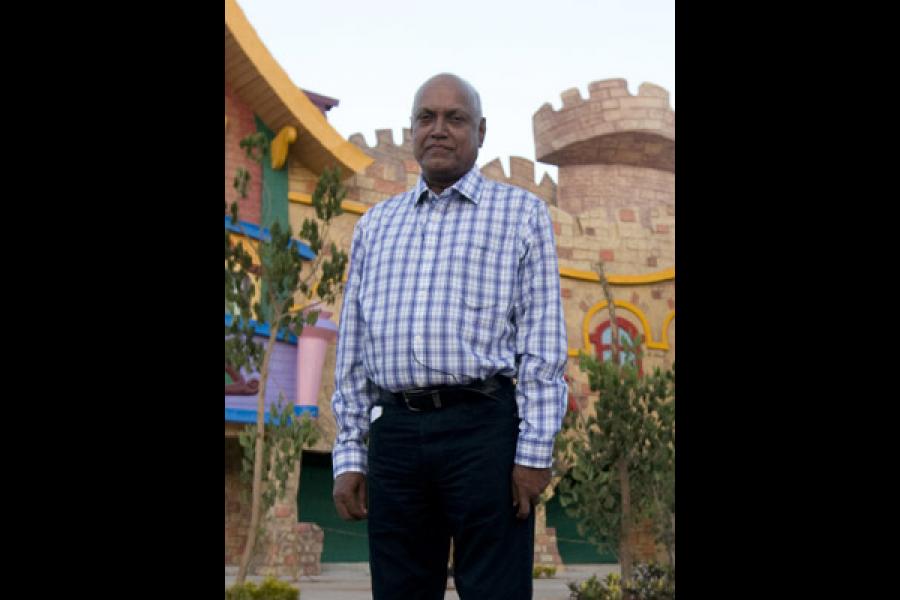 Gutsy entrepreneurs the world over have used this to justify their audacious and seemingly outsize plans. Manmohan Shetty seems to be no different. He’s betting big on Imagica, the theme park he’s created on the Mumbai-Pune Expressway.

Imagica’s journey began four years ago when Shetty who had sold Adlabs to Anil Ambani was searching for something to do. One question popped up time and again: Why wasn't there a theme park in India that could rival the scale of Disney or Universal Studios? Disney had seemed to suggest that Indians were not ready as they couldn’t afford the prices Disney would charge? Shetty knew it was a tough ask and he’d have to get everything from the pricing, to the rides and the food right.

Four years and Rs.1650 crore later Shetty stands on a strong wicket. The park, which opens to the public this Thursday is clearly several steps ahead from anything present in India.

First off, Shetty’s made sure that the park divided into six zones has a distinct Indian feel to it. For instance, take music – most of it is from Bollywood except a few pockets like the African restaurant where Zulu music serenades diners. There’s an adrenaline zone with two roller coasters (only one is operational at the moment). There’s a family entertainment zone where rides are based on Mr.India (you’re strapped onto a car and asked to chase Mogambo, the villain) and Ali Baba (you shoot the Chalees Chor and win points for each shot).

There’s also an incredible i for India ride that takes riders on a tour of all India has to offer – from temples to lakes and deserts to the snake boat race. Park staff usher you around from ride to ride with a politeness that is rarely seen in India.

Imagica offers 21 rides (19 are operational at present) that are designed to keep families and children busy through the day.

Shetty says he expects to get between two and three million visitors to the park a year. (1.75 million is what his business needs to break even) He’s based his numbers on careful calculations and says the park will be a draw for visitors from Mumbai, Pune and Nashik – a 40 million strong catchment area. Every monsoon 50,000 families travel from Mumbai to Lonavala. Shetty believes if he can get even half of them to stop at his park, he would have made his numbers. Ticket sales would bring in 70 percent of revenue with merchandising accounting for another five. Imagica offers 21 rides (19 are operational at present) that are designed to keep families and children busy through the day (Image: Vikas Khot)

Like all theme parks the world over Imagica expects to make 20 percent of its revenues from food. Five restaurants located around the park have been decked out in various themes. There’s an Africa themed restaurant, an Indian buffet and for those who can’t do without their hamburgers there’s an American diner. A day pass will set you back by Rs.1200 on weekdays and Rs.1500 on weekends - and this is only the introductory price.

So was it as good as Disney? Not quite. For starters, it’s a third of the size of Disneyland. A water park is expected to open next year along with a 300 room hotel. But with the rides and the food and the layout Shetty has got it spot on. Already he says he’s planning his next move with more new rides. As of now there are some rough edges – a part of the landscaping still needs to be done. 'Nitro' the largest roller coaster of the park is still a couple of months away. But word of mouth will ensure the park does well this summer. Sustaining it should see Shetty pull out all the marketing tricks in his book.

7,569
Thank you for your comment, we value your opinion and the time you took to write to us!