Mercedes bets on A Class to be its youth elixir

Can Mercedes Benz India make a comeback with the A Class? 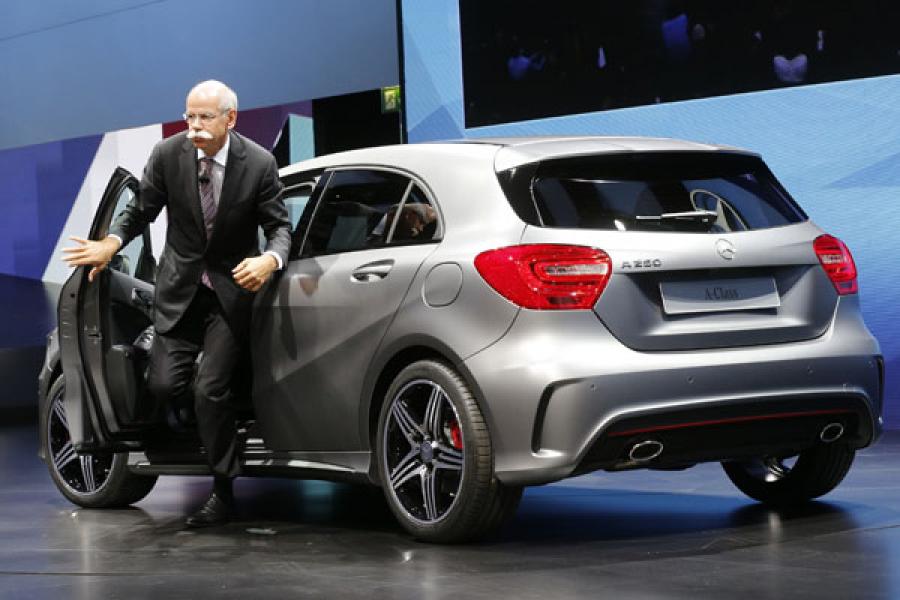 Compared to other emerging markets in the world, the Indian luxury car market isn’t very big. But it is interesting to see that even with sales of just about 29,000 odd units in 2012, car companies are still willing to invest and slug it out. Later this month (on May 30), Mercedes Benz will launch its premium hatchback, the A Class, in the Indian market. For a company which has slipped from No.1 to No. 3 (behind BMW and Audi in annual sales) in just five years, a lot rests on the A Class. 2013 will be an action packed year for the Stuttgart based automaker – after lack luster sales of the B Class (petrol), the diesel variant should be rolled out by September followed by the all new E Class.

So what does Mercedes hope to achieve? Two things – better volumes to catch up with competitors and an attempt to shed its image of a car brand for the oldies. But, can it?

New products are bread and butter for a car company, but it would be unwise to overstate the point. In 2012, the entry level luxury car segment in India (BMW X1 and Audi Q3) registered total sales of 5, 425 units. That’s about 18 percent of the total luxury car market. Mercedes has been absent in that play. While the A Class is certainly no sports utility vehicle (SUV), Mercedes Benz will have its eye on getting a certain share of this market. The company believes that India is a young country and with the A and B Class, it will target upwardly mobile customers who are not necessarily looking at a compact SUV or a sedan. “We believe that the entry level luxury car market is still fluid. There is no predefined pie. Today 5, 000 cars are being sold by just two products and we think that this has space for many more segments,” said a Mercedes Benz official who did not want to be quoted. The Mercedes Benz B Class

Globally the A Class has got a good reception. In the first six months of its launch in September last year, the company had already clocked sales of 70, 000 units. Like luxury car users globally, Indian users too have the inherent need to stand out. A car that’s new and looks different will certainly help Mercedes. Plus, it will have a head start over BMW, which is going to launch its own luxury hatchback, the 1 Series, in September this year.

But there is a little spoiler here- just like the B Class launched earlier, the A Class will also be a completely built unit (CBU) which means that it won’t have the cost savings of a completely knocked down (CKD) unit. According to sources, Mercedes Benz does not plan on starting local assembly for the A Class before 2016. Deepesh Rathore, Head of IHS Automotive, a forecasting agency expects the A Class to do volumes of about 700 units a year. “It is quite a gamble for anyone bringing in a luxury hatch in the Indian market. Because traditionally a luxury hatch has never sold in India in numbers. The dilemma is that a CKD assembly may not make sense because of low volumes. But because there will be no CKD then its price will be high compared to products from competitors. So it is a chicken and egg situation,” he says. Interestingly, Mercedes had launched the A Class in India way back in 2000-01 but it hadn’t done well.

What the launch of the A Class would certainly do is bring younger buyers into the company’s fold. The average age of a Mercedes buyer today is around 35 years. The company wants to bring that down to below 30.

6,775
Thank you for your comment, we value your opinion and the time you took to write to us!