with a hefty capitalisation amount and an alliance between Tata group and Singapore Airlines, Vistara has cutting edge advantage over other domestic airlines. Only time will tell, if this new entrepreneurial gamble pays off 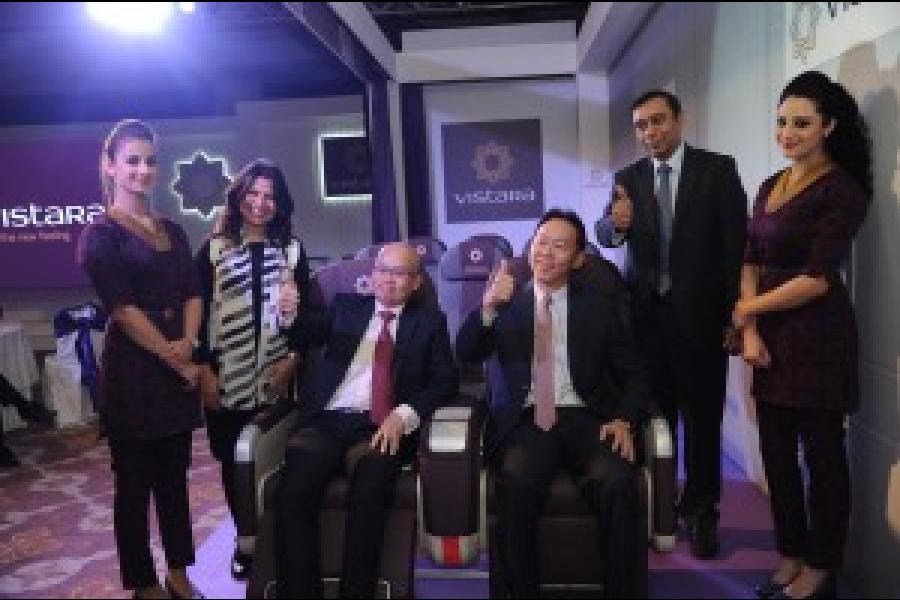 Though not many of you may remember, 2005 was a good year for Indian aviation industry. Three new domestic airlines were launched and with them, the dreams and aspirations of the tycoons behind them took off. Of those, one has packed up, the second is just about holding it together and the third, by its founder’s own admission has survived because it has stayed marginal. Kingfisher Airlines, SpiceJet and Go Air -- all three started operations in 2005. It is fair to say that the entrepreneurial efforts have seen them come to naught or thereabouts.

A decade later, a new airline is starting commercial flights today. This time with backers / promoters who have waited for a really long time to start an airline. As the first Vistara flight UK-890 takes off, the one pertinent question on everyone’s mind is – What are the chances of this venture being profitable? In FY14, the last full-year for which data is available, Indian carriers together posted operating losses of close to Rs 6,000 crore. Despite reduced capacity, the picture for this year may not be any rosy either.

Against this backdrop, what will it take for a new airline venture to succeed? There is one big difference between Vistara and others, which gives the airline a fighting chance in the cut-throat environment of the Indian skies.

Great Pedigree Vistara is a 51-49 joint venture between the Tata group and Singapore Airlines. Together, what the promoters bring to the table is unmatched by any other airline startup in India so far. Though the Tata’s have a bigger stake in the company, the senior management leading the airline have been hired from Singapore Airlines. They bring decades of experience of the airline industry that can make the critical difference between success and failure. Some may argue that airline seats are a commodity and can be sold the same way as any other product. But, as it has been repeatedly proven, the industry is complex and the market is hard to crack. It is highly regulated in most of the world and very expensive. Also, it has very stringent safety standards.

It is the nuts-and-bolts experience of aircraft / engine leasing, maintenance contracts, network management and optimising revenues that can make or break an airline. IndiGo is the best example of this in India. The airline has benefitted hugely from co-founder Rakesh Gangwal’s experience in the industry. Contrast this with entrepreneurs like Jeh Wadia and Vijay Mallya or in an earlier era Parvez Damania and SK Modi, who had no experience pertaining to the airline business. They took many big bets which were later proven wrong.

Vistara CEO Phee Teik Yeoh, has led Singapore Airlines in very competitive markets in the UK and the US. So have CFO’s and others. This should bring higher value to the airline. The other critical factor is network linkages. It is only a matter of time before Vistara is allowed to fly on international routes. Linking up with Singapore Airlines (SQ) to funnel traffic into and out of India, could be a great way of making sure that load factors and yields stay high. Over the years, SQ has formed its own little network with subsidiary company Silk Air and Tiger Airways. An Indian carrier has the potential to add substantially to this in terms of routes and traffic. The two airlines are already collaborating on aircraft and engines - Vistara’s twenty A320 planes are being leased from Chinese lessor BOC Aviation.

The Tata group brings the obvious Indian advantage and aviation legacy to the table. Both Vistara’s promoters also have deep pockets. The airline starts off with an investment of $100 million and does not run into the danger of being under-capitalised. This is one advantage that IndiGo did not have.

Launching a decade after the last rush into the Indian skies, the Vistara management also has the benefit of hindsight. This has helped them craft a model, which they think is the best bet for the market. The airline is launching with a three-class full service offering, something no one else has tried before in India. All the planes will have 148 seats of which 16 are in Business class, 36 in Premium economy and 96 in Economy. Contrast this with the market leader IndiGo, which also flies the same aircraft (A320-200) but in an all-economy configuration with 180 seats. With 88 planes in operation already, IndiGo has all the advantages of being a well-entrenched, successful incumbent.

For the airlines, the big challenge is to keep costs low and revenues high. But for the big bird watchers in India and around the world, the fight to watch out for in the coming years will most certainly be Vistara versus IndiGo.

7,255
Thank you for your comment, we value your opinion and the time you took to write to us!

Tweets by @forbesindia
Prev
How automation will re-define critical aspects of human life and increase productivity
Next
Educational ‘Make in India’: How tutoring system delivers with rigour, accuracy and excellence