Not So Ideal Road Builders

Brothers Jayant and Virendra Mhaiskar, both sons of Dattatray Mhaiskar, founder of construction company Ideal Road Builders, are under fire for lending money to and currying favors from the BJP president Nitin Gadkari. Is it possible for Virendra Mhaiskar to dissociate from ventures being run by his father and sibling?

The story of conflict between squabbling brothers has been played out several times over the ages. In corporate India, the high-profile falling out between Mukesh and Anil Ambani went on for well over five years. But the most recent such case hogging the headlines seems to have more twists and turns than many family feuds. Brothers Jayant and Virendra Mhaiskar, both sons of Dattatray Mhaiskar, founder of construction company Ideal Road Builders, are under fire for lending money to and currying favors from the BJP president Nitin Gadkari. 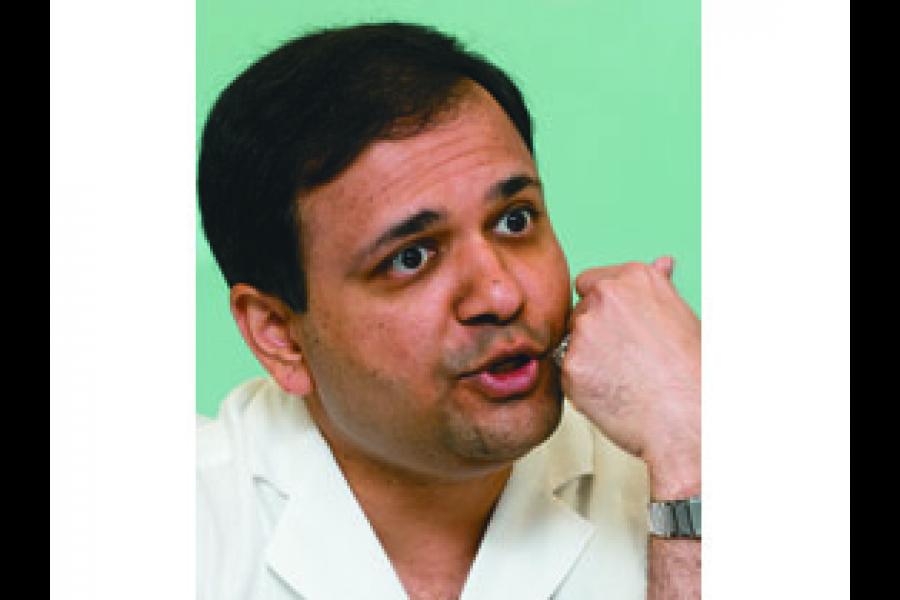 Mhaiskar senior (Dattatray), a director of Global Safety Vision, lent Rs 164 crore to Gadkari’s firm Purti Power and Sugar Limited. He says the money was from his personal savings. He told the Times of India on Tuesday that the `savings' came from selling shares in IRB Infra, a listed company controlled by his older son Virendra in which he held a stake.  The brothers, who could not get along with each other, had separated in 2008 and now operate in overlapping businesses through separate companies.

Virendra, on Forbes India’s list of 100 richest Indians, is chairman of IRB Infrastructure, a company that has slowly made its mark as a developer of integrated BOT road projects. The younger brother Jayant is managing director of MEP Toll Road Ltd, where Dad Dattatray is chairman and chief mentor. The privately-held MEP Toll is focused on toll collection (toll-plazas) and maintenance of roads. His most high-profile contract (with Maharashtra State Road Development Corporation) is to toll Mumbai’s five entry points and maintain 28 flyovers and allied infrastructure, for the next 14 years.

The Mhaiskar's family saga came in for public scrutiny when anti-corruption activist Arvind Kejriwal cast the first stone at Gadkari- and his links with the family. The story was followed up by the media digging up details of Gadkari’s business through a dozen shell companies, many with fake addresses. Kejriwal says Mhaiskar senior's loans to Purti Power are in return for favors made to the group when Gadkari was minister for roads in the BJP government in Maharashtra in 1995. Each such story in the media has been followed by letters from Virendra Mhaiskar to the stock exchanges, denying any links between the lending and his company IRB Infra. Virendra is in effect saying that his Dad has lent money as an individual. But, Dattatray is a non-executive director on IRB Infra's board and it is no surprise that Virendra’s protests about the company not being involved, are being ignored by all concerned.

When IRB Infra went public in 2008, Dattatray and Jayant Mhaiskar got about 20% in the company. IRB was able to raise around Rs 1,000 crore in what were the heydays for Indian infrastructure companies. Over the past four years, both have been offloading their stakes, and their share is now down to less than 2%. Over this period, Virendra Mhaiskar has been trying, quite unsuccessfully as it turns out, to dissociate from his brother. In repeated statements made to the media since 2009, he has said that MEP Toll Road is not a part of IRB. But many still confuse the two entities. Both, for instance, came under fire from Raj Thackeray's MNS (Maharashtra Navanirman Sena) in July this year, for not maintaining roads well, despite the toll collection being well above all estimates. MNS workers had blockaded roads being tolled by both brothers. Bankers lending to infra companies say they too were confused about the two in the initial period after the separation. Differentiation between the two is now marked, and lenders have different risk perceptions of the two groups, they say.

So is it possible for Virendra Mhaiskar to wash his hands off from ventures being run by his father and sibling?

Speaking to Forbes India, he says, ``I cannot change my surname. I have tried every other way of explaining that the two entities are unrelated.’’ But shaking off the allegations will not be easy. For all his protestations, Virendra cannot deny that Ideal Road Builders, the entity incorporated by Dattatray Mhaiskar in 1977 is a part of IRB Infrastructure’s history.  Also, both brothers and their father are directors in many of the subsidiary companies (mostly special purpose vehicles formed for individual road projects) formed before the separation. In the Ambani’s case, the scheme of separation between the brothers was approved by the Bombay High Court. The changes in company shareholding patterns, as a result of the demerger were formalized legally. This never happened in the Mhaiskar family re-organisation.

Among all the projects awarded in the infrastructure business over the past decade, road contracts awarded through open bids have probably been the most transparent. Most projects, bid out by the NHAI and the states on a public-private partnership model, have been won after fierce contests among the developers. Yet, in public minds the stigma of political patronage being a factor that influences awards has remained. Analysts tracking the sector, say they factor in `linkages’ between the entrepreneurs and politicians. But simply having the connections is not enough, Over the years, they have indeed learnt to focus on those who deliver in terms of project implementation and returns. The Gadkari story brings the spotlight back on how deeply flawed the system still is.

14,947
Thank you for your comment, we value your opinion and the time you took to write to us!