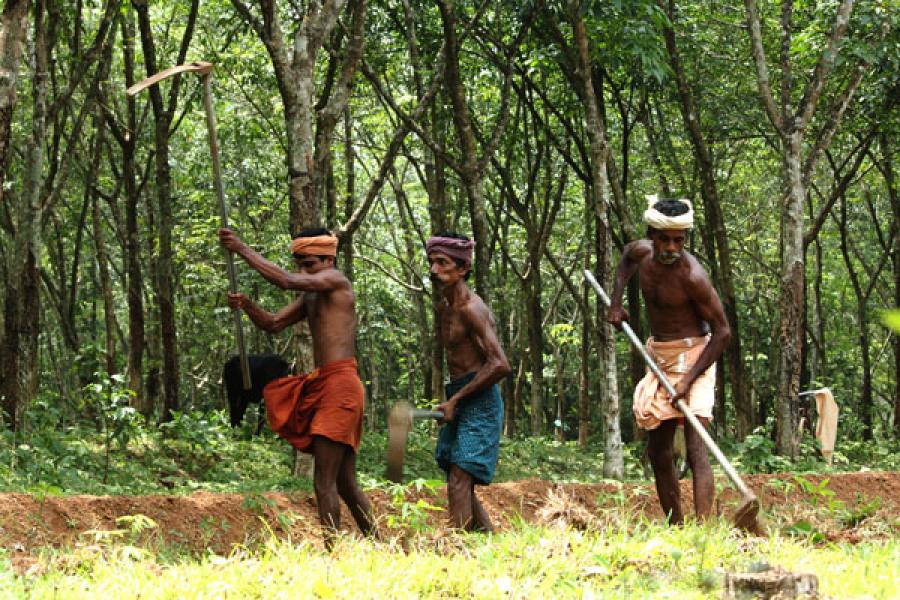 The gap between demand and supply has pushed up labour rates

There is a new phenomenon in Kerala's labour economy, one that will warm hearts of the local communists.

But first a short background Two years ago when I went to Kerala I had written about my interaction with Devender, a migrant from Bihar who had traveled all the way down to the southern part of the country in search of better paying jobs. As a daily wage earner in Kerala he was earning Rs 400, double of what he would have got back home after a day of hard work.

This story in Hindu Business Line says that there are about 2.5 million migrant Devenders in Kerala today. A survey estimates that this number could increase to nearly five million within 10 years. Ironically, there are about same number (2.5 million) of Malayalees working abroad, mostly in the Middle East -  famously called "Gulf" among dreamy malayalees.  And this might well explain the reason for labour scarcity in the state.

Bereft of any credible domestic industry, youngsters for generations have been traveling beyond the state borders for jobs. But the shortage of labour has become acute in the past few years as service and construction industries in the state picked up pace (I couldn't get numbers for this but the construction boom is visible to any visitor in the state. The growth in service sector is thanks  mainly to tourism boom in the picturesque state. Kerala's GDP grew by a handsome 8.24 per cent in 2012-13, much faster than the national growth)

The gap between demand and supply has pushed up labour rates. If he is still in Kerala, Devender - who was a painter -  today would be earning at least Rs 600 a day, a jump of 50 per cent in two years. A mason in Kerala earns Rs 750 a day, about double of what his  unfortunate peer in any eastern part of the country would earn.

Meanwhile, shortage of labour has only intensified. And this has now given way to a new phenomenon. Land owners in central Kerala, especially  those with rubber plantations, have started sharing their produce with daily wagers in order to attract them.

The job usually includes tapping the tree for rubber 'milk' and then making sheets out of the pulp through a roller. So if a landowner was getting 10 rubber sheets a day, he now gives five of them to his daily wager. This is a great bargain for the worker as otherwise, the most he would earn is Rs 1.50 to Rs 2 for every tree he taps another 50 paisa or a rupee for each sheet that he rolls.

Labour shortage has been a problem that has plagued the Kerala rubber industry, which has over 90 per cent of the country's rubber plantations. The local Rubber Board was in 2010 forced to source labour from other states including Odisha, and even paying them to go through a crash course in rubber tapping. But surely, these steps have not helped much.

The share in 'revenue' especially works in favour of the daily wager when price of rubber is moving up.  Right now a kilo of rubber in Kerala costs about Rs 150, down sharply from a high of almost Rs 250 a kilo last year. But it is still a good time for the rubber tapper.

The revenue share practice is right now predominantly in rubber plantations, but other forms of sharing have happened in other crops like tapioca.

While the labour economy in Kerala tries hard to find a balance, there is an interesting paradox. In a state where scarcity of manpower is high and wage rates are among the highest in the country, unemployment rate in 2013 was 7.4 per cent, 2.3 per cent higher than the national average! Pray, explain that.

17,971
Thank you for your comment, we value your opinion and the time you took to write to us!