Scarce resources should first be directed where necessary; health, security and safety must get priority 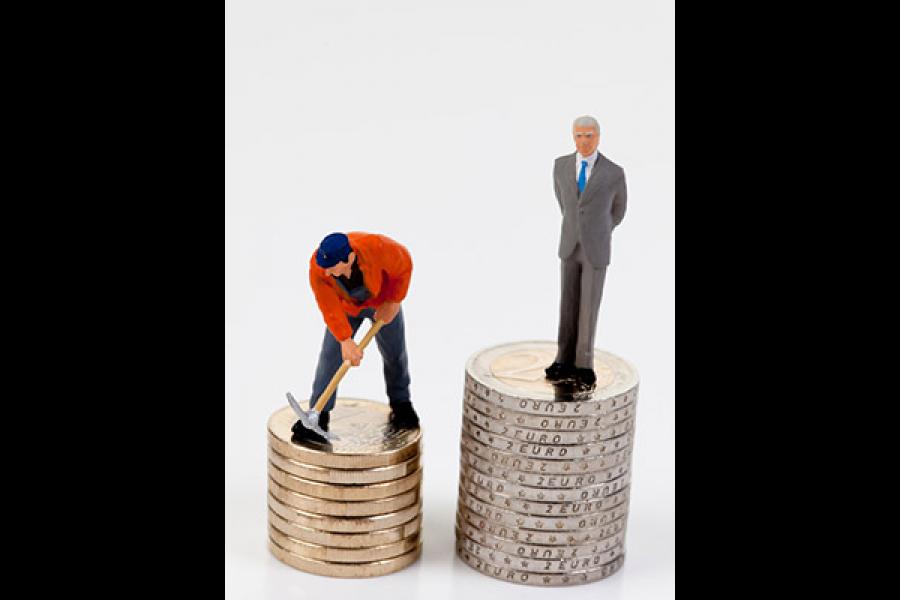 American columnist Bill Vaughan once quipped: “It would be nice if the poor were to get even half the money that is spent in studying them.”

I was doing what I like doing the most today-taking my evening walk, not often enough though, with my 14-year-old chirpy daughter. She usually talks incessantly during these walks and I find it incisive and entertaining. Her talks range from her school escapades to what her friend said to her to the music she loves to the books she is reading.

Sometimes she dwells on matters of extreme sensitivity, like asking me why I had a fight with my wife and telling me why I was wrong and how I should handle such things in future.

One evening recently, she asked me a strange question. Why do firemen not earn as much as movie stars? I waited, as I invariably do, when questions like these come, as they are usually followed by a Smart Alec answer to embarrass her not-so-clever dad. But there was no answer this time and I realised that she was asking a genuine question.

My economics trained mind went into overdrive (mode) as I started explaining concepts like utility value, perceived value, scarcity value and entertainment value. She heard me. But she was not convinced. Her argument was that one role was clearly necessary, dangerous and above self while the other was optional, frivolous and temporal.

Her insights put my mind in a spin. Could it be that she had a point? Had the human race got it wrong, after all? That we are sponsoring, spending and supporting laughter, mirth, enjoyment and ignoring issues like safety, security, sacrifice, service above self and sincerity?

Should our streets have more policemen with better weapons and smart technology deployed to look after the common man? Should our hospitals have more nurses per patient than highly paid, hard-to-see surgeons? Should our workplaces have much better paid janitors and secretaries and less of the ridiculously paid dealmakers?

What is the point if more than half the world's population lives in gross neglect and worse still, a third lives with no hope at all? Should distribution of wealth among nations and then communities and then people be made compulsory?

Then lo and behold, I read on Facebook that one of Bollywood's most respected voices says that it's embarrassing that they pay more to a helper on a movie set than their Chartered Accountant. Should entertainment and luxury command such premiums?

At a more mundane level, my mind went back to the issue of the recent emergence of the African middle class. Much is being said about the consumer power of the African buyer and his/her manifold needs. In the potholed streets of Lagos to the rain-swept avenues in Nairobi, from the bustling African townships in Johannesburg to the agitated milieu in Cairo, all I see these days is the consumer. Department stores, upmarket coffee shops, fashionable boutiques, snazzy night clubs filled with people buying, collecting and regaling. But just outside those shops I see impoverished faces, streets with no lights and homes beyond them in total darkness. I go to hospitals and see corridors lined with patients and nobody to serve them. At homes of my friends I see opulence but the driver waits outside in torn clothes and very often in the hot summer sun.

Reminds me of what Bernard Malamud said: “We were not poor and we only ate chicken when we were sick or the chicken was."

Much has been said about capitalism and socialism. I do not wish to venture into that ideological debate.

I am only asking one question: How do we direct our scarce resources first for our everyday needs and then allow for what could be optional?”

How do we get the firemen, the janitors, the drivers, the postmen and the security guards to have a decent human life first? Because if we don't, and instead we ape the West in terms of pursuing wealth and decadence for a chosen few with millions left behind, we will destroy the foundation. Or never have one.

A working, living, safe society where success can flourish and people can prosper needs basics to be sorted. The mighty West got that right first. Hence, they can sleep in peace knowing their homes are safe, and that a crisis will produce heroes and all emergencies will be attended to by well trained, diligent technicians when the need emerges.

Dangerous isn't it for us to ignore such basics in these new frontiers of success and believe all is well and will be? It will take one disaster or one groundswell to make us realise we are getting our priorities all wrong in these countries.

My daughter is right. Pay the fireman first before you make that film star rich.

Charles Darwin in 1836 said, "If the misery of our poor be caused not by the laws of nature, but by our institutions, great is our sin."

3,460
Thank you for your comment, we value your opinion and the time you took to write to us!