Shreenivas Kunte, CFA, CIPM, is a director for continuing education and advocacy at CFA Institute. In this role, he contributes to thought leadership in the investment profession. He writes on investing topics in leading publications and represents CFA Institute at conferences and forums. Mr. Kunte serves as an external research scholar at the Indian Institute of Technology Bombay. Prior to joining CFA Institute, he worked as the country trading strategist for Citi in Tokyo, Japan. He holds a degree in computer engineering from the University of Mumbai. 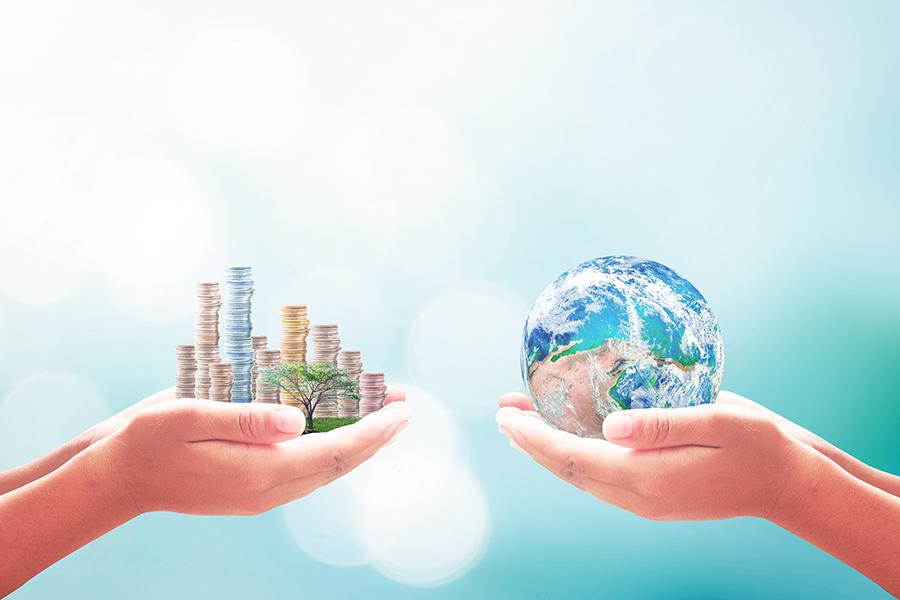 Private companies address societal needs. Yet from environmental concerns to serving the deprived, there are a wide range of unaddressed requirements. According to 91 scientists convened by the United Nations recently, the world is now moving faster towards a climate change disaster.

Not just the environment, like the rest of the world, India’s growing wealth inequality has the potential to create complex social issues. Last year, according to one estimate, one percent of Indians cornered 73 percent of all wealth generated last year.

India has been having her Lehman Brothers moments too. A pile of scams and corporate failures have gathered over India’s commercial landscape. Over the last year or so, big companies were taken to India’s newly formed bankruptcy courts. Well known banks found their officers neck-deep in wrong doing. Just when things started getting quieter, a large-scale heist operation was discovered. And now we have an infrastructure leasing company, with a venerable board, to be a pivotal cause of pain to the wider marketplace. World over, history has demonstrated that unidimensional pursuit for returns, profits and compensation is an unwieldy combination for investing.

Gandhian trustThe list of problems with no solutions, is long. Commercial enterprise is interested in solving a certain class of problems. In general, private capital has an in-built bias to seek monetary returns. It is disinclined to take up projects if the payoff isn’t lucrative enough. This includes environmental issues, some of which are a direct consequence of past commercial activity. India’s ethos and Gandhian clarity on commerce stand out as sustainable approaches to run businesses. But how many wealthy individuals and private companies would be willing to take Gandhian advice and hold excess capital in trust to be used for the larger good of the society?

Social businessesNoble Laureate Mohamed Yunus used another approach. He successfully created a model for running “Social Businesses”. Social businesses refer to organisations that are set-up for resolving social problems. Investors create a social business for answering a social issue and not for the investment returns the business would generate. Investors get to recoup their capital back, but they are not entitled to anything beyond this. Professor Yunus set up Grameen Bank in the mid-1970s to solve a deep social problem. The Bangladeshi poor had micro-funding needs to satisfy. But no-one was willing to provide credit. Money lenders would lend to the poor but at usurious interest rates. Professor Yunus’s Grameen Bank offered lower interest rates to these people and Grameen quickly grew to be a large micro-credit organisation, part owned by the customers it served.

Grameen Bank started to serve customers that no private enterprise was willing to serve. It turned a conventional business model of giving loans upside-down. Social issues force entrepreneurs to think hard and drum up solutions that would never work in a for-profit world. A for-profit world is driven by, well, profits. Social businesses need enough money to sustain. But these businesses grow mainly because of the impact they bring to communities in which they operate.

Socially Responsible Investing (SRI)Over the last decade, the investment world has at last started realigning itself. A broad range of investors have started questioning the sustainability of returns they get. There is a renewed concern that undue focus on profiteering at the cost of the environment, societal and governance (ESG) norms could translate to sub-optimal long-term returns. It is considered cool by many investors now to stay away from companies that sell cigarettes and other socially harmful products. A broad class of investors including retail and institutional is now interested in understanding if the investee companies satisfy a range of parameters which include, CO2 emissions, water consumption, hazardous waste production, minimum wages and working conditions.

Not just investors, some companies get it too. Tyson Foods which is amongst the world’s biggest meat companies, wants to move away from its traditional business. Tyson is betting on cell-cultured meat. Why? The meat industry as it stands today is deemed to be environmentally unsustainable.

In closingFrom focusing on pure returns, investment thinking has been shifting to a new growth area: socially responsible investing. As of 2016, SRI assets grew to about $ 23 trillion about 25 percent higher than 2014. Impact investors – a subset of SRI investors, go one step further. They look to achieve social objectives. Pivoting private capital to address social issues is a sustainable approach to keep capital relevant. Profits let organisations walk, even run. But profits are likely to be sustainable if connects into societal needs are deep. Investing and running sustainable businesses are separate activities. But they need a similar discerning mindset. The investor and entrepreneur need to develop an ability to recognise the long term (societal needs) and marry that with the here and now (profits). Training to solve social problems can help build these capacities. The learnings are likely to empower entrepreneurs and investors with novel ways to sustain and enhance the businesses they run.

The author is a director for continuing education and advocacy at CFA Institute.

2,831
Thank you for your comment, we value your opinion and the time you took to write to us!

Tweets by @forbes_india
Prev
Bursting the bubbles in B2B: Is pricing only a pretend-play?
Next
Future of banking: Follow the Line