The man for whom Ratan Tata holds the door open: RM Lala

I’m at the gates of Cusrow Baugh, a Parsi residential colony in South Mumbai that looks more like a fortress. As I walk past the gates, it feels like I've left time behind. Huge trees lining the path look as old and elegant as this nearly 80-year-old colony. Vintage Fiats are parked besides the latest models. In the huge garden, I can see the elderly chatting away on parkbenches. I enter building F, and taking the wooden stairs to the first floor, I realise it is fitting that RM Lala lives here, in these sublime surroundings. 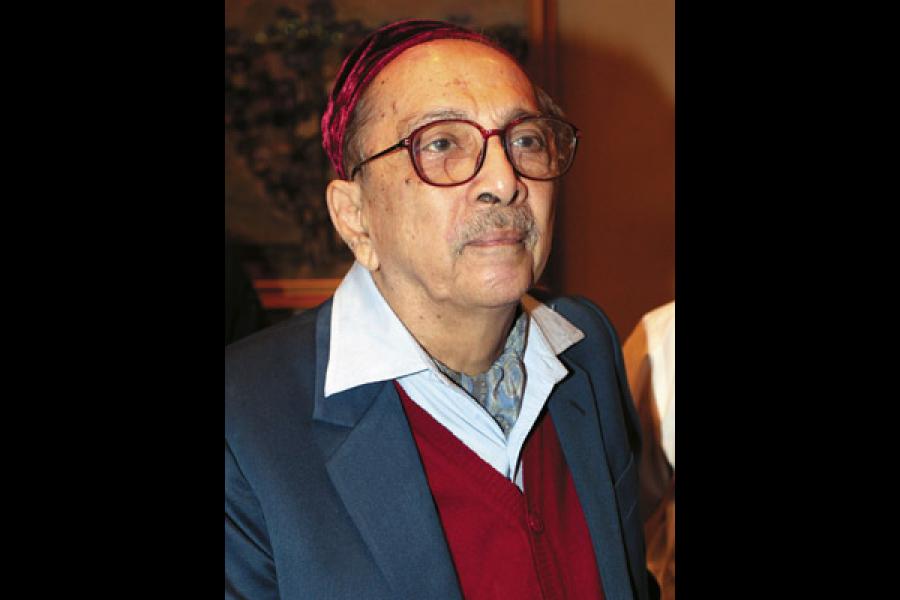 Over the decades, Lala’s books have chronicled the incredible history of the Tatas, India’s oldest and perhaps most respected business family. Thanks to his proximity to the Tatas, these books have put on record this legacy for coming generations. When  I started working on the feature on the Tata trusts (cover story of Forbes India’s 17th August 2012 issue), two of those books—The Heartbeat of a Trust and The Creation of Wealth—were my starting points in gathering information, and they also helped me break the ice with Lala.

Inside the apartment, Lala’s nurse Fatima D’Souza shows me into a room that has a huge shelf full of books. Several family photographs decorate the wall. D’Souza switches on the table fan (“Mr Lala doesn’t like the ceiling fan”) and warns me that Lala is unwell, but I am still taken by sadness and guilt as she wheels in a frail man, with a faint resemblance to the Lala I was familiar with from photos. But as I soon realise, much to my delight, his clarity of mind is intact and so is his sense of humour.

But first  he has a tough question: “Why does Forbes India want to know about the Tatas trusts?”

I tell him about the feature am working on and why we are interested in understanding the work done by the trusts. He doesn’t look entirely convinced and his expression doesn’t change. Does he suspect a conspiracy? Is the conversation over? In a desperate attempt to prove my intentions are honourable, I take out the two books from my bag:. “I have been reading your books to prepare for the feature,” I tell him.

Lala’s eye lit up and his frail hands immediately take the books. He goes through the pages of The Creation of Wealth, and after about three minutes he finally says, “Ok, what do you want to know?” Before I can reply, he asks like a caring grandfather, “Is the fan okay for you?” He points to the ceiling: “Do you want that fan to be switched on?”

Over the next hour I ask him questions and he answers, always pausing for a few moments before replying slowly but clearly. “I was in the Tata trusts for almost 20 years. JRD Tata had asked me to join the trusts. He never interfered, even though he was the Chairman and had the power to do it. That is the great thing about leadership in business, to know when to use power and to know when not to use power.”

It was clear that the years he spent with JRD, on whom he wrote three books, were close to Lala’s heart.  After an attendant feeds him what looks like clear soup, Lala adds, his voice feeble but clearly full of emotion, “He was like a father to me. I had cancer, but hadn’t told him. He got to know from my doctor. I was writing a book on him and had gone to interview him. He said, ‘Russi, I want to send you to the US for treatment.’ As I look back, I think he saved my life.”

“What touched you most, while you were at the trusts?” I ask him. “It was the opportunity of working with people like Dr Jamshed Bhabha (a Tata veteran who led the setting up of the iconic National Centre for Performing Arts in Mumbai) in building institutions and also being able to touch lives of common people.”

The soup has turned cold and Lala asks for more. He turns to me and points at the tea that Fatima had just served me. “Have it before it gets cold,” he says.

I ask him about Ratan Tata. “I remember, it was 1991 and JRD had just chosen Ratan as the next Chairman of Tata Sons. I asked him why he chose Ratan. He said, ‘I think he will be more like me.’  Over the next few years, I realised JRD was right.

“I have known senior executives in the Group who had treated [Ratan Tata] badly. It was the time when he had joined Tata Steel in Jamshedpur. One of the senior executives had refused to give him a car. The whole winter he would wake up at six in the morning and would cycle to the plant. In the later years, when he became big within the Group, he could have gotten back at that senior executive. He didn’t do that. In some ways, it tells you about the person. It is no joke running an empire like Tata.” He then asks with a twinkle in his eyes, “[The Tata group] is what, ten times bigger than Forbes?” I hazard a guess: “Perhaps a hundred times!”

Ratan Tata is set to retire from the Group at the end of the year, I say, but will continue to be Chairman of the trusts.  “The real power lies in the Trust, that is where it rests. The Trusts have the moral influence over the whole Group.” I ask if he has met Ratan recently. “I met him last year, at the Taj. He was very respectful and held the door for me. He is a shy person but easy to deal with. There are no two ways about him. You are either on the good or bad side of him.”

It is getting dark outside and I can sense that Lala is getting tired. But he looks at me, waiting for the next question. I take my copies of his books out of my bag again and ask him if he can sign them. He does. As he signs, his hands are shaking and I feel ashamed of myself for causing him this trouble. “So what are you, Prince or St Thomas?” he asks pulling my leg. He signs on the second book also but looking at the scribble, he says, “I’m 84. I used to write till a few years back. Times have changed.”  It is a poignant moment and I feel helpless, unable to utter a word of comfort to someone who turned journalist way back in 1948.

I prepare to leave. Nurse D’Souza, like every devout Christian, asks if I’m a Catholic. “No, a Protestant,” I reply. Lala immediately exclaims with a naughty smile, “Traitor!”  He laughs as the attendant wheels him away. I walk out of Cusrow Baugh with mixed feelings: sad about Lala's health, but happy that I was able to spend time with the remarkable person.

18,423
Thank you for your comment, we value your opinion and the time you took to write to us!