Understanding agility and how it is different from adaptation

Many leaders fail to understand that agility is not just about technology; it can mean different things for different industries 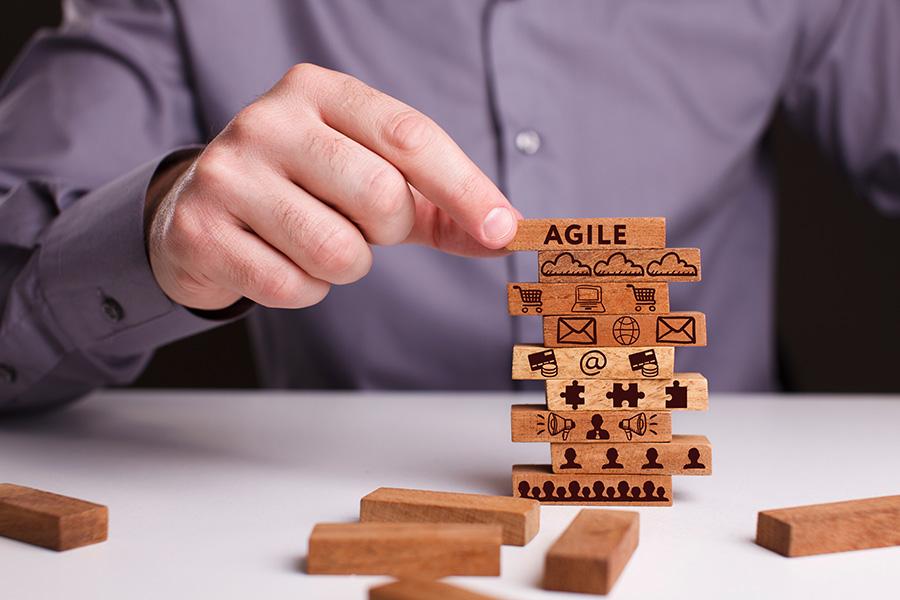 Recently, across CXOs, the buzz word is 'agility'. This interest is peaking due to ongoing disruptions from well-connected customers, competition from fringe players, changing regulations and pace of change in technology.

While the need to be agile is obvious, the solutions are not yet clear even to the companies most admired for their innovation and speed—think of the heat that Apple is facing from the Chinese newbies and being upstaged in several markets where they held fort over the last decade.

To begin with, it is important to differentiate agility from adaptation—most leading companies are adaptable, which is evolution over a period. Agility, on the other hand, is the ability of an organisation to give itself, subtle and continuous series of 'nudges' to adjust quickly to dynamic changes. For example, a beverage company that senses the sudden 10-day heat wave and reacts to the immediate, short-lived 5x increase in daily demand and thereby, benefiting from an unplanned spike in sales, can be termed, an agile organisation.

Solving for agility: The power of threeIf your objective is to be agile, simply ask yourself three key questions: » What drives the need for agility?
» Which parts of my organisation need to be agile?
» What are the changes I need to introduce to these parts?

Market dynamics, like competition from nimble startups, sudden changes to consumer preferences etc. are quite common these days. Eg: Nykaa is giving several established beauty companies a run for their money. Technology organisations find the rules of the game constantly changing and hence need to be dynamic in their response. Chinese mobile handset makers like Xiaomi and Oppo are very good examples—they are very agile in both developing or adopting technology that consumers seek and bringing it into their products within a mere few months, be it facial recognition or pop-up selfie cameras. And they do it much faster than their large-scale competitors.

Changes in government regulations can change the competitive landscape rapidly. For instance, it is of utmost importance for a large pharma company to continuously react to changing regulations in each country it operates in.

These three factors don’t impact all industries equally. The dominant driver of agility differs by industry—for instance, a power distribution company needs to react quickly to changes in regulations as the other two factors don’t change as quickly (customers won’t switch to solar power overnight, distribution technology won’t drastically change in six months). For an apparel retailer, sensing and reacting to customer needs far outweighs the need to be agile to technology or regulations. It does not mean the other two factors are not important. This frame of thinking helps in understanding the parts of the organisation that need to be built for agility.

Keeping the organisation structure flat is a necessity, and functions where need for agility is higher, the layers should be fewer. Kylie Cosmetics sky-rocketed to $900 million in a mere three to four years, has only a dozen employees on its rolls, with everything else outsourced. The learning here is simply to optimise the number of layers/people involved in decision-making.

a) “SCRUM” ways of working (parallel processing of tasks by cross-functional teams in place of sequential handover of tasks from one function to another, a model perfected by the software development industry)
b) Smart and simple automation of tasks (digital tools to sense changes early); and
c) Elimination of non-value adding tasks

Lastly, the governance model should be also tailored to the agility needs of various businesses of the organisation rather than a “one-size-fits-all” model.

For most large organisations, governance needs to be tailored for their different products or services. Checks and balances should be set up to promote 'try fast, kill fast' approach. The mindset should be to not wait until a perfect solution is found but instead allowing for a plethora of options to be tested quickly and inexpensively and establishing the right options to pursue.

The now-famous letter to shareholders that Jeff Bezos wrote back in 2016, comes to mind: Type one decisions, where large value is at risk, so let’s be careful; Type two decisions, which are like walking through a door and can be reversed if it doesn’t work (“As a CEO, I don’t believe in this new product, there isn’t enough data to prove either of us right or wrong, so I back you—try it! If it doesn’t succeed in six months, pull it back”). The governance model, therefore, needs to be designed to support higher risk-taking ability with an expected higher failure rate.

Ultimately, this mindset of taking calculated risks combined with suitably redesigned organisation structure and business processes can help even large companies be as agile as some of the garage-run, fearless startups.