MindShift Interactive is a digital outreach powerhouse that provides businesses with a data-centric approach towards achieving an intelligent and impactful digital presence. We combine digital marketing and research to provide a better experience for the consumer and brand. It currently houses two business verticals - MindShift Digital, their digital marketing and influencer relations arm, and MindShift Metrics, a digital research & reputation management agency 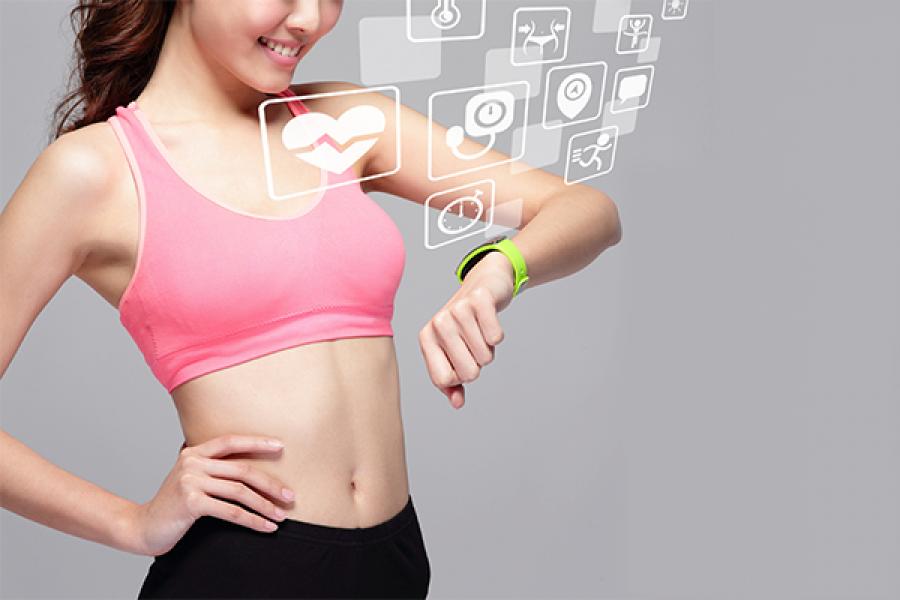 Wearables are not merely another extension of your social media strategy but can handle something that smartphone cannot, namely a regular interface between the computer and user that enables ambient intelligence, omnipresent computing and biometric data tracking

We either love them or we don’t, we deem them the future or a passing phase. Modernisation has a new baby and it’s called wearable technology. Wearables have been the talk of the town and deemed as game-changers in the tech world, and in fact, in the fashion industry as well! Wearable devices have now assertively started making their presence felt in our day-to-day lives.

Humans have long been fascinated with the impression of people and technology becoming one. It’s easy to discharge the mixture of technology and bodily processes as fantasy, but it’s no longer just a scientific invention now, it is the beginning of wearable technology. We are evolving with technology to be able to craft wearables that are able to keep us fit, make us aware about our happenings and enhance the way we spend our day. The data collated through wearables has opened up new avenues for brands to understand behaviour patterns and create far more focussed communication strategies. Wearable technology helps in mapping the right target audience for the particular brand or service.

Wearables give us more power, provide us with information that can help us live better and be more proficient. Wearables can be broadly grouped into five categories: Fitness, medical, lifestyle, gaming and infotainment. Personalised wearables include sensor-equipped apparels and medical devices that use 3D printing technology for personal adaptation.

Leading players such as Wena Wrist, The Moment, WAY, etc are part of the innovations within wearables with Apple building adaptive learning that will increase communications to navigate through Apple TV, switch off lights, and much more. In India, we have companies who have developed devices such as Fin, GetActive, and many more of these are being developed by Indian startups.

With various trends catching up among consumers, brands can’t be too far behind in capitalising on the latest. Personalised advertising models, integration through health and fitness applications, and creating offline touch points for consumers to use their wearable devices further are some ways wearable technology is being used by marketers. A Google Glass with a personalised advertisement while you scroll through options or an Apple Watch which allows you to swipe through the airport without a boarding card is what the world of marketers have been working with. Moving forward, health and fitness apps will associate with products and services that have studied a consumer’s behaviour patterns and provide them with paid solutions. Brands have a prospect to have a much closer association with consumers by providing modified advice, offers and services based on their lifestyle and goals. We are already seeing this with health insurance programmes like Vitality Health and gym chains such as Fitness First, moving into heart rate-based training programmes. Jawbone, Apple Watch, Fitbit, Misfit, Withings, Pebble — the list of makers of popular wearable tech devices goes on and on. The number of tech-savvy users getting more familiar with them is continuing to skyrocket. Consumers around the world are getting more enthusiastic about the ability of wearables to help them live more active and healthy lives. Fitbit started 2015 as the clear market leader in the global wearable devices market.

Smart wearables have the prospective feature to elevate brand engagement to new heights. Wearables are not merely another extension of your social media strategy but can handle something that smartphones cannot, namely a regular interface between the computer and user that enables ambient intelligence, omnipresent computing and biometric data tracking. This generates an exclusive opportunity for brands to participate in an entirely new aspect of brand engagement through wearables. Industries must change their existing mobile-first strategy to now include the wearable uprising and convey value to the customer in an experimental and innovative manner.

Collaborating with wearable technology devices or brands that track consumer behaviour presents an opportunity for a wide range of brands in health, food and fitness to get a better insight into their target audience. For instance, a retail brand can make use of geo-located alerts on exclusive offers as a user passes their shop.

Talk about data privacy and how consumers are increasingly giving access to others on where they are, what they’re doing and how they react to everything in their lives. We all are excited by the promise of immediate health data easily available at our fingertips, wrists, and ankles. But at the same time, we strongly consider that you can’t manage what you don’t monitor; all this observation comes with a lot of new data, and data privacy and protection is always top-of-mind. There is an important debate to be had around the privacy implications of wearable technology and it will ultimately be for society to decide how comfortable they are with wearables. However, like any new technology, wearables must operate in compliance with the law. While there are requirements under the Personal Data Protection Act on the use of such data, trade spectator and professionals are calling for the better defence of consumers’ notice, including via legislation, and more public education and awareness on the issue. Taking this simplicity, safety, and the legality in mind, an authoritative body is the next rational step in the development of the wearables market.

The Internet of things will have favourable effects on the everyday lives of the public by 2020, with a growing dependency on wearables that will help us with all our functions. Beyond providing users with real-time data about their health or an amplified view of the world, wearable technologies will form an integral part of the "Internet of things," the logical progress of the cloud and big data. The idea is to enable sensor-equipped "things" to correspond with one another in significant, accomplished ways. The devices and sensors produced for this new Internet of You react to your presence, actions, and commands. The Internet of You provides a whole new layer of unprecedented ease possible only by having whole systems focussed on you.

India doesn’t seem to be far behind in jumping onto the bandwagon, with the wearable health devices market in India being pegged at Rs 25 crore in 2014, and expected to touch one million units in 2015 compared to the US, which stands at $1 billion, touching eight million units in 2014.

A Euromonitor International report states that while initial adoption of wearable electronics has been weak especially outside North America, during 2014-2016, the demand in this segment is expected to pick up in Western Europe and over the longer term, emerging markets like India as well. It also predicts that the global sales will reach almost 250 million units by 2018. As wearable technology becomes mainstream, prices are expected to decline. An increasingly competitive operating environment will diminish the profitability of wearables, despite rising volume sales in the coming future. With modernisation on the rise, we’re approaching closer to making possible products that are useful, usable and desirable for people and with getting integrated into everybody’s life even more than we ever were. Is it too much or perfect according to you?

8,679
Thank you for your comment, we value your opinion and the time you took to write to us!

Tweets by @forbesindia
Prev
Indian automotive industry: The road ahead
Next
A political debate about real HR issues