Why good storytelling is essential in the business world

When people hear a good story, they get emotionally involved. This makes storytelling powerful in delivering any message. 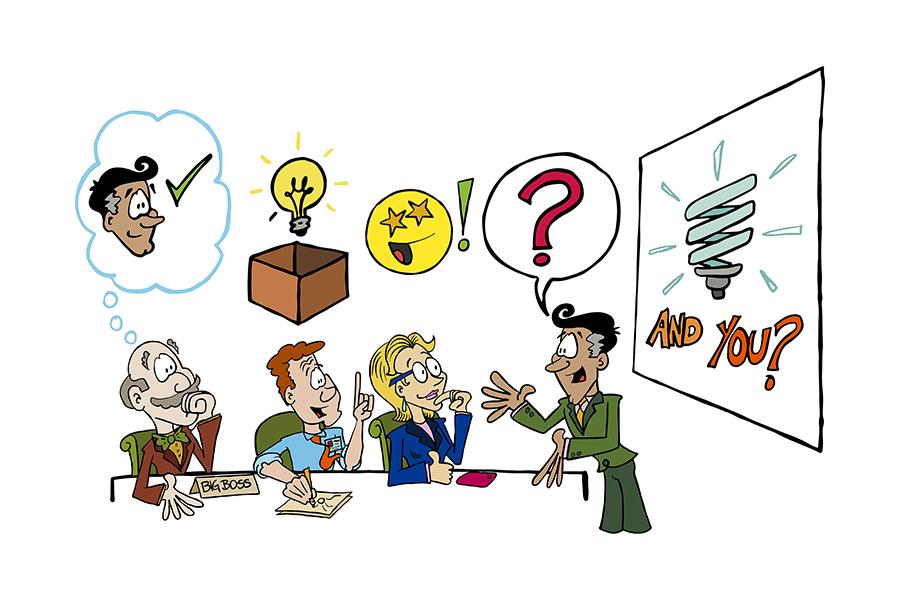 Christopher Columbus was a visionary. He imagined that by sailing west, he would discover a quicker trade route between Europe and Asia. To gather the required support, Columbus described his vision to others who had not imagined or could not imagine the situation like him.

Initially, he pitched his idea to Portugal, France, and England's kingdoms, but all of them rejected his request. In 1486, he went to the Kingdom of Spain but was turned down again. But Columbus didn't give up. He spent about six years in Spain, persuading King Ferdinand and Queen Isabella. Finally in 1492, the Kingdom of Spain considered financing Columbus' expedition. As luck would have it, while searching for a westward route to India, Columbus landed in America. And the rest is history.

Hiring key employeesIt isn't easy to imagine a great brand without superstar talent. But why will superstar talent join a company when it doesn't have a great brand? Steve Jobs was one of the greatest storytellers in the business world. He was a college dropout who inspired some of the most talented people to work with him. Let me share an incident. In 1998, Apple was almost bankrupt. Around this time, Tim Cook was a vice president at Compaq, then the world's largest PC seller. Interestingly, he had already turned down Apple recruiters a few times. However, he couldn't decline the opportunity to meet Silicon Valley legend Steve Jobs. When both of them met, Steve Jobs explained his vision for Apple. Although Cook was happy at Compaq, this meeting convinced him that working with Jobs will be an opportunity to be part of something special. After Cook joined Apple, the company came out with many game-changing products such as iMac, iTunes, iPod, iPhone, and iPad.

Building great productsBuilding a great technology product requires contribution from multiple departments, including engineering, operations, support, design, and business. Although people at different departments have different understanding about the product they are developing, they can be brought on the same page through stories. Jack Dorsey, co-founder and CEO of Twitter and Square, is a big believer in the power of storytelling. He has read a lot of plays for style, substance, and technique. During one of his lectures at Stanford, he said, "If you want to build a product and you want to build a product that is relevant to folks, you need to put yourself in their shoes, and you need to write a story from their side." He spends a lot of time writing user narratives. These narratives read like plays and help understand what customers experience when using the product. According to Dorsey, a company's other strategies and tactics should grow naturally out of these powerful user narratives.

Convincing investorsSome entrepreneurs are able to raise funds when all they have is a PowerPoint deck. On the other hand, many entrepreneurs are unable to do it even when they have a business with financials. Numbers matter, but they are not sufficient to convince investors. Ben Horowitz, the co-founder of the venture capital firm Andreessen Horowitz, an investor in leading technology companies including Airbnb, Facebook, Pinterest, and Twitter, says, "Storytelling is the most underrated skill". According to him, the strategy is the story you tell. It’s the 'why.' The story must explain at a fundamental level why you exist. Why does the world need your company? Why do we need to be doing what we are doing and why is it important? In Horowitz’s view, companies that don't have a clearly articulated story don't have a clear and well-thought-out strategy.

Improving employees' moraleStories can help employees make a powerful emotional connection to a company's products and services. Interestingly, stories can also inspire employees for a mission. In the 1990s, coconut oil brand Parachute was the primary revenue and profit generator for Marico. In the late 1990s, FMCG giant Hindustan Unilever (HUL) launched a coconut hair oil brand—Nihar. As Parachute was a market leader, HUL wanted to buy the brand from Marico but it was not for sale. Eventually, a David and Goliath-esq battle started between Marico and giant HUL. As FMCG battles are decided in the field, Marico worked on empowering its sales staff. Salespeople were called into a room decorated like a battlefield. Here, they watched a motivational film called Parachute Ki Kasam. This film prepared the staff to protect the Parachute brand from the giant competition. Finally, Marico transformed a seemingly hopeless situation into an unexpected triumph. After a few years of battle, Marico acquired Nihar from HUL.

Build memorable brandsGreat brands are built by telling authentic stories. One of the most popular brands built around stories is Nike. When outsiders think of Nike, they usually think of athletes. Internally, the company has a number of senior executives who serve as corporate storytellers and spend much of their time explaining the company's heritage to everyone. So, when Nike's own employees think of their company, they think of the journey of its founders, its heritage, euphoric periods of growth, setbacks, and milestones. Nike sells sporting goods, like shoes. A shoe is a commodity sold by many other companies. But people don't view Nike as just another sports shoe company. They look at it as a company committed to improving an athlete's performance. Beyond great products, powerful stories have played an instrumental role in building the iconic brand.

People are natural story lovers. That's why they read novels and watch movies. When people hear a good story, they get emotionally involved. This makes storytelling powerful in delivering any message. However, many stories don't earn the audience's attention. The reason is some storytellers miss out on one of the most critical dimensions i.e. simplicity. The simpler a story is, the more likely it will connect and stick with the audience. Therefore, business leaders have to not only focus on telling stories, they also have to focus on making their stories jargon-free and simple.

7,309
Thank you for your comment, we value your opinion and the time you took to write to us!

Tweets by @forbesindia
Prev
2021: An opportunity for the power sector to build back better
Next
Future of retail: Turning disruptions into sustainable competitive advantage