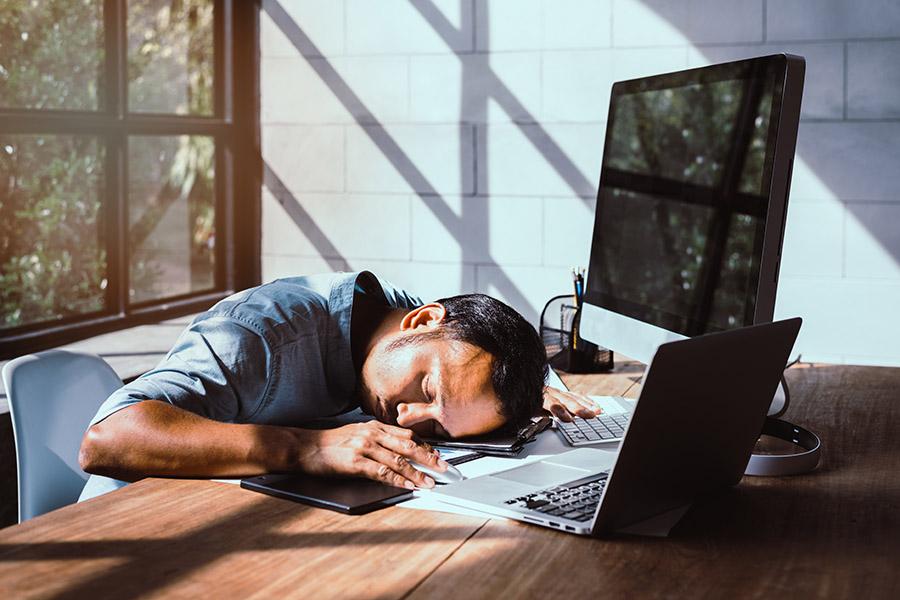 Do you struggle to stay awake after lunch? That rice in the lunchbox may not be the only culprit. Catching forty winks at work will do a world of good not just for your health, but also for workplace efficiency.

Globally, companies are realising the impact of well-rested employees and introducing nap rooms in their offices. Google, Uber, Nike and Pricewaterhouse Coopers (PwC) are some of the leading companies that provide facilities for their employees to get some shuteye at work.

Here are five good reasons for Indian companies to set up nap rooms:

Better productivityThe Great Indian Sleep Scorecard 2019, Wakefit.co’s annual, nation-wide sleep survey, revealed that 80 percent of people across the country felt sleepy at work between one and three days a week. The survey was covered over 1,500 respondents from across India. Around 20 percent felt sleepy all the time, while 51 percent felt drowsy most of the time.

Employees are sleeping less. Globally, on an average, an adult sleeps around 6.8 hours per night on weekdays—much less than the recommended eight hours of sleep each night. A majority of adults admit that the lack of sleep has a moderate to major impact on efficiency at work.

Research shows that lost sleep at night can be remedied with an afternoon nap. Taking a power nap for 20-30 minutes, even for well-rested people, is shown to have immediate results—it boosts short-term alertness and improves motor performance, memory, learning, and logical reasoning. A power nap can lead to better productivity in the workplace.

Healthier work environmentWakefit.co’s sleep survey revealed that around 55 percent of respondents started work between 9 and 11 am, and 34 percent were at their workplaces well beyond 7 pm. One in four surveyed said that commuting to and from workplaces hampered a good night’s sleep the most.

Today, in our highly competitive workplaces, technology has meant that the lines between work and personal life are blurring. It is not uncommon for employees to receive work requests at home, encroaching upon their personal lives. The survey shows that 31 percent of the respondents said that work-related stress and anxiety kept them awake at night.

Sleep deprivation is known to cause chronic fatigue and a host of health issues ranging from hypertension and cardiovascular disorders. Naptime for employees is shown to have a direct impact on their health, which could mean fewer days lost to sick leaves.

Improved bottom lineA study by the RAND Corporation in the US revealed that the economic impact of sleep insufficiency was over $400 billion or two percent of its economy. Simply by increasing the duration of sleep, we could add billions of dollars to the country’s economy. And some to the company’s bottom line.

Naps make business sense. Not only do nap rooms at work increase productivity, they also augment employee morale and satisfaction. For the employers, this pays dividends in recruitment, retention and ultimately, the company’s bottom line.

Global trendMedia mogul and founder of Huffington Post, Arianna Huffington collapsed from exhaustion and sleep deprivation in 2007, leading her to champion the ‘sleep revolution’. According to Huffington, nap rooms are a signal to employees that theirs is a “workplace that prioritises wellbeing instead of burnout”. Over the last decade, several companies internationally have embraced the need for nap times for their employees.

Google has sleep pods in its offices for employees who want to take a quick snooze, while Nike’s headquarters in Portland has dedicated rooms where employees can sleep or meditate. IT company CISCO has designed comfy nap pods in its offices, while PwC has a sleek sleeping room in its Switzerland office. Uber too has adopted nap rooms across its offices.

Indian readinessTo counter the evitable drop in workplace efficiency, Indian employees believe that they need a power nap during the day. A whopping 86 percent of the respondents in our survey felt that napping at work would unquestionably increase their productivity. This reveals that employees today are thinking of self-care and seeking work-life balance. Sleep need not be considered as something that hinders work, but as a way to promote the well-being of employees. The Indian workforce is ready to embrace the potent goodness of well-deserved naps at work. Are businesses listening?

The writer is Director & Co-founder of Wakefit.co.

5,500
Thank you for your comment, we value your opinion and the time you took to write to us!

Tweets by @forbesindia
Prev
Driving employee productivity through efficient space management
Next
Should you stop using the word 'should'?