Why Mahindra's Pick Up Truck Foray in the US Failed

Adding to the problems are M&M’s issues with safety and fuel efficiency. “The product was terrible. With a safety rating of 2 out of 5, you might as well forget about launching it in the US. Fuel efficiency was perhaps the least of their concerns.

Last week five automobile dealers from the USA, filed a lawsuit accusing India’s largest manufacturer of utility vehicles Mahindra & Mahindra (M&M), of fraud, misrepresentation and conspiracy. The lawsuit brought about by law firm Diaz Reus alleges that M&M duped hundreds of US auto dealers and walked away with more than $ 60 million in cash and trade secrets. I spoke to Michael Diaz, the managing partner of Miami-based Diaz Reus & Targ, who leads the plaintiffs’ legal team and this is what he had to say about M&M’s US fiasco. “It was a bag of false promises.” . 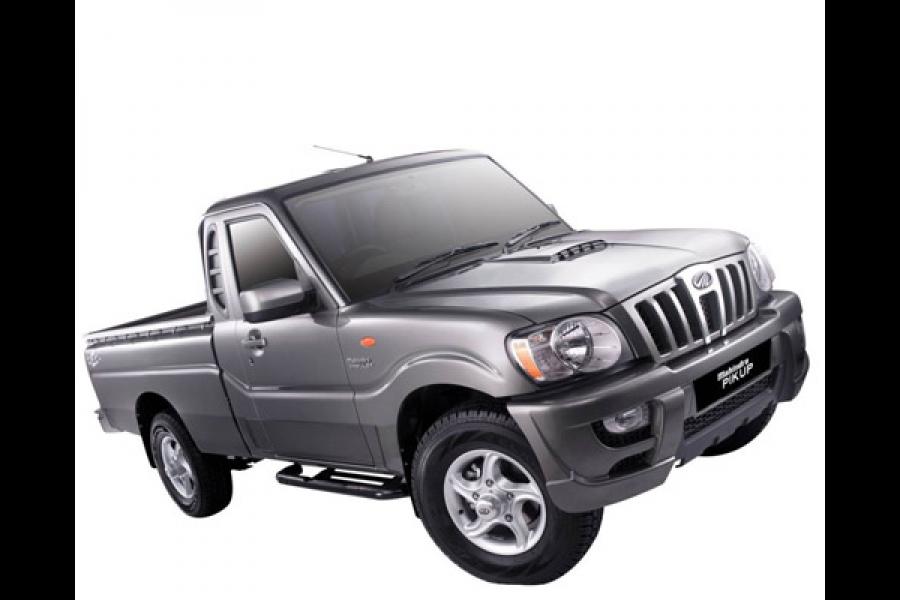 But before we get into the details of the case, here's some background on M&M's attempt to crack the US utility vehicle market.

2004: Bolstered by its success in selling tractors in the US, M&M chalks out plans to become India’s first automobile manufacturer to sell utility vehicles there.

2004: M&M’s details plans to launch the Scorpio pick up (three models) and a truck (diesel) in the US. The sales pitch was pretty clear- cheap pick up trucks with a claimed fuel efficiency of 30 miles to a gallon.

2006: Before the product was ready, M&M thought it would be a good idea to test the market. They got into a distribution tie-up with Global Vehicles, whose job was to find dealers who would invest in setting up a Mahindra dealership.

2008: Global Vehicles had found 350 such dealers interested in selling the Mahindra pick up.

2008: M&M  spent the next three years trying to launch the truck. It never happened.

2010, June: Global Vehicles sued M&M for taking too long to launch the pick up truck.

2010, September: Global Vehicles which was under fire from dealers that it had set up for Mahindra placed a $ 30 million order on M&M to supply the pick up trucks. M&M rejected the order saying it was invalid because its contract with Global Vehicles had ended in early 2010.

2010: Even while it was fighting Global Vehicles in court, M&M maintained that the trucks would be launched by end 2010 after meeting the necessary regulatory clearance and that it was looking at launching the product directly with dealers.

2011, February: Much later than it had anticipated, M&M received the emission certificate from the US Environmental Protection Agency (EPA). The Mahindra TR40 crew cab model with a four-cylinder diesel engine and automatic transmission was rated by the EPA at 19/21 mpg city/highway. A far cry from the claimed 30 mpg.

2011: M&M’s plans to enter the US market go cold. While it was fighting the case against Global Vehicles, there is no communication with dealers as to when the pick up will be launched.

2012, March: M&M says a London arbitration panel has ruled in favor of M&M and dismissed claims by Global Vehicles that an exclusive US distribution agreement established in 2006 was violated.

Back to the Present: The case

M&M says, “We cannot comment on this as the matter is in the courts but we would like to state that some dealers had earlier filed a suit against Mahindra and Global Vehicles in the US District Court in Missouri. The Missouri Court dismissed all claims against Mahindra in that suit. Significantly, the Missouri Court also ruled that Mahindra could not be held liable for any action of Global Vehicles with respect to its dealers.”

Carlos F. Gonzalez, Partner at Diaz Reus response to this is - “Mahindra’s comment is inaccurate and misleading. The Missouri case was dismissed strictly on procedural grounds and the Plaintiffs there had every right to re-file the case if they so desired. It was dismissed because the Court chose not to exercise jurisdiction over Mahindra, a foreign corporation. The Missouri dismissal, because it was purely procedural, did not address Mahindra’s wrongdoing. The lawsuit here is not based on actions by G.V., (Global Vehicles) but on the fraud perpetrated by Mahindra. G.V., for example, had no control over Mahindra’s decision to delay homologation. And G.V. had no control over whether Mahindra truly intended to make good on its promises to the dealers. Finally, this case is not connected with the arbitration of any claims that G.V. has or had,” he said.

Diaz Reus says it expects more dealers to join the lawsuit. Damages are being claimed on three counts, only one of which is the actual amount that was paid by the dealers in order to get the franchisee. “We can trace that dollar directly to Mahindra’s pockets,” says Mr. Gonzalez. Second is the value of public relations and brand building program that dealers undertook to create awareness around Mahindra. These include getting the dealership ready right up to the point of painting the facility in red and white, colours of Mahindra’s corporate logo. And third is the value of trade secrets that they say,Mahindra has misappropriated.

So what are these trade secrets? “Everything from building showrooms to accounting software to in house branding and inventory tracking including several other offerings which the dealers did in anticipation of being able to sell the vehicles,” adds Mr. Gonzalez. Diaz Reus says that M&M cannot walk away from the US because it had signed contracts with the dealers and promised that the vehicles will be delivered- but that’s not what happened.

There is little doubt that M&M were serious about their US entry back then. Dr. Pawan Goenka, head of M&M’s automotive vertical,  addresses dealers at the Atlanta Auto show in this video. His quote just as the Punjabi bhangra gets over says it all.  “I don’t think I deserve a standing ovation yet. We will reserve that after the successful launch of our products in India…I mean USA.”

Mr. Gonzalez says these and other promises made by M&M’s brass misled the dealers. “In the USA contracts mean something…promises mean something. We have had quite a few cases where large companies try and squash the little guys only to find that the judge and jury look at it as a very different world,” he says. Despite everything that has transpired in the last six years, despite all the claims and counter claims, one fact even today stands out tall. This is that the M&M pick up truck never reached the US. Why?

Six years and no Pick up?

M&M does not want to comment on what happened. But I did speak to one senior M&M executive who spoke off record. According to him M&M had built the Euro V diesel engine to enter the US market. This was a huge product technology challenge for the company. “We had roped in many US suppliers, there was an Indian R&D team put in place. We designed the Scorpio engine to meet Euro V emission norms, the mechanism and body work was all done. However, in the last two years, the R&D team had been dismantled. But it was a very important project for Dr. Goenka. And every year this project is still there on the board. So in export strategy there is Australia and South Africa. And then US,” he said.

Rebecca Lindland, Director of research at IHS Automotive, a consultancy and forecasting firm describes the debacle as a perfect storm for Mahindra.

To begin with M&M found itself in the middle of the recession. So the pick up truck which made good business sense in 2006 was perhaps the worst product in 2010. If you look at the mid SUV segment in the North American market alone, in 2005 this segment saw volumes of 1.3 million units. In 2009 the segment had crashed to 2, 17, 000 units. “This segment had crashed. And Mahindra is an unknown brand competing in a niche which was under tremendous fire at the time and everybody was buying crossovers. It really was a recipe for disaster,” she says.

The Mahindra experience shows how difficult it is for an unknown brand to find its feet the US market. In the last couple of decades, two such brands which have worked- Hyundai and Kia. “Others from China like Geely, Cherry and BYD Auto, have also been unsuccessful in the US,” adds Lindland. Adding to the problems are M&M’s issues with safety and fuel efficiency. “The product was terrible. With a safety rating of 2 out of 5, you might as well forget about launching it in the US. And I think fuel efficiency was perhaps the least of their concerns,” she adds. Lindland says the impression she got from the M&M and Global Vehicles fiasco is that GV was more of an agent acting on behalf of Mahindra. “They were based on what Mahindra was telling them and I don’t think they really had any say in the type of vehicles. So that doesn’t mean that Mahindra is not responsible for what’s happened with the dealers,” she says. Gonzalez says that, “The dealers relied on Mahindra’s statements and representations. Funds provided by the Plaintiffs went into Mahindra’s pockets. Mahindra’s approval process for dealership showrooms and signage designs required that each dealer spend money to design their dealership to conform to Mahindra’s “DNA.

So what happens next?

Diaz Reus says that the copy of the lawsuit has been sent to M&M and its US subsidiary. There are two ways from here. One is that M&M can move the courts to dismiss the petition. Second, M&M will answer the complaint. The firm is expecting M&M to dismiss the case. “After that the discovery begins, where we use various avenues to find facts and put together the evidence. And we are quite confident of our position here,” says Gonzalez.

48,116
Thank you for your comment, we value your opinion and the time you took to write to us!