English entertainment options in Beijing are few. Besides China has a painful quota on the number of Hollywood movies that can be released here 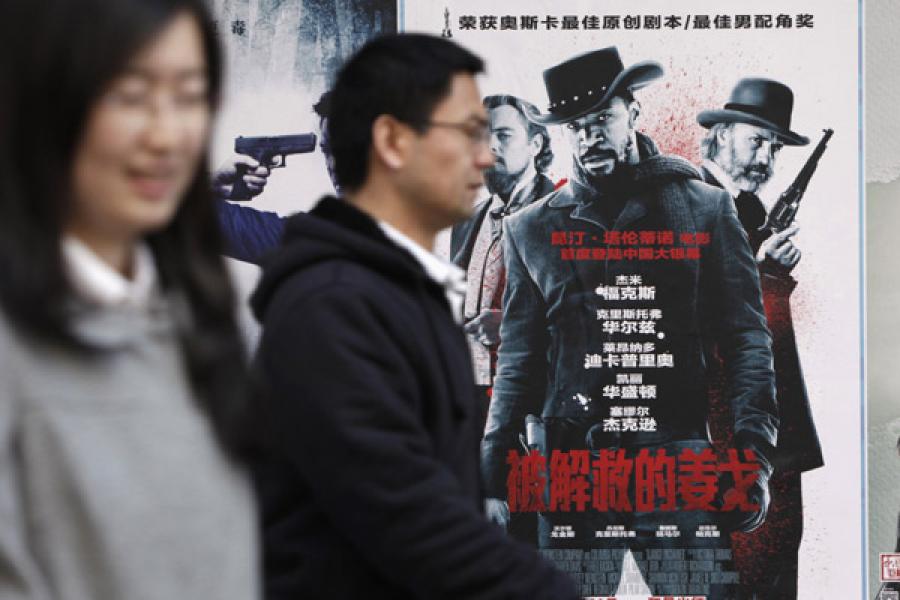 Last month, we got off early from work one day and rushed straight to Sanlitun, a hip shopping-cum-entertainment complex in Beijing, to watch a movie. We didn’t know if there were any English movies playing, but we decided to take a chance anyway. Finally, on the list of movies playing we found an English movie – it said, ‘A Good Day to Die Hard’ and within brackets was the magic word: ‘English’. That sealed it. We promptly bought tickets and shuffled into the hall.

We found ourselves in the front rows of the packed hall, nibbling on popcorn, waiting to be mesmerized. Soon enough, Bruce Willis came on the screen and mumbled something. Somewhere along the line, we lost the plot. As people who have viewed the movie would know, a quarter of the movie is in Russian. And sure enough, there were subtitles for those bits – but in Chinese.

And so we sat through two agonizing hours, trying to guess what’s being said and then trying to connect the dots.

In the last year or so in China, we have been through much worse than A Good Day to Die Hard. We have watched practically every English movie – good or bad – that has released here, which has included some utter disasters, names of which I can’t even remember.

Here’s the thing: for expats like us, English entertainment options in Beijing are few and far between. There is nothing to watch on TV unless you subscribe to an English package, which we have by the way and it gives us four English channels. Between CNN, Cinemax, HBO and National Geographic, frankly there isn’t something to watch at all times.

Besides China has a painful quota on the number of Hollywood movies that can be released here. That quota incidentally went up marginally last year: up from 20 a year to 34, hence I shouldn’t complain. But still…

And so I was looking forward to the release of Django Unchained in China. I even had the date 11th April earmarked in my calendar. The movie was being publicized heavily in China – video trailers were playing on giant screens at subway stations and there were Quentin Tarantino interviews in expat-centric magazines.

This is Tarantino’s first movie to be released in China, and it is said that he was himself taking special care to suitably ‘adapt’ parts of the movie for the Chinese market.

As Zhang Miao of the Chinese branch of distributor Sony reportedly told the Southern Metropolis Daily newspaper: "What we call bloodshed and violence is just a means of serving the purpose of the film, and these slight adjustments will not affect the basic quality of the film – such as tuning the blood to a darker color, or lowering the height of the splatter of blood. Quentin knew how to adjust that, and it's necessary that he is the one to do it. You can give him suggestions, but it must be him who does [the tuning]."

Adapting – or should I say snipping – movies for China is not uncommon. As I wrote earlier, the latest James Bond flick Skyfall went through the censors and emerged without a whole scene. Cloud Atlas, another movie that was marketed heavily in China, was played in the theaters with a full 38 minutes missing.

Tarantino was probably thinking on the same lines when he snipped out bits of blood and gore from Django so that it would be more palatable for China. But that wasn’t enough apparently. And so on 11th April, the movie premiered in Sanlitun as planned, and after about a minute or so, the screening was abruptly cut short. Movie goers were told that the Chinese censors had stepped in at the last minute and asked them to stop screening the movie. No further explanation was given. (And I counted myself lucky for not having gone to watch the first show.)

Now, many theories abound for why Django Unchained was pulled off theaters in China. And I am not quite sure if it will make it back to the theaters after further snipping.

And there is no way Tarantino could have foreseen this. However, he could have done something to easily stall the possibility of such a thing happening. He could have co-produced Django with a Chinese company.

Increasingly, Hollywood producers are looking for such partnerships as it helps them circumvent the quota for Hollywood movies, and take back more from the Chinese box office revenues (currently if they are not co-produced, they can take 25% of the box office revenues, up from 13% in previous years). Iron Man 3, Transformers 4 and the Expendables sequel will be Chinese co-productions.

Apparently James Cameron is also toying with the idea of a Chinese co-production for the sequel of Avatar. “Within five years, China could easily be as big a gross-revenue market for film as North America, and there are very specific economic incentives for having both Chinese content and Chinese co-production. We are already funded on Avatar 2 and 3, but if we qualify as a co-production, there might be some incentives in the percentage of revenue we can take out of China. We are running the numbers to see if that makes sense,” Cameron, who shot most of Avatar in China’s stunning Zhangjiajie mountains, said to The Hollywood Reporter. (As an aside, in order to boost tourism, China has even renamed the mountain in question as Avatar Hallelujah Mountain.)

What is even more interesting is the extent to which the co-productions will go to appease Chinese viewers. Iron Man 3, apparently will have a Chinese version, different from the global version. “The Chinese version of the film will also feature a special appearance of China’s top actress, Fan Bingbing, and will offer specially prepared bonus footage made exclusively for the Chinese audience,” a story in The Diplomat says. Apparently, parts of it will also be shot in Beijing. Avatar 2, if it is finally a Chinese co-production, will have Chinese characters.

I am all for such co-productions – as long as I get to watch the movies I want.

16,164
Thank you for your comment, we value your opinion and the time you took to write to us!