Li Ning and the Delicate Art of Going Upmarket

To my mind, the company is making a fatal mistake. It would be foolish to ignore the opportunity in your own backyard, loosen your grip on your strongholds and go head to head with the giants on their home turf. The US debacle has shown that it is premature for Li Ning to do that 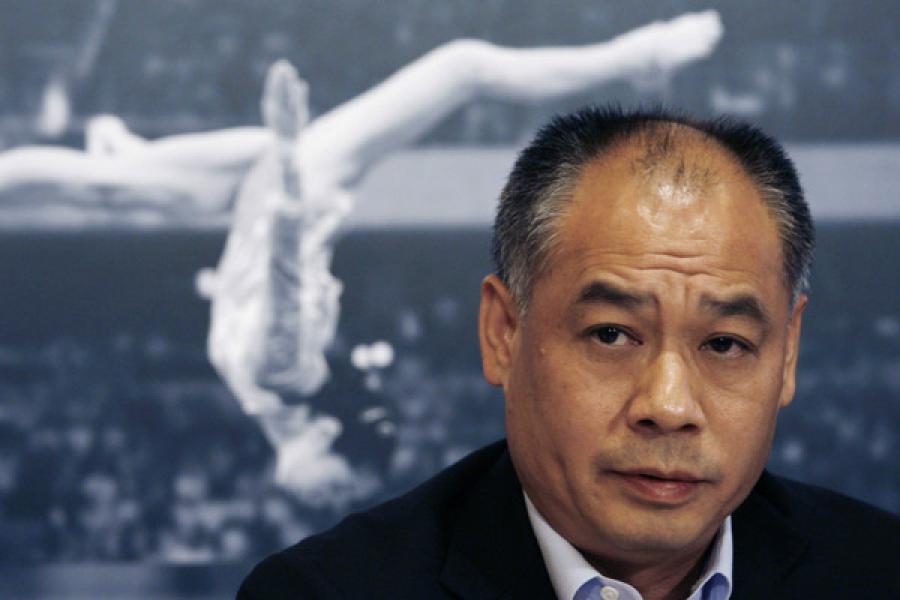 Those of you who saw the 2008 Beijing Olympics would recall the stunning visual of a gymnast suspended in the air and simulating a run along the rim of the Bird's Nest Stadium, Olympic torch in hand. It looked real, very real.

The gymnast is Li Ning. Li Ning is every bit a star sportsman in China. He won six medals in the 1984 Summer Olympics, and is called the 'Prince of Gymnastics'. He is the first Chinese inductee in the 'international Olympics Hall of Fame'.

Gymnastics aside, I find Li Ning interesting for a different reason. In 1990 Li Ning set up his own sports apparel company. Li-Ning Company Limited has grown to become a major sports apparel company in China. Li Ning stores, both owned as well as franchised, are ubiquitous in Chinese cities. The brand has instant recall. Think of Li Ning as the Nike or Adidas of China. (Incidentally, Li Ning's logo looked very similar to Nike's swoosh till it underwent a makeover.)

And so in 2010 the Nike of China went and planted a flag in Nike's territory – it set up a design center as well as retail store in Portland, Oregon, the city where Nike is headquartered.

Li Ning did other things too to build a global brand, among them signing a joint venture agreement with AIGLE, a French sports apparel company, to distribute their products in China, and dabble in sports marketing. It had sponsorship deals with stars like Shaquille O'Neal and Damon Jones.

These efforts paid off in helping Li Ning build a strong brand in China’s interiors. As this article on SportsPro points out, “Traditionally, Li Ning’s core market had been the middle-income consumers living in rural areas and provincial cities. These were the people who couldn’t afford the latest US$170 Nike Air Jordans but would settle for the US$50 Li Ning equivalent.” A woman walks past a Li Ning sportswear store in Huaibei (photo: CDIC/Reuters)

Li Ning has all the right ingredients to script the successful global-Chinese brand story but things haven't worked out well so far.

The company recently quietly shuttered its Portland store. Hit by the slowdown, it's share price took on a downward spiral and in July last year the CEO was replaced.

Recently I met Kunal Sinha, a Shanghai-based Indian, and the Chief Knowledge Officer and Regional Cultural Insights Director at Ogilvy & Mather. Sinha is quite an expert on consumer markets in China and the author of several such studies. His most recent research study is on lower tier markets in China, a huge opportunity (200 million households or 650 million people with higher disposable incomes). Among the many things we discussed, Sinha let me in on an interesting observation: while multinational brands like Nike and Adidas are starting to trickle into lower tier cities in China, Chinese brands like Li Ning are making a conscious effort to trade up, or de-emphasize the lower tier cities in their strategy. Li Ning is, apparently, trying to portray itself as a big-city (and global) brand.

“Li Ning is an example of many Chinese brands which want to become more international and start appealing to fashion-consciousness and some of those values, than pure performance or pure value-for-money,” Sinha told me. “What happens when you do that is you might lose out on a customer base, and that’s a strategic choice that the brand makes, that the firm makes – ‘I’ve now decided to refocus the brand to a segment which I think is going to be the future’. It’s really how successfully they’re able to execute the strategy that will determine the fate of the brand.”

In the short term, this is creating intense competition in the market because both the MNC brands as well as the Chinese brands are seeing a future growth opportunity in each other’s strongholds.

Let’s come back to Li Ning. To my mind, the company is making a fatal mistake. It would be foolish to ignore the opportunity in your own backyard, loosen your grip on your strongholds and go head to head with the giants on their home turf. The US debacle has shown that it is premature for Li Ning to do that. The brand has much equity in China, and that is something it should capitalize on first before it goes global in a big way.

18,614
Thank you for your comment, we value your opinion and the time you took to write to us!