Beyond Paris Agreement: Time for local, national actions to meet to global ambition

A global coalition that undertakes strong, coordinated actions towards not only reduction of emissions and adoption of cleaner technologies, but towards net-zero will be our best hope 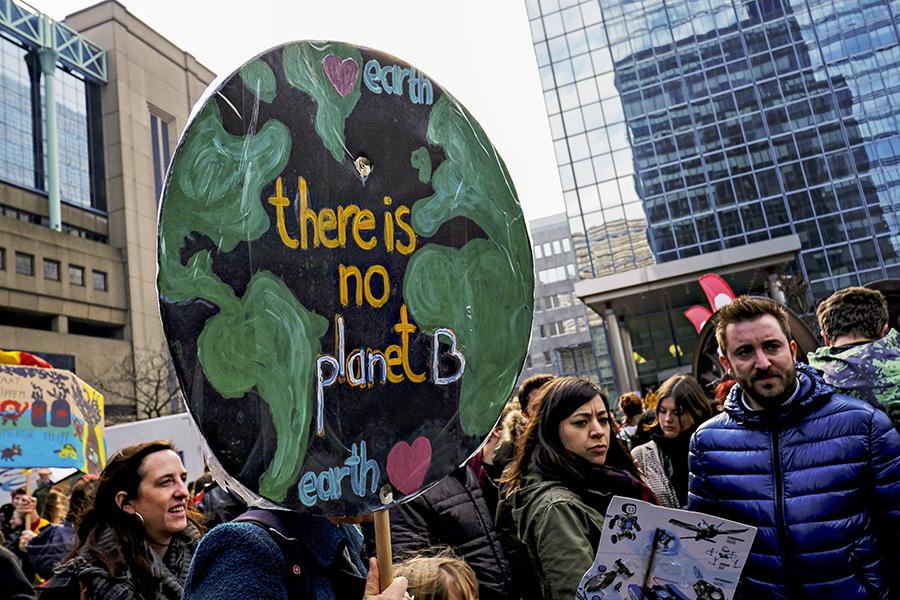 Last year, December 12, 2020, marked half a decade of the Paris Agreement whose key ambition was to cap the increase of the global average temperature well below 2°C. As we enter the decade that matters the most for climate goals, only ratcheting up commitments will not be enough to successfully overcome challenges of climate change. It will be imperative to accelerate global actions towards the goal. The Paris agreement started a process of carbon-emission reducing actions, but these collective, diverse, locally-suited, and nationally determined contributions—while being commendable as a first step—will be starkly insufficient in reaching the “well-below 2°C” limit and fall way before the 1.5°C temperature cap identified in the agreement.

The world temperature will likely exceed 1.5°C between 2026 and 2042 in scenarios where emissions are not rapidly reduced. The 2°C threshold will likely be exceeded between 2034 and 2052 in the highest emissions scenario, with the median year of 2043. In a scenario of modest mitigation—where emissions remain close to current levels—the 2°C threshold would be exceeded between 2038 and 2072, with the median of 2052.

The good news is that solar power has become the cheapest electricity in history, with the technology being cheaper than coal and gas in most major countries. According to the International Energy Agency’s (IEA) World Energy Outlook 2020, solar electricity is some 20-50 percent cheaper today than the IEA had estimated in 2019. This is largely a result of policies designed to reduce the risk of renewable investments. In India too, solar electricity is now the most inexpensive, hitting a historic low of Rs 2/kWh ($0.0270/kWh) in November 2020. The tariff decline of 64 percent between 2015 and 2019 has made renewable energy more cost efficient than coal in a country where more than two-thirds of electricity generated is still coal-based.

Interestingly, the IEA outlook highlights particularly drastic changes for India, where the use of coal in electricity generation is seen growing far more slowly. Coal-fired power capacity is expected to grow by just 25 GW by 2040, which is 86 percent less than the previous expectation of the IEA. It means India’s coal fleet—which was seen as the bogie pushing global coal growth—would barely move over the next two decades.

With rising renewables and slowing coal-based electricity generation, India’s energy transitions have unprecedented opportunities in this decade. Like in the case of LED bulbs—whose prices fell by about 82 percent between 2014 and 2020—a similar pattern in electric vehicles would turn around India’s energy usage pattern, its industry, and help leapfrog to carbon neutrality. A combination of policy levers, institutional innovation, technological support, mobilisation of finance, conscious market expansion strategies accompanied by bulk procurement-induced reduction of prices can help increase sales volumes and faster adoption.

Further, in India, this decade calls for carbon-neutral plans, adoption of greener infrastructure, decarbonised heating applications, enhanced resilience, and greater awareness. The quick spread of Covid-19 is a grim reminder of how calamities respect no boundaries and of the perils of ignoring global problems. With rising temperatures (2010-2020 was the hottest since record keeping began 140 years ago) and melting glaciers, global warming is a continuing threat. To mitigate this threat and to achieve net-zero carbon emissions, $50 trillion in investment is needed. Seen in another way, this trillion-dollar problem also presents a trillion-dollar opportunity: utilising five technologies—renewables, electric vehicles, hydrogen, carbon capture and storage (CCS), and biofuels—can generate great returns while decarbonising the world.

Coming back to the Paris Agreement discussion, studies indicate that even if the commitments are met, the global temperature will almost certainly exceed the two-degree target later in the 21st century. The reality is that global emissions need to decline by three percent points annually for the world to limit warming, but they have actually grown by two percent over the past two decades. Paris nudged nationally determined voluntary action towards climate change, keeping into account the status of economic development and historical responsibility of each party. The mechanism also enabled a ratcheting up of these commitments every few years and stock-taking of accomplishment of the existing commitments. However, the trends suggest that voluntary commitments have been ineffective. At the Climate Ambition Summit, held on the fifth anniversary of the Paris Agreement, countries were supposed to submit a revised and ramped up nationally determined contributions (NDCs), but only 22 plus EU27 have done so.

There is a view that the international climate agreements have been based on a flawed model as they are not binding, overlook incentives, and that the world in 2021 has not really moved further after the 21st Conference of the Parties (COP21), or rather since COP1. Among the many reasons for failure are the selfish and myopic vision of some countries who are not bothered by long-term global issues, in addition to the obstacles of scale, difficulty, and cost of slowing climate change. Despite the challenges of structural flaws in Paris, the global community is better placed because of it. It has set in motion a consciousness to undertake economically-viable transformations, the advancement of technologies, realignment of resources and finances, among other several steps taken across geographies. Recent pledges by China, Japan and South Korea are positive announcements, as is the likely change in the US’s decision.

From here on, the global community should look at approaches towards better and more fruitful management of the global commons. There are models available that replace voluntary contributions with incentive- and penalty-driven mechanisms. These will encourage better financing and technology transfers as incentives, and environmental tariffs on those violating the global commons. Countries can look at creating a pool for sharing finances, technologies, and a mutually-agreed process of carbon disclosures, audits, and solutions. A problem of such significant proportions and fatalistic ramifications requires extraordinary solutions. It is time for local and national actions to translate to global ones. A global coalition that undertakes strong, coordinated actions towards not only reduction of emissions and adoption of cleaner technologies, but towards net-zero will be our best hope.

3,739
Thank you for your comment, we value your opinion and the time you took to write to us!