The issue of sand mining is hidden in plain sight; human greed has made sand exhaustible and it is running out. It's time to look at newer models of sustainable construction and India has the potential to can lead the change 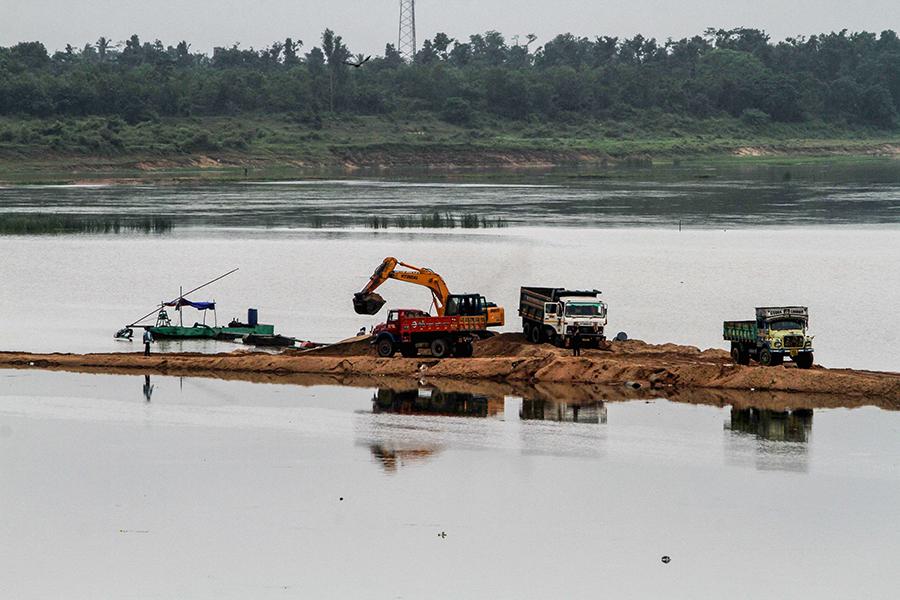 Trucks and other machine are seen inside the Kuakhai river as collects sands from the river to transport it to construction sites just outskirts of the eastern Indian state Odisha's capital city Bhubaneswar, on July 26, 2019. Image: STR/NurPhoto via Getty Images

The Public Works Department of Maharashtra recently permitted bamboo as a mainstream building material to replace some use of concrete. Laws mandate a percentage of recycled plastic in road construction and recycled debris to be used in all public works. These laws are a recognition of shortages of sand—that ubiquitous but essential ingredient of concrete—used for all types of construction that drives GDP growth. They align with the objectives of the national Sand Mining Guidelines 2020, recognising for the first time that sand mining is controlled by a ‘sand mafia’ that attacks and kills those who interfere with their illegal activities.

“I believe that sand is more valuable than gold,” said ex-environment minister Jayanthi Natarajan in 2013, after Durga Shakti Nagpal, the then collector of Gautam Budh Nagar, Uttar Pradesh, was abruptly transferred for taking action against politically-controlled illegal sand miners.

Sand is the second most-extracted material in the world after water. Sand mining adversely affects terrestrial, marine and migratory biodiversity; depletes the groundwater table; causes land erosion and flooding; worsens the effects of climate change and threatens the security of the urban areas that we build with sand from hastened effects of sea-level rise. Yet, we remain unaware of its serious effects and have never paid this extractive industry the attention it deserves.

The issue of sand mining is hidden in plain sight as we continue to watch daily trucks openly take away sand from beaches, rivers, fields, and forests. The most common reaction of ordinary people, when told that sand is in short supply, is of shock because the activity is so widespread and sand is everywhere in a coastal city like Mumbai, that no one stops to question it. After all, ‘as plentiful as grains of sand’ speaks of its inexhaustible supply. But human greed has made it exhaustible, and sand is running out.

Almost 20 years ago in 2004, I was attacked by a politically-controlled sand mafia on Kihim beach, where I grew up, when I first noticed sand mining and tried to stop it. The attack jolted my awareness to recognise the seriousness of this seeming non-issue. In the course of the public interest litigation (PIL) I filed subsequently (India’s first on sand mining), I was attacked again and almost killed, even though protecting our natural resources is aligned with our Constitution.

China and India have used more sand in the last decade than the West used in the entire twentieth century. “Most large rivers of the world have lost between half and 95 percent of their natural sand and gravel delivery to the ocean.” says 'Sand and Sustainability', the very first UNEP Report on sand from May 2019, to which my NGO Awaaz Foundation also contributed. Based on this report, UNEP passed its first resolution on mineral governance, including sand, and recognised the findings of the Global Resource Information Database (GRID)-Geneva on sustainable sand management. 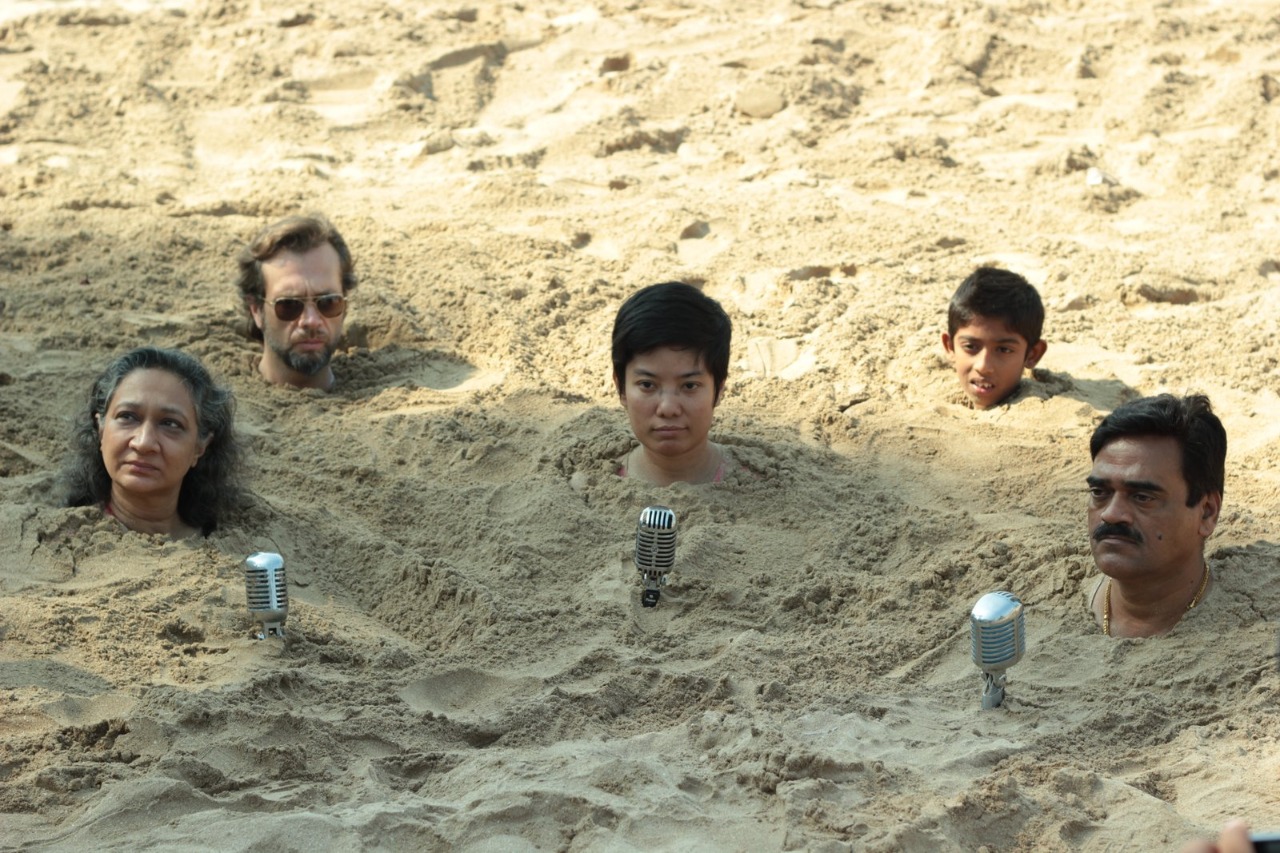 In March 2021, a new UNEP Report ‘International Good Practice Principles for Sustainable Infrastructure’ says “Where new infrastructure assets—or repair and upgrading of existing assets—are required, planners should understand the type and quantity of natural resources required across the whole lifecycle and value chain, and consider the use of alternative materials and technologies that can help to reduce the material requirements.”

The UN has now taken note of the importance of sand to build infrastructure on which modern civilisation depends and is in the process of supporting alternate building technologies to restrict sand use. India has the potential to lead this change in creating sustainable construction models and mainstreaming new technologies. Recycling debris and plastic for construction, use of bamboo, satellite tracking of sand mining sites, its transport and end-use have already found a place in national and state policies.

The computer on which I sit down to write about sand is made of sand too. Looking up at the ceiling, I am surrounded by sand, rigid, painted hard white, bound into concrete. The almost invisible glass is clear, pretends like it has nothing to do with sand, but it too is made of sand. That road behind my house, Mumbai itself and Kihim beach where this story began, hundreds of kilometres along the highway, are all made of sand. India’s rapid GDP growth, built on new infrastructure is all made of sand.

Our beaches, our rivers, where it belong, are running out of sand.

3,084
Thank you for your comment, we value your opinion and the time you took to write to us!

Tweets by @forbesindia
Prev
Sustainability 2021: What have we learnt from this pandemic?
Next
5 myths about lithium-ion you should know