Life Underwater is Perishing: This 'Marine Cemetery' is a Red Alert

A 24-year-old climate activist writes about how he has set up a graveyard to raise attention towards nine endangered marine species, and how small lifestyle changes can make a huge environmental impact

Aakash Ranison is a Responsible Traveller & Climate Change Activist. He can be reached at namaste@aakashranison.com 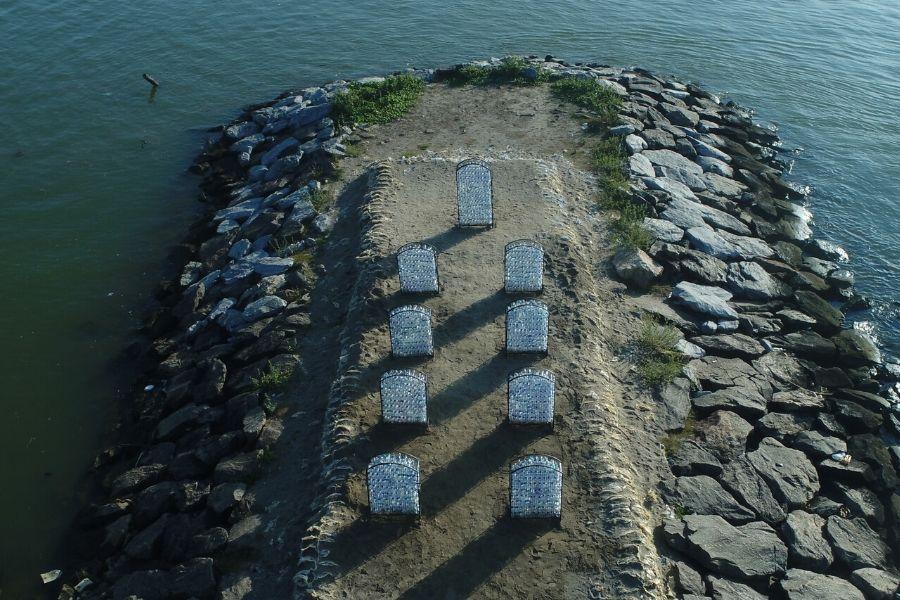 World’s first-ever Marine Cemetery made out of 2000 single-use plastic bottles, a graveyard that will act as a constant reminder of how our actions are leading marine life to extinction

Today, we produce about 300 million tonnes of plastic waste each year. That’s nearly equivalent to the weight of the entire human population. As per the UN Environment report 2018, around the world, one million plastic drinking bottles are purchased every minute, while up to 5 trillion single-use plastic bags are used worldwide every year. In total, half of all plastic produced is designed to be used only once—and then thrown away. And well, the next immediate question is- Where does all this plastic land up?

Only nine percent of all plastic waste ever produced has been recycled. About 12 percent has been incinerated, while the rest—79 percent—has accumulated in landfills, dumps or the natural environment. 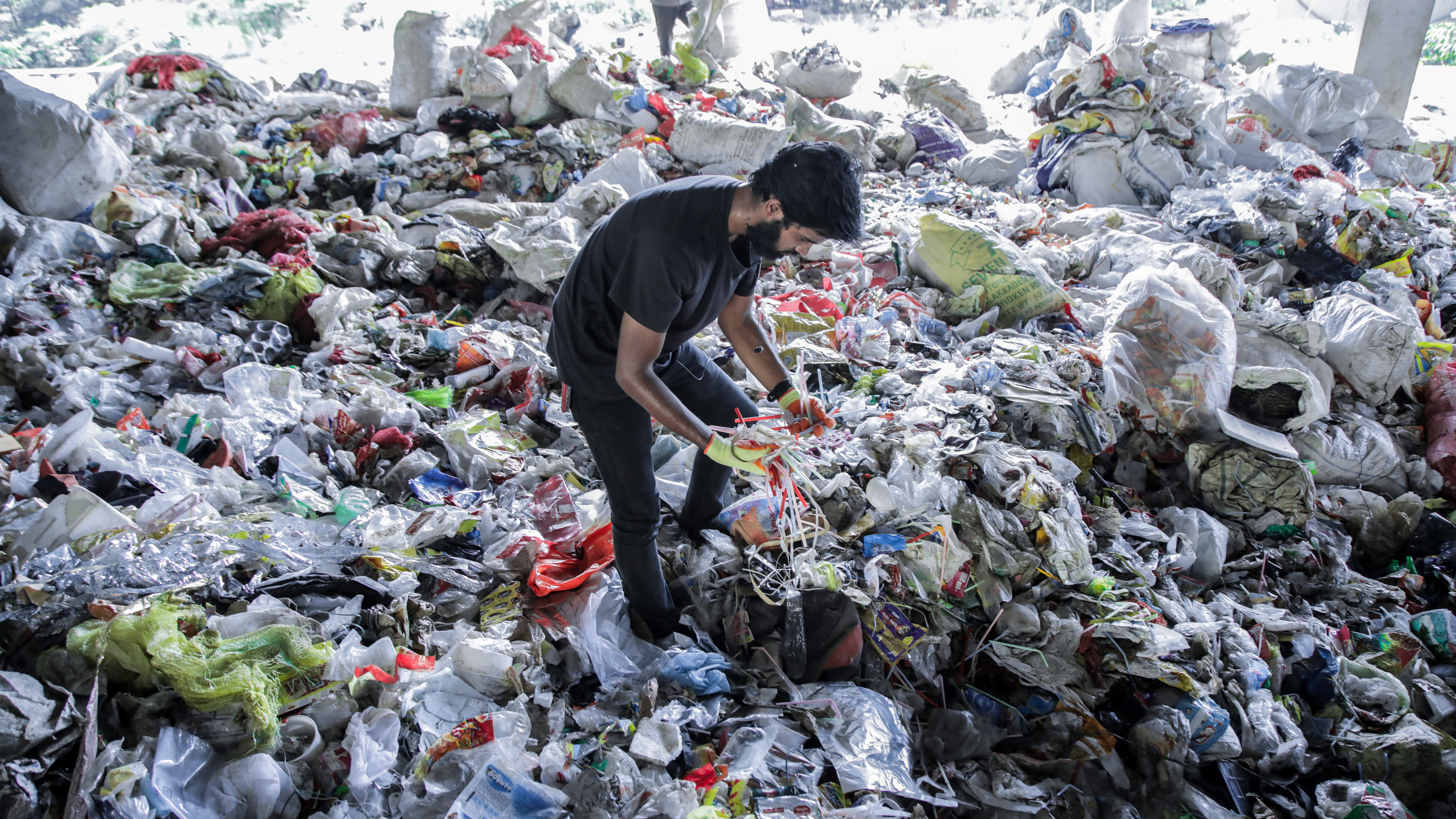 India is one of the major contributors to this plastic menace. We produce 25,940 tonnes of plastic waste every day; however, the larger problem lies in our inability to manage this waste. The majority of this waste lands up in our lakes and rivers, which in turn get merged into the oceans, threatening marine life. Water and plastic pollution, along with overexploitation and climate change, have caused the extinction of 15 marine species, and currently threaten the lives of 700 more.

I’ve been travelling nonstop for the last five years learning about climate crises and actively working towards conserving nature. Travelling gave me my love for nature and my passion to preserve it. 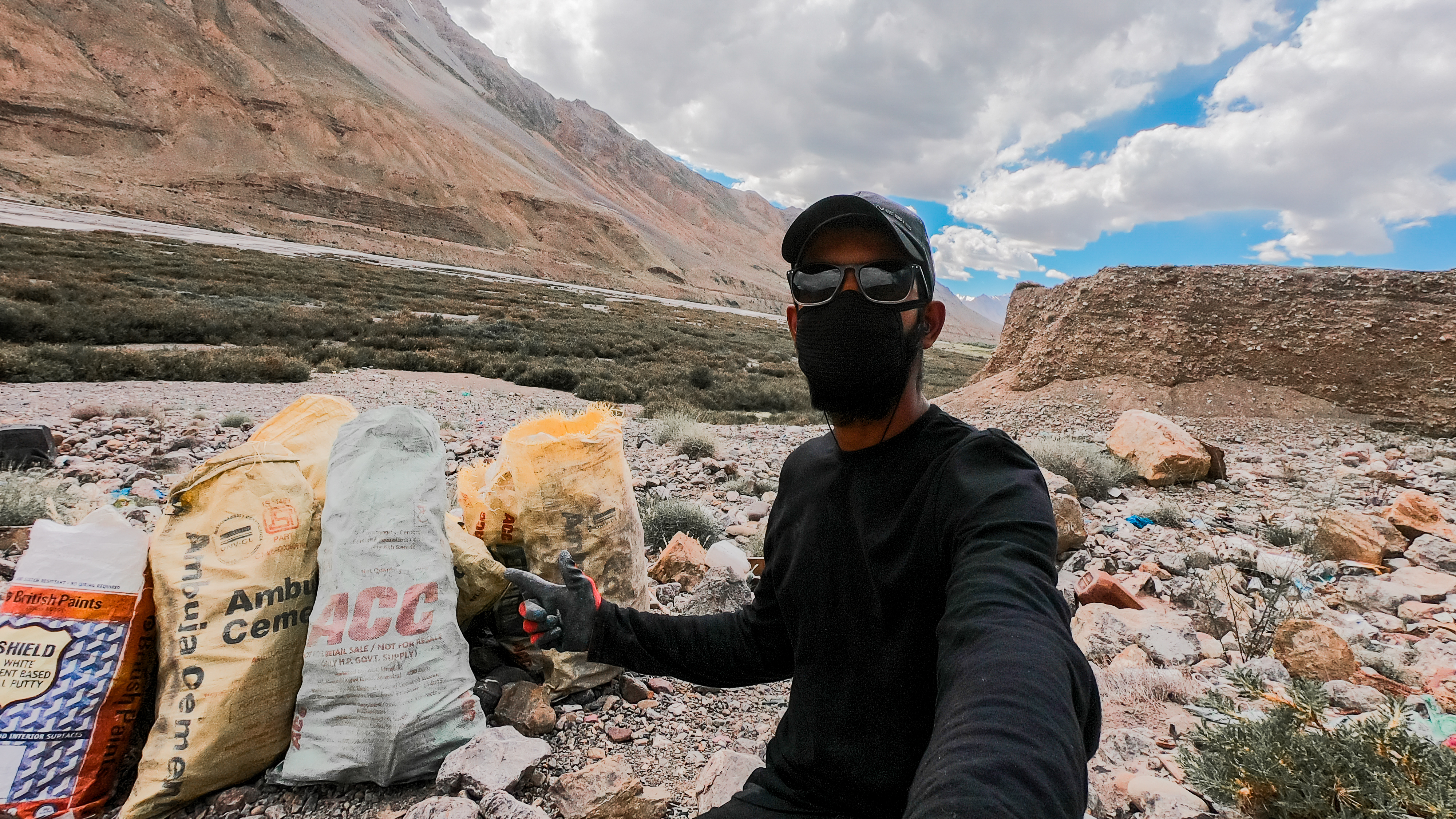 Understanding the severity of this problem, Jellyfish Watersports and I came together to launch the world’s first-ever Marine Cemetery made out of 2,000 single-use plastic bottles, a graveyard that will act as a constant reminder of how our actions are leading marine life to extinction.

Over the last three months, our team has initiated a drive to collect garbage in Chaliyar River. We got together paddlers and locals to clean the Beypore beach, and have been encouraging people to pledge to discard one single-use plastic from their lives to start with. 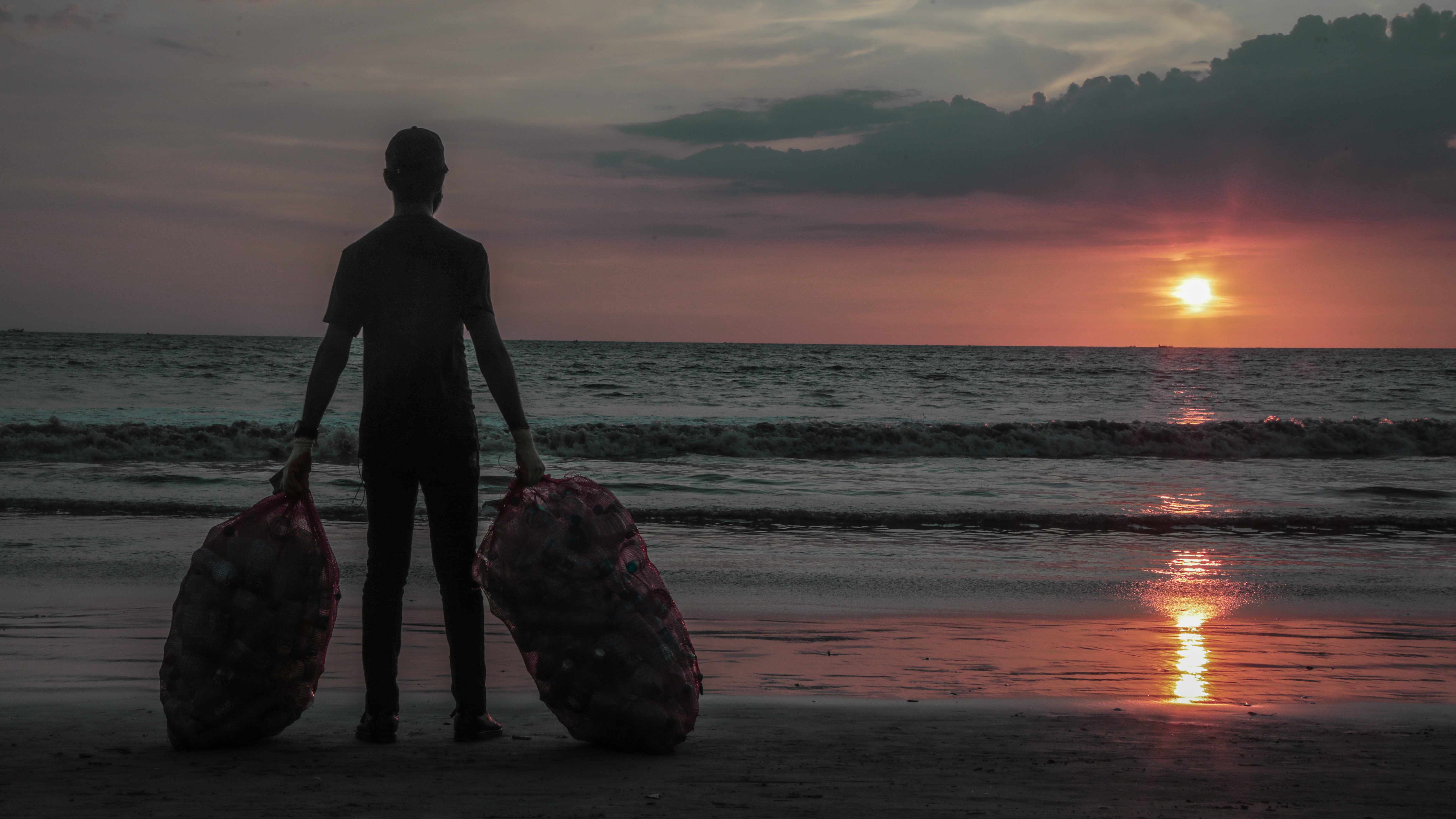 We collected about 2,000 plastic bottles through our clean-up activities, which have been used to build this cemetery at the Beypore beach, Kozhikode, to pay respect to eight critically endangered marine species.

The cemetery depicts nine graves, dedicated to these species:

The cemetery opened its gates on December 4, 2019, on World Wildlife Conservation Day, with the support of Clean Beach Mission, District Administration, Kozhikode, and Beypore Port Department. It will act as an eyeopener of the destruction caused by mankind on the planet’s biodiversity in the name of convenience. 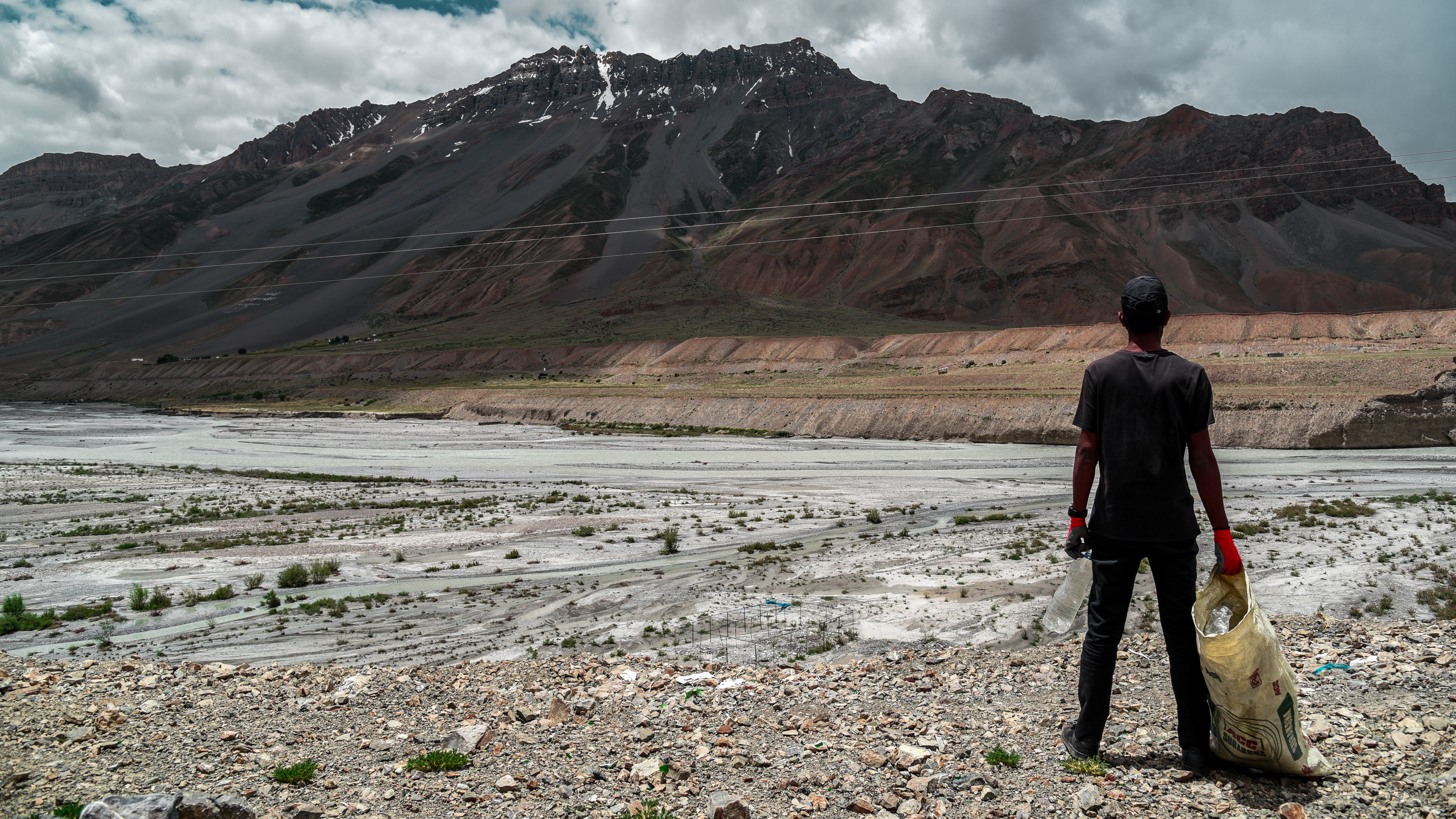 It’s been five years that I’ve been making changes in my lifestyle to make my carbon footprint lower. I’ve walked over 8,000 km, cycled over 20,000, hitchhiked over 50,000, and have taken more than 1,400 public transport rides, avoiding flights and car trips.

It’s been three years since I turned vegan, keeping my Methane footprints low. This lifestyle means saying no to buying products available in plastic packing; I carry a stainless cutlery kit in my backpack at all times.

If we don’t start acting now, by 2050, our oceans will have more plastic than fish. It is time we all pledge to discard one single-use plastic item—it could be plastic straws, cutlery, bags, containers, sanitary pads, wet wipes—from our everyday life.

#OnePlasticLess from your life means millions of plastic items cancelled from the environment.

The writer is a responsible traveller and climate change activist. He can be reached at namaste@aakashranison.com

6,686
Thank you for your comment, we value your opinion and the time you took to write to us!