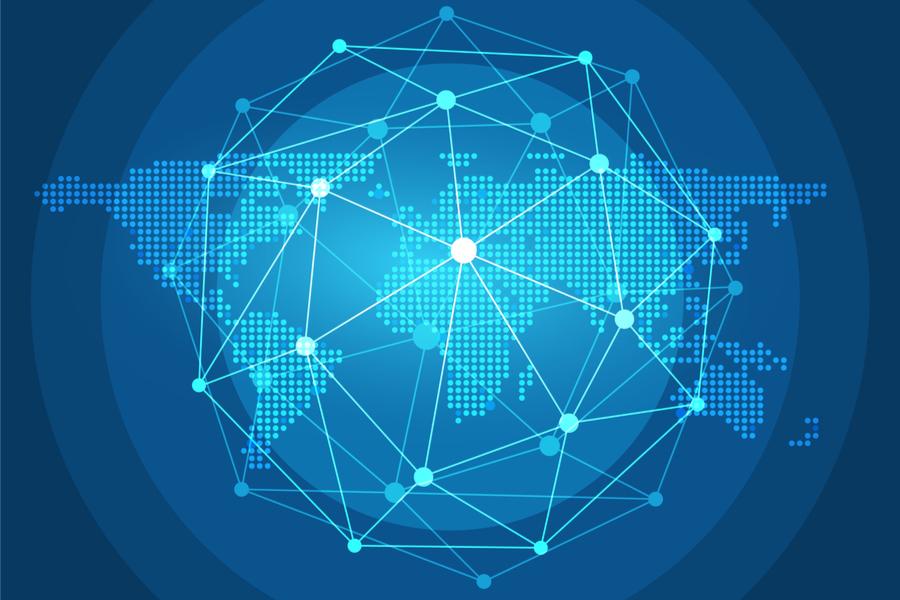 The Covid-19 pandemic has underlined the interconnectedness of people, economies, and the environment globally. There are stark similarities between the effects of the pandemic and climate change in terms of their geographical reach and devastating impact on human lives and livelihoods. Although we could not avert the pandemic, preventing climate change is still possible.

To avoid the catastrophic impacts of climate change, the world needs to limit global temperature rise at 1.5 degrees celsius above the pre-industrial levels. For this, the carbon dioxide emissions globally must become net-zero by 2050. The energy sector contributes three-fourths of the global greenhouse gas emissions, making it imperative to decarbonise this sector. Renewable energy (RE) has come to the rescue by allowing countries to not just grow economically but also sustainably. 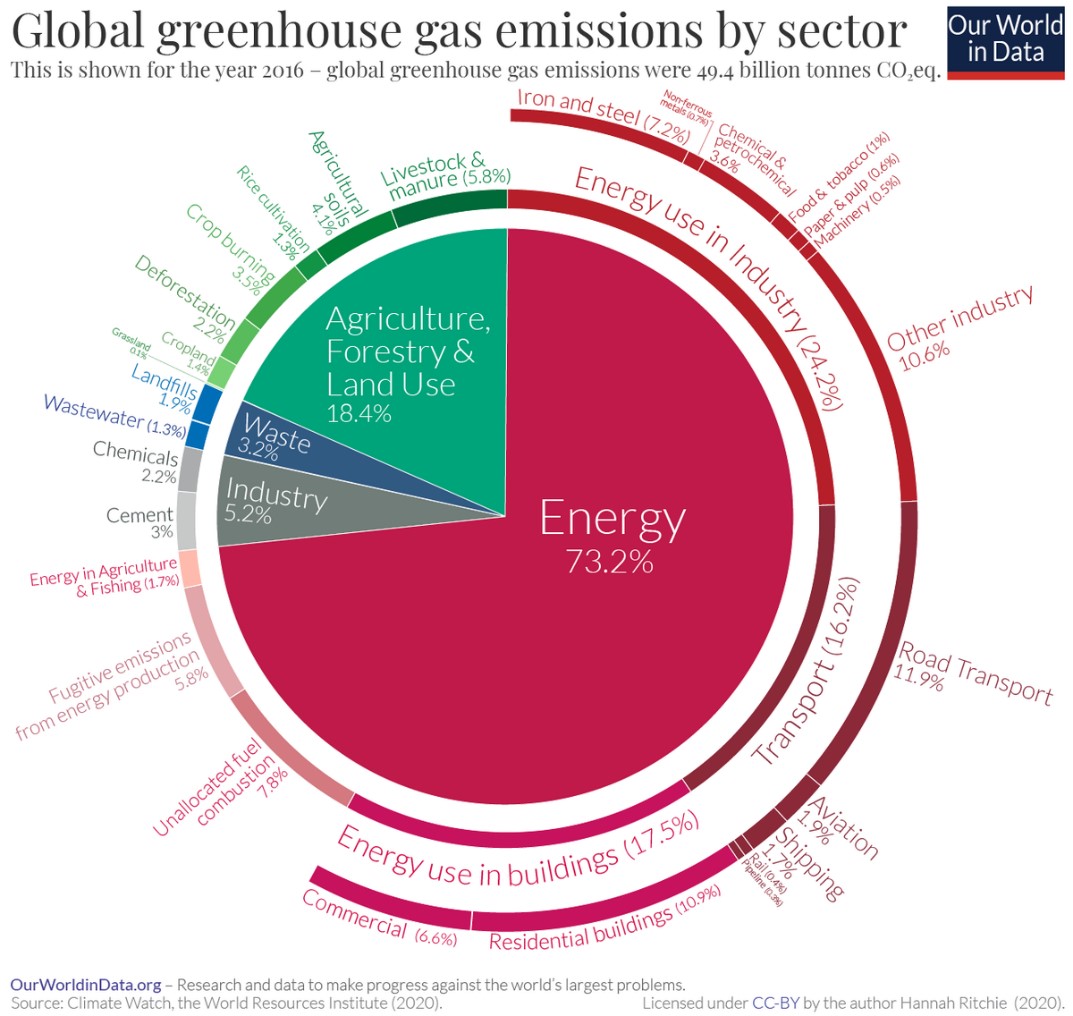 Covid-19 has made us realise that “we all are in one boat”, said RK Singh, India’s Union Minister of Power and New & Renewable Energy, at the third Assembly of the International Solar Alliance (ISA) in October 2020. He underscored the importance of finding ways and means of quickly transitioning to renewable energy for all our energy needs to limit climate change.

Driven by their low cost, renewables are expected to dominate power markets—accounting for half of the power supply by 2035. Besides, the electricity share increases from 19 to 30 percent in the final energy consumption by 2050. However, with a high share of renewables comes the challenge of integrating a high amount of intermittent generation into the grids.

Among several flexibility options, cross-border transmission grids are one of the most promising options. It not only helps in integrating renewables but also to meet energy security and access goals. Besides, they could bring economic benefits to countries. For instance, India, which imports about $250 billion of fossil fuel (oil, diesel, LNG, and thermal coal) annually, can look to develop sustainable RE exports, improve its current account deficit, and reduce imported inflation pressures.

One Sun One World One Grid—An inter-continental grid solution The concept of One Sun One World One Grid (OSOWOG) was first outlined at the first Assembly of the International Solar Alliance (ISA) in late 2018. The idea behind OSOWOG is that the sun never sets. An inter-continental grid can be instrumental in harnessing the sun’s energy (and all other forms of renewable energy) by optimally leveraging the differences in time zones, seasons, resources, and prices between countries and regions. This is particularly helpful for decarbonising countries which have limited avenues of harnessing renewable energy and heavily reliant on fossil fuels. One such example is Singapore, which is 95 percent reliant on natural gas and is land-scarce.

While individual countries with high renewable penetration levels, could have surplus renewable power around a solar peak, interconnecting these countries could transform this surplus into a deficit at a supranational level. Therefore, OSOWOG would facilitate countries to expand their renewable energy generation without worrying about the associated integration challenges.

So, while the arguments for pursuing a project of this mammoth scale may seem plausible, let’s look at what underpins such a concept to work. The availability of undersea transmission grid technology is foremost coupled with a strong business case for OSOWOG—the analytical arguments that would motivate countries to come on board and for lenders to mobilise finance. This would need to be followed by crafting the process to embed these interconnectors in the national and regional energy grid plans. And finally, how all of these pieces are stitched together.

The technology paradigm
Intercontinental subsea power transmission is not a new concept. The technology for high-voltage direct current (HVDC) cabling has advanced phenomenally over the last few decades. Currently, several long-distance submarine HVDC cable transmissions already exist. In November 2019, a 423 km (400 kV, 600 MW) undersea power cable linking Montenegro to Italy was put into operation by Terna—an Italian electricity transmission system operator. Recently, Australia granted “major project status” to an ambitious AUD 22 billion ($16 billion) plan to export power from a giant solar farm in the country’s north to Southeast Asia through undersea cables. The EuroAsia Interconnector between Greece and Cyprus and Israel, expected to be commissioned by December 2023, will have a capacity of 2,000 MW, a length of 1,208 km, and will be laid almost 3,000 meters below the sea. Given the technological advancements and the volume of investments made—it would be safe to assume that technology will not be a bottleneck.

The business case
The transmission system operators around the world are making losses, therefore, it is pertinent to have a strong business case for them. The Desertec project—intended to interconnect Europe with North Africa for clean energy transmission—failed because of several reasons including geopolitics. The fundamental premise is that the countries are currently consuming costly fossil fuel-based power, and in the future would pay more for the same power as demand increases and resources deplete. Besides, these costs do not account for the externalities—negative environmental and climate impacts.

The OSOWOG would help countries replace expensive fossil fuel-based generation with cheaper renewable energy beyond the integration capacities of their national transmission grid—thus providing both climate and economic benefits. Techno-economic analysis of an undersea HVDC link between Europe and North America, published in a science journal, concluded that the benefit for society is sufficient to cover the investment costs. These studies provide the plausibility of synthesising an attractive business case for OSOWOG.

Implementation
A cornerstone for implementing the OSOWOG vision is to craft the process by which these intercontinental grid plans will get underpinned in the country’s electricity plan and regional planning. A good starting point is to conduct renewables resource assessment and identify high power generation zones. The zoning should be coupled with a strong bottom-up effort, where everyone from the national grid companies to the state heads a part of the institutional structure for operationalising the cross-border transmission grid plans. Besides, both resource mapping and institutional structure should be supported by enabling regulations and communication frameworks for interconnecting the national and regional grids. There is significant experience with international energy bodies like International Energy Agency (IEA), International Renewable Energy Agency (IRENA), and others, that could be leveraged to chart these processes.

Finally, platforms like the International Solar Alliance (ISA), BRICS, SCO, G20, and Conference of Parties (COP) of the UN Climate Convention could be leveraged to garner political consensus and draft a binding agreement between countries to cooperate and realise the concept of OSOWOG. We are hopeful that the next United Nations Climate Change Conference, COP26, under the UK Government’s presidency, will jump-start the implementation of the OSOWOG roadmap that has been developed.

3,997
Thank you for your comment, we value your opinion and the time you took to write to us!

Tweets by @forbesindia
Prev
Beyond Paris Agreement: Time for local, national actions to meet to global ambition
Next
Sustainability 2021: What have we learnt from this pandemic?