Covid-19: In sickness and in wealth

Tannistha Samanta is a faculty member with the department of humanities & social sciences at the Indian Institute of Technology, Gandhinagar. Her research lies at the intersection of family sociology and public health. She tweets: @tannistha14 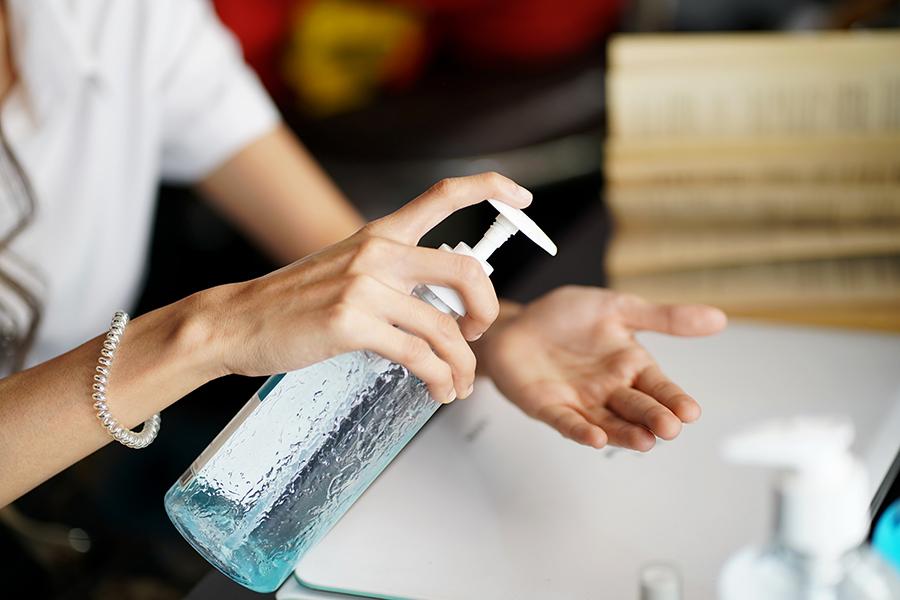 As India wakes up to breathless updates on positive cases of Covid-19, there is an unusual calmness for my household staff—those who come from neighbouring 'gaons' to serve our upper-middle class academic enclave. As someone who teaches and conducts research on medical sociology, their composure on the face of an unrelenting virus was disturbing at first; mildly annoying later.

Exasperated, I asked if they were taking any precautions, while handing them out masks, hand sanitisers and gloves. Sensing my anxiety, one of them reassured me: “Humein nahin hoga madam...woh to amir logo ka bimari hain” (it won’t happen to us, madam..it only happens to rich people). She went on to explain that she had heard the news that those who made “foreign” travels and had been to airports caught the infection. Her data was irrefutable and so was her argument. I sat there befuddled.

Sure, if unequal standards are accepted as a fact of life, what do the lofty public health terms of 'risk' and 'suffering' mean when social class trumps any well-intentioned attempts of containment? How do we make sense of community-based surveillance in neo-liberal regimes of care, where staying healthy is understood as an individualistic bio-moral duty? Further, how will our health systems challenge the logic of equity where the ;success' of controlling a pandemic depends on the spectre of its untested, disposable others? In a context where health statistics of access and utilisation among the poor are abysmal, is a flu-causing virus any rupture from the ordinariness of everyday life or a real crisis? Anthropologists show us a way to respond to these questions.

The mystery of India's (low) numbersAnthropologist Elizabeth Povinelli explains suffering as “ordinary, chronic and cruddy rather than catastrophic, crisis-laden and sublime”. To illustrate her point, she makes an interesting conceptual distinction between 'quasi events' (events that can be allowed to pass) versus crises that demands an assurance of neoliberal forms of statistical aggregation, publicity and media.

In fact, anthropologists have shown differing ways how biological rhythms—births, illnesses and deaths—are registered in lower-income neighbourhoods, or how children in such settings become easy accomplice to the ordinary realism of death. Perhaps it is then reasonable to assume that a flu-related casualty in poorer neighbourhoods is not necessarily perceived as a failure of the state machinations, or a dramatic rupture of everyday life.

Veena Das’s long-standing work on lower-income neighbourhoods of Delhi offer poignant reminders of this interplay between the ordinary and the catastrophic, the normal and the critical. Das’s acute attention to the lexical as well as the symbolic aspects of how her interlocutors disclosed their illnesses might offer an alternative perspective to understanding India’s low positive numbers. Das’s use of the notion of 'illness narrative' (how illness acquires a social existence) is useful to understand how illness (any bodily discomfort) is rendered unproblematic, and readily absorbed within the 'normal ups and downs of life—changes of season, phase of life and so on.

For example, her interlocutors while describing a fever often used the Hindi word bukhaar or the English word, “viral” (viral ho gaya, a viral has happened). Pains and aches are considered normal for old people and readily attributed to budhape ka sharir-age-related frailty (Das, 2015). In a way, Das argues how normal was positioned in the lives of the poor and how illnesses were entangled not only in the physiological location of the malaise, but viewed more as failures of social relationships, of kinship and of neighbourhoods.

In a similar vein, medical anthropologist and physician Paul Farmer’s earlier plea (2001) to rethink the concept of 'emerging infectious diseases' rings uncannily true for Covid-19. Farmers' discomfort with the word 'emerging' is palpable; he warns that this carries complex symbolic burdens.

“If certain populations have long been afflicted by these disorders, why are the diseases considered 'new' or 'emerging'? Is it simply because they have come to affect more visible-more 'valuable' persons?”, Farmer asks.

The fact that this question often falls out of favour in most academic/scientific circles is perplexing, since virologists (eg Morse, 1995) themselves contend that the emergence of a 'novel' disease/infection is rarely a purely virological event, but influenced by causative factors including human demographic and behavioural transitions, transnational travel and commerce, microbial adaptation and inadequate public health responses.

Hence, to understand how a wealth-gradient shapes the differential understandings of health and illnesses requires, as Farmer notes, a critical epistemology of emerging infectious diseases. His plea to push the boundaries of academic politesse to ask the more unusual and uncomfortable questions is significant especially since Covid-19 (as with any other pandemic or disaster) carries a 'rhetoric of immediacy' that will most certainly open the flood gates of conferences, journal special issues and research funding in the scientific world. And as academics/scientists respond to these pertinent yet opportunistic calls for discoveries and peer-review materials, we can still contest the neoliberal academy. Whose risk?  Whose bodies remain tested (and untested)? Who can be blamed for noncompliance of social distancing in a context of systemic economic informality? How can we recast our self-assured claims of causality (poverty leads to infections) when the biology of viruses has more often social origins?

In sum, if we shift the idea of the normal that is mediated by differing meanings of illness and treatment, we might expect to unravel the mystery of low numbers in India.

The writer is a faculty member with the department of humanities & social sciences at the Indian Institute of Technology, Gandhinagar

4,627
Thank you for your comment, we value your opinion and the time you took to write to us!