The Delhi government's job portal, Rozgar Bazaar, saw immense initial success. With the worst impact of the coronavirus and lockdown being felt on the economically backward classes, here's how they can sustain the opportunities for livelihood 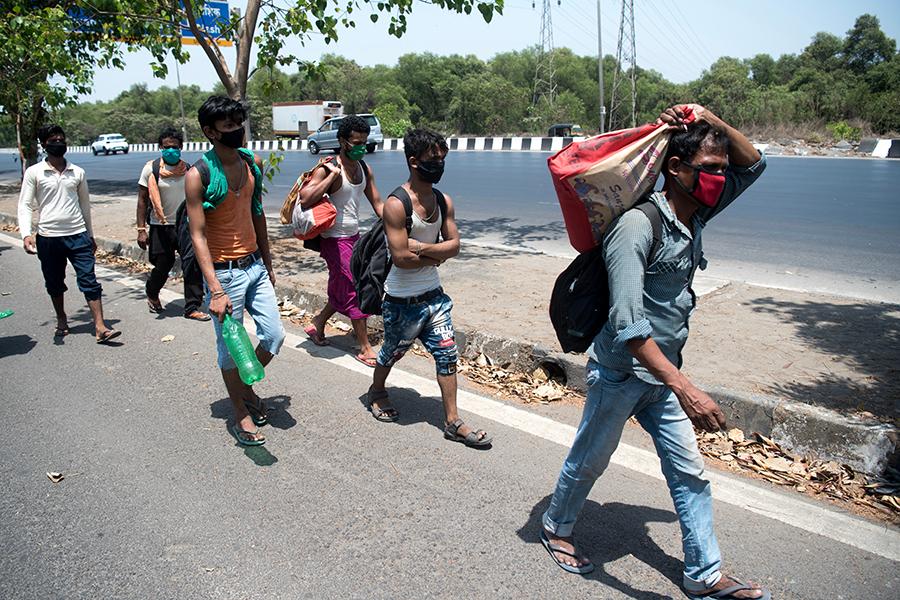 The world lost nearly 400 million full-time jobs in the year’s second quarter (April-June 2020) due to Covid-19 as per the International Labour Organisation (ILO) July 2. Almost 59 percent full-time jobs were wiped out in the Asia-Pacific region with India and other South Asian countries collectively having lost 110 million jobs in Q2 of 2020.

Looking at India alone, the unemployment rate continues to be high, at 8.2 percent, with urban and rural job loss rate at 9.6 percent and 7.6 percent respectively based on data by the economic research house, Centre for Monitoring Indian Economy (CMIE) on August 18. However, a closer look at the previous figures by CMIE, gives a glimmer of hope. Take for example, Delhi. Though the city recorded a high unemployment rate of 20.3 percent in July 2020, this was much below the staggering 44.2 percent in the month of May 2020 alone. Therefore, the “worst may be over” but unemployment levels will continue to remain high than the pre-pandemic times during immediate future.

With the Covid-19 recovery rate in the capital up to 88 percent in the first two weeks of July, the recent launch of job portal, Rozgar Bazaar, by the Delhi government is a move to push the economic revival agenda in the capital after a three-month nationwide lockdown. Termed as the first among a slew of measures being proposed by Delhi government, the move hopes to generate more employment opportunities for both the job-seeker and the employer especially for the returning migrant. The portal looks to plug the gap between those who want jobs and traders, businessmen, professionals, contractors who want to employ the right people for jobs.

Rozgar Bazaar attracted a massive response in the first 6 hours of its launch. With over 1 million jobs offered and 6,000 companies advertising on the web portal in early August, the portal offers hope of decent work and economic growth (Goal 8) aligned with the UN Global Goals. With Delhi migration rate at 43 percent, of which 88 percent are from other states and 63 percent from rural areas, the portal can pull thousands wanting to return and resume work in the capital and offer respite to several businesses. It is therefore imperative to keep up this initial euphoria.

Employers keenness to register and post vacancies, openness among people to help-out construction workers and others (including returning migrants) with the form filling either due to poor internet connectivity or lack of knowledge could be some of the determining factors. As the primary objective of the platform is to provide jobs for those who have been laid off due to Covid-19, an applicant reference check could be inbuilt in the portal as step 2 so that jobs primarily go to the needy and deserving on priority and, not merely to those wanting to hop-on and hop-off. Considering applicant diversity and linguistic variations, a multi-language option could help widen the platform reach and help increase employment rates.

To further make this portal a success, it would be important for the Delhi Government to invite a number of corporates, including MSMEs, and provide them support as may be required. As a sweetener, they may even consider working out a wage-sharing arrangement for the first few months to the employer to encourage more hiring and jobs. This would be one of the many measures required to revive the job market and the economy. At a later stage, this portal could also connect the registered users with training on specific skills. There will need to be a help desk as well to assist both the employers and those seeking employment.

No doubt the most devastating impact of the virus and the lockdown has been felt on the economically backward classes, with limited access to proper healthcare and other resources. While many have called out to the Indian government to consider an urban employment guarantee scheme, recent measures such as central scheme Garib Kalyan Rojgar Abhiyan (GKRA), skill mapping exercise by state governments of Uttar Pradesh and Bihar (regions of highest migrant population) and now the Delhi government portal push are welcome steps to empower and provide livelihood opportunities to returning migrant workers which will further the agenda for building an Atmanirbhar Bharat.

Crisis such as these have no national borders. WHO has warned of a second wave of pandemic? India is also vulnerable. In such a scenario, several countries may enforce restrictions again. Nearly 12 percent of the working hours—around 340 million full-time jobs—compared to the last quarter of 2019 would be lost, as per ILO. It is thus important for governments, workers and employers to implement a job-rich, inclusive, sustainable and equitable recovery to help create more livelihood opportunities and thus help them save for the rainy days.

The writer is a Managing Director of IPE Global

2,519
Thank you for your comment, we value your opinion and the time you took to write to us!

Tweets by @forbesindia
Prev
How tech can help non-profits cope with Covid-19
Next
How secure is your work-from-home set-up?