Is India's economic recovery for real?

Despite pockets of stress, fundamentally speaking, the Indian economy is in fine fettle. The ongoing economic recovery should translate into a robust GDP growth of between 8-8.5 percent in FY22 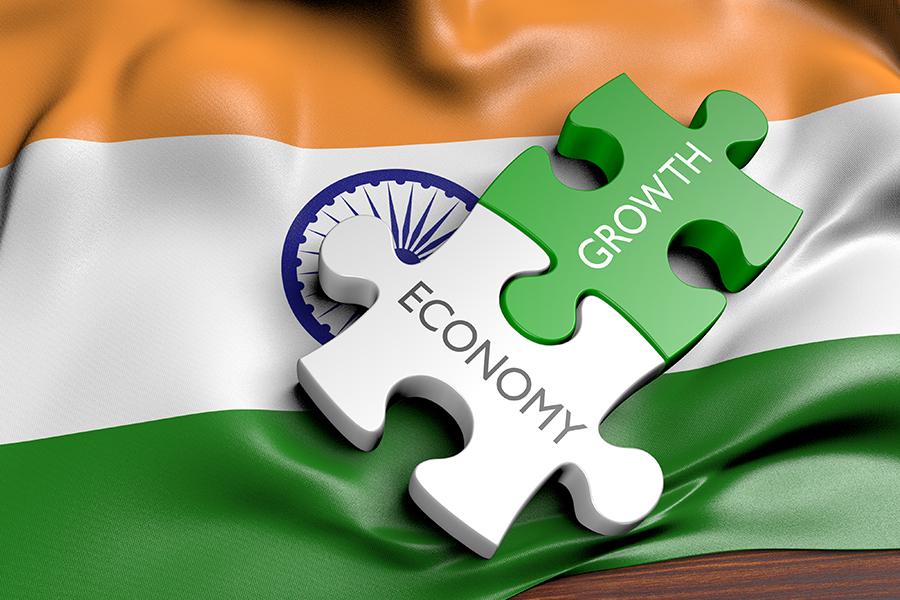 Britannia, one of India's leading food companies, has been in the news of late. It reported a robust 117.38 percent jump in net profit for the June 2020 quarter, on the back of a healthy 26.41 percent rise in revenues. The company's results sparked a larger debate about changing consumption patterns during the lockdown and of course, strength of the economic recovery in India. Well, early green shoots of economic momentum have emerged in the last three months with indicators such as electricity, fuel consumption, inter and intra-state movement of goods and retail financial transactions witnessing a sharp pick-up.

For instance, the total assessable value of electronic way bill or e-way bills more than doubled in May to Rs 8.98 lakh crore, from Rs 3.9 lakh crore in April 2020. More than 42.7 million e-way bills were generated in June with a total value of 12.4 lakh crore, higher than the March number of 40 million bills. Goods and Services Tax (GST) revenues for June 2020 rose to Rs 90,917 crore from Rs 62,009 crore in May, and Rs 32,294 crore in April.In fact, the healthy June GST collections are 90 percent of last year's monthly average of Rs 1.01 lakh crore, which is good news.

Again, consumption of petroleum products rose by 47 percent from 9.94 million metric tonnes in April 2020 to 14.65 million metric tonnes in May. The year-on-year (YoY) contraction in consumption growth of petroleum products was 18 percent in June 2020, 23.2 percent in May and 45.7 percent in April. Clearly, the pace of contraction has slowed. Interestingly, India's peak hour power demand, currently at 159 giga watts (GW), is at 94 percent of the pre-Covid peak-hour power demand of 170 GW. Also, railway freight traffic improved by 26 percent in May, compared to April.

However, jobless growth is futile. Prime Minister Narendra Modi, last month, inagurated the 'Garib Kalyan Rojgar Abhiyaan', which envisages generating around 8 lakh man-days of employment by the end of October 2020, spending approximately Rs 1,800 crore. Indian Railways has already generated 1.6 lakh man-days of work in last four weeks and spent Rs 608 crore under this scheme. Net employment creation in the formal sector stood at 3.18 lakh in May 2020, a whopping 218 percent growth over April, as per Employees' Provident Fund Organisation (EPFO) data. In addition, 8,367 new establishments were registered in May 2020, a 72 percent growth over April.

If proof of the pudding is in the eating, then results for the June 2020 quarter, posted by HDFC Bank, India's largest private sector lender, corroborate the underlying economic momentum. The bank reported a solid 19.58 percent YoY rise in net profit at Rs 6,658.62 crore, driven by 20.9 percent growth in advances and 24.6 percent growth in deposits of. Of course, keeping a lid on slippages is something all banks have to be cognizant of.

Clearly, after a strong 5.9 percent growth by farm sector in the March 2020 quarter, agriculture, thanks to a normal monsoon, is yet again leading the recovery. Despite a delayed procurement due to the lockdown, Rs 73,500 crore was paid to 42 lakh farmers towards minimum support price (MSP) for wheat. An unprecedented 382 lakh metric tonnes (LMT) of wheat and 119 LMT of paddy were procured between April and June. Kharif crop sowing saw a 39 percent YoY increase to 13.13 million hectares as of June 2020. Fertiliser sales in May this year also surged by 98 percent to 4 million tonnes, compared to May 2019. Mining, which also grew by a good 5.2 percent in the March 2020 quarter, should get a bigger boost thanks to the government's bold reform of throwing open commercial coal mining to private enterprise, after 47 years. Mahindra & Mahindra's farm equipment sector saw domestic sales in June 2020 surging 12 percent to 35,844 units,as against June 2019. This was the firm’s second-highest June sales ever, further cementing the premise of an economic recovery.

Speaking of revival, Hero MotoCorp, the world's largest two-wheeler manufacturer, reported domestic sales at 450,744 units in June 2020, a superb 300 percent growth versus May 2020. In February this year, the two-wheeler major had posted sales of 4.98 lakh units. This implies, despite a raging pandemic and the lockdown, the company achieved 90 percent of its pre-Covid sales in June this year. In contrast, Maruti reported a 54 percent decline in sales in June, with sales at less than 40 percent of pre-Covid sales. Over 65 percent of Hero's sales come from rural areas whereas only 40 percent of Maruti's sales come from rural areas. What this indicates is, while a strong economic momentum is certainly building up, rural India is doing better than urban India and rural spending will be the key catalyst in the growth trajectory. The Achilles' heel at this stage are the construction, real estate and hospitality businesses, with restaurants fworking at barely 10-20 percent of pre-Covid levels, for instance.

However, India Manufacturing Purchasing Managers’ Index (PMI) stood at 47.2 in June, compared with 30.8 in May, indicating firm trends of uptick in private investment spending. New orders' component jumped from 21.4 in May to 46.4 in June and employment component edged up from 42.7 in May to 44.2 in June. With partial unlock allowing resumption of several economic activities, unemployment rates have fallen rapidly in June, crashing to as low as 7.26 percent, after peaking at 29.22 percent in May 2020.

To cut to the chase, despite pockets of stress,fundamentally speaking, the Indian economy is in fine fettle. With the RBI reducing the benchmark Repo rate by 115 basis points in 2020, after a massive cut of 135 basis points in 2019, the capex cycle is poised for a headstart. True,India's GDP grew by only 3.1 percent in the March 2020 quarter. Equally, China saw a contraction of 6.8 percent and the US, a contraction of 5 percent, for the March quarter. Clearly, a global slowdown was in the making even before the advent of the pandemic.

Equally, in the post Covid-19 world, thanks to structural reforms of the past six years, a forex war chest of $517.637 billion and, a large domestic retail market of over $800 billion, India is relatively de-coupled. The ongoing economic recovery should translate into a robust GDP growth of between 8-8.5 percent in FY22, if projections by S&P and Fitch are anything to go by.

7,952
Thank you for your comment, we value your opinion and the time you took to write to us!

Tweets by @forbes_india
Prev
Are we at the AI inflection point 2.0?
Next
The six stages of well-being in lockdown: Which one are you at?