Adarsh Noronha is the General Manager and Senior Sales Director at CX Oracle. 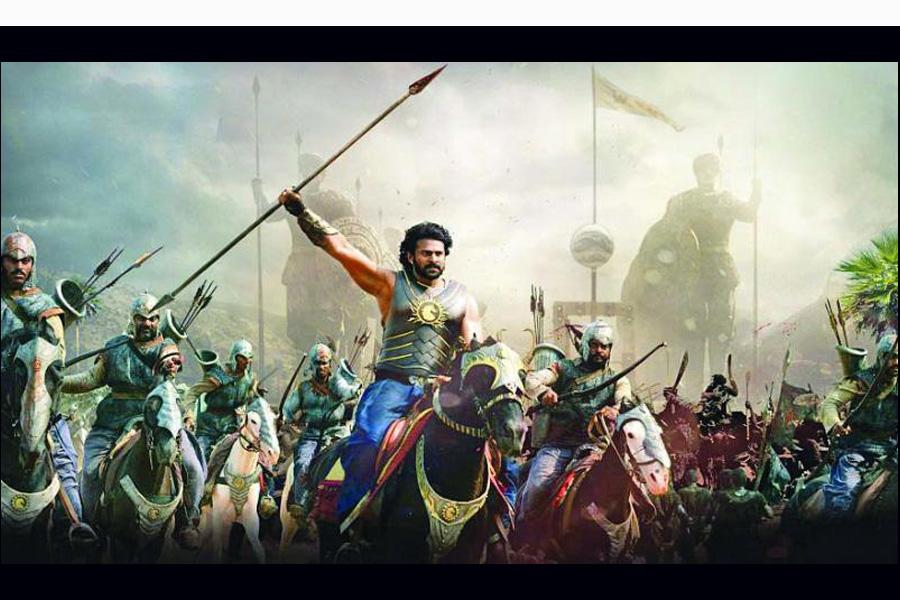 Baahubali has been the highest-grossing franchise of the Indian film industry, and is a great case study in its out-of-the-box customer experience (CX) and digital marketing strategy. From strategic partnerships with top brands to a creating an online game, from a TV show to an animated series on Amazon Prime, marketers of this film left no stone unturned. In fact, its digital marketing team put in assiduous efforts two years before the release of this epic, owing to which it has become a classic case study for marketers. The makers of this magnum opus attempted to engage with audiences using a wide range of online channels that resonated with them, in novel and never-before-done ways. The power of omni-channel experiences to reach out to all age-groups was not discounted by the strategists either.

Lesson #1: Innovative pre-launch strategies SS Rajamouli announced online auditions for the film’s casting through a post on Facebook and received over 5,000 applications to that call. Mystery and teasers played a big role in creating pre-release excitement as well as reminding the audience about the unrevealed part of the story specially for Baahubali 2. Audiences kept waiting with bated breath for two years to uncover the answer to the mind-boggling question - ‘Why did Kattappa kill Baahubali?', leading to sold out theatres and crazy queues, weeks before the release of the second installment of the film. This campaign had immense recall value and ended up as being the source of countless memes, popping up ever-so-often on our social timelines. If the right tools are available at hand, driving success through social media campaigns is possible.

Measuring that success is equally critical as well. With unified listening, analytics and engagement, technology can help data-driven marketers derive actionable social insights, measure social success, and connect social analytics with business key performance indicators (KPIs) to save time and maximise resources. A complete understanding of how social technologies can be innovatively leveraged for success was one of the critical reasons for Baahubali becoming larger than life even before its release.

Lesson #2: Content is king and customer experience is queenUsing viral marketing and engagement techniques, appealing content kept emerging one after the other systematically, to enhance brand recall and followership. Leveraging impactful images alongside crisp hashtags, which started to trend on Twitter, attracted the right kind of attention and generated the desired curiosity for the blockbuster’s release. Advanced tools were used to track, analyse and jump into all relevant digital conversations. Moreover, the publicity of the film was marked with unique virtual reality (VR) experiences and that even allowed viewers to determine the story's narrative.

Business leaders must learn to design new experiences for existing and potential customers by avoiding falling into the trap of the beaten track and then envisioning a strategic ecosystem to reach out to these customers. This needs to be ably supported with new and experimental forms of content to stay in the minds customers for perpetuity.

Lesson #3: Use the right mix of offline and online platforms All of this in combination with offline strategies and word-of-mouth made this film a mammoth success. In fact, the Baahubali poster, measuring 51,968 sq ft made its way into the Guinness Book of World Records and Limca Book of World Records. Much like Star Trek and Avatar, Baahubali even had a new language in it. Brand associations, half-a-minute snippets, 4K resolution content on YouTube, graphic novel books, animated web series, interactive quizzes, offline merchandise and so on have kept Baahubali alive and kicking in the minds of its fans for nearly half a decade.

Lesson #4: Deliver on expectations: Strategy without execution is nothingA legendary storyline, larger-than-life characters, powerful acts of politics and power, breathtaking visuals and action sequences—all at epic scales, closed the deal for the film, when it came to execution. It offered its customers a 360-degree experience in its truest sense. With well-planned strategies, the makers of the film were not only able to build anticipation but delivered on the expectations of their customers. An absolute fundamental when it comes to delighting customers.

The final wordAs the entire world has gone digital, the possibilities for digital marketing are endless. It’s the job of today’s marketers to deliver cross-channel experiences that are personalised, relevant, and timely. When you engage your customers on their terms you create the long-lasting relationships that brands need to drive loyalty and advocacy. In the last five years the amount of marketing technology options has skyrocketed from just 150 solutions to more than 4,000. This can only mean one thing: marketing technology is here, rapidly being adopted and proving its value every day.

There are so many lessons to be learnt from the phenomenal success and fan following that the Baahubali franchise enjoys. What is clear is that innovative digital marketing strategies and delivering incomparable experiences should hit the priority list of every organisation in order to win the market-share wars. After it, this is where businesses are won or lost.

The author is General Manager and Senior Sales Director at CX Oracle.

10,667
Thank you for your comment, we value your opinion and the time you took to write to us!