Ride hailing to ride failing: How viable is the Uber business model in 2020?

The industry remains unprofitable, with no player currently making money in this market. Much like the airline industry, players have been engaging in price wars where the only winner is the customer

Sanjyukta Chauhan is a Senior Strategy Consultant at Accenture Strategy in London. 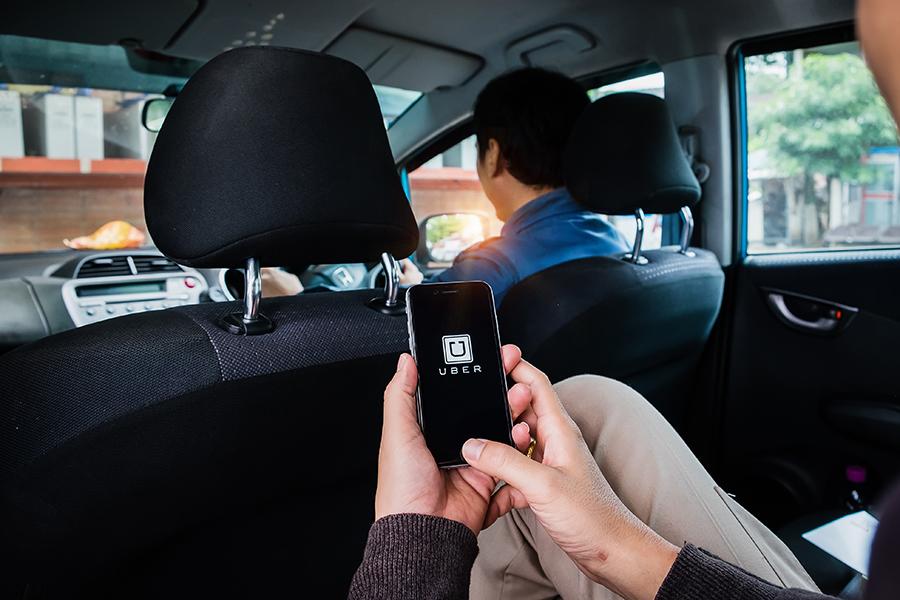 All that platform talkThe "platform" market has attracted significant debate and media attention recently. This is unsurprising, with 7 of the 10 most valuable companies globally now based on a platform business model. A platform business model applies technology to connect users within an ecosystem to exchange and create value, such as Amazon, Alibaba, Facebook and so on. More than 30 percent of global economic activity—approximately US$60 trillion—is expected to be transacted through digital platforms in six years’ time, according to a McKinsey report.

It is generally believed that the winner takes all in a platform market. This means that once a player reaches a strong market position, it ends up dominating the market, leaving the rest to compete for relatively less. While this has been true for Facebook and Amazon, Uber has had a different fate.

The Uber modelRide hailing is a type of platform business model that connects drivers to riders or supply to demand. It works better than the traditional taxi industry as it can more appropriately predict, capture and optimise rides. The ride-hailing market is still in its nascent stages, and was estimated as a $50 billion market in 2018 by P&S intelligence. A recent report by Goldman Sachs estimates the total addressable opportunity for urban mobility at $7 trillion. To put things into perspective, less than one percent of this market is currently tapped.

While it is difficult to predict future dynamics at this nascent stage, I believe that ride hailing is a local industry by nature. Uber, undoubtedly, has disrupted the transport ecosystem, but its position continues to be challenged across geographies. Evidence of this can be seen in Uber’s recent struggle with its IPO, strong competition in local markets (from Bolt, Lyft, Ola etc) and an unclear path to profitability.

Ride hailing is commoditisedA peculiar feature of the market is that there is limited product differentiation as players only compete on price and wait time. Once companies achieve a wait time of <3mins, customers become indifferent. When compared to a similar business model of Airbnb, where customers look at a variety of factors such as location, furniture, design, price point and quality of service, Uber’s offering is largely homogenous. While homogeneity makes the matching process of demand and supply easier, it also breeds stronger competition.

Then comes price. Price usually is not considered a source of sustainable competitive advantage—competitors can always undercut you if they are backed with deeper pockets. Price wars with Didi in China and Lyft in the US have resulted in heavy losses for all the parties involved. Lowering prices adds to losses, since each new ride has certain variable costs associated, such as driver hourly charges and fuel. This is unlike traditional Saas companies, where marginal cost per new sale is negligible.

Low switching cost lead to low customer loyaltyRide-hailing customers are in no long-term contracts, unlike membership-based platform players such as Amazon Prime or Spotify. They can easily switch between providers. Statistics suggest more than 34 percent of people in the US who use ride-hailing services use both apps, Lyft and Uber. That’s up 50 percent plus from two years ago, according to Vox.

Further, leveraging analytics and data to personalise recommendations has profited many technology companies, and enhanced customer loyalty. However, ride hailing is inherently difficult to personalise. Uber experimented with partnerships with Spotify to deliver personalised playlists for your rides, but met with limited success.

Lack of network effectsRide hailing does not have 'direct network effects', a major entry barrier that Facebook enjoys (i.e. for a Facebook user to switch networks, he/she would need their entire network of friends to switch to another social media platform). It does enjoy “indirect network affects”, meaning the more drivers on its networks, the lower will be wait time for customers, as customers see lower wait times they will have higher propensity to book cabs leading to more rides, which leads to higher driver utilisation and better pay for drivers and eventually results in more drivers and the cycle goes on.

This is also known as the liquidity effect.

Uber cites this as the most important reason why it will eventually be successful. While this is true, only at a city level, geographically, every time you enter a new market, this network will need to be rebuilt every time. This is another reason why Uber is trying to make acquisitions to get access to new driver networks quickly, instead of organically building them. For example, Uber acquired Careem Middle East last year.

Second-mover players are leveraging this advantage. For instance, a company called Juno uses Uber driver rating to quickly screen the drivers prior to enrolment. The low barriers to entry have led to many new entrants, for example, Ola, Grab, Bolt, Kapten, Didi.

Low driver loyaltyJust like customer loyalty, driver loyalty too is low. 70 percent of total drivers work with Uber and Lyft in the US. Most drivers care about the price that they get for the ride and the incentives that the company provides. Monthly churn for drivers for Uber is 13 percent and driver promotions is where the maximum cost for Uber lies, not customer acquisition which would have been more intuitive. Bolt was able to get drivers on its platform in Uber’s earlier undisputed London market by reducing the commission cut from average 25 percent charged by Uber to 15 percent.

Moreover, this market will remain competitive for driver acquisition due to limited supply. When you compare this to e-commerce, a vendor can supply to Amazon but can also supply to Walmart in case he sees increased demand, however, in ride sharing while the driver can have both apps at the point of customer demand, he can only choose one ride in case he has two simultaneous requests.

Regulatory issuesThe regulatory environment in this market remains the biggest bottleneck to really thrive. Regulators are banning ride-hailing apps in certain markets as well as enforcing labour regulations of minimum wages with a change in outlook of drivers from contractors to employees. This will significantly impact the unit economics fundamentals of ride sharing with its current pricing.

Ride hailing to ride failingThe factors above are not only true for Uber but all the players in the ride hailing market. The industry remains unprofitable with no player currently making money in this market. Much like the airline industry, players have been engaging in price wars where the only winner is the customer.

Uber, the largest player in the market, lost $5 billion in 2019 in just three months. It has also admitted that it probably will never turn profit in its core service of ride hailing. Yet, investors continue to pour money into ride sharing (though the IPO listing for both Uber and Lyft was dismal). The end goal very well could be only customer acquisition and retention, and not profitability.

My question here is that is this even worth it, to try to secure market share of a disloyal customer base by subsidisation of prices?

One platform fits allRide hailing companies have amongst its key assets a network of drivers, customers, technology/data and brand. These companies will look to monetise these assets over the next few years to hopefully become profitable in the future. Recently, Uber has transitioned from branding itself as ride hailing app to an all-inclusive transportation app with bets in micro-mobility, logistics, delivery and autonomous vehicles. Grab and Gojek in Asia are venturing into financial services to monetise its existing customer base and trying to build a “super app” for everyday life.

These bets seem to suggest that there is a larger play at hand than just ride sharing euphoria that keeps the investors still interested. A loss leader strategy could be at play here, where one service or good is sold at a price below its market cost, to stimulate other sales of more profitable goods. The aim of the loss leader product is to capture the customer—think airlines again: Cheap tickets but expensive added services.

The writer is a Senior Strategy Consultant at Accenture Strategy in London.

6,276
Thank you for your comment, we value your opinion and the time you took to write to us!