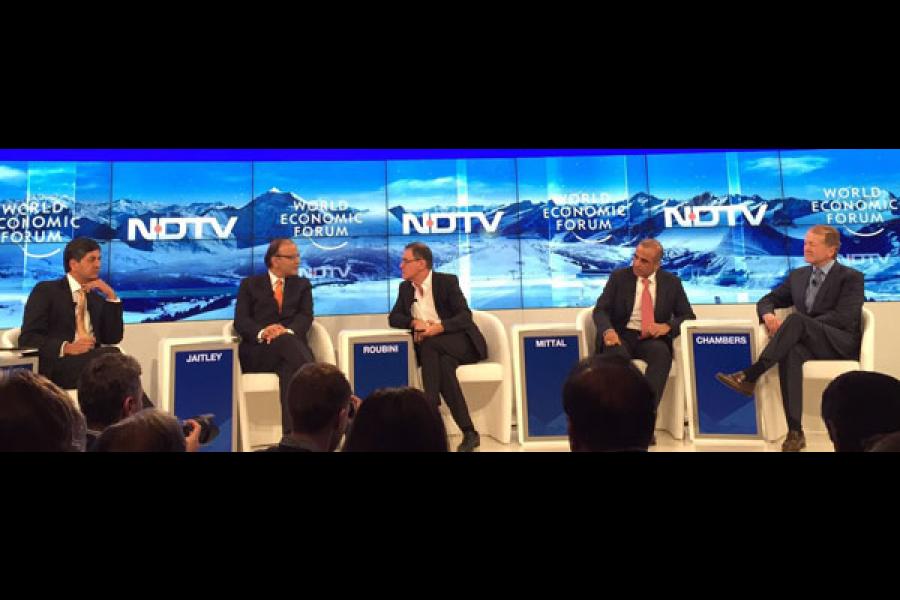 With a growth rate of 7.5 percent, India has weathered the global headwinds and achieved a rate of growth envious to the world. Sitting today at Davos at the India session I had the opportunity to hear our Minister of Finance Arun Jaitley describe a scenario of 9 percent growth being the norm for the country if it can overcome a few minor regulatory hurdles and cross party differences. He sounded especially confident sitting in his orange tie and India tricolor cufflinks.

With China about to come down with a hard landing, commodity and energy prices falling to record lows providing the much-needed fiscal legroom required for the FM, he was optimistic about India being the shining star again for the second year running. This is not to say that we don’t face significant global challenges on a politico-economical spectrum. From the US Fed’s deviation away from 0 percent interest rates, a continuing hangover in Europe over a possible Grexit, the ever-increasing probability of a Brexit and the complex regional opera playing out between Sunni-Shia relations in the Middle East, luckily India is buffered from some of the challenges.

What stood out most in this year’s conversation, aside from the cheeky blows between Congress’ Kamal Nath, CM Naidu and the FM Jaitley over the roll out of GST (with NDTV’s Vikram Chandra aptly brokering peace between the three sides before a more colourful set of outcomes could have arisen), was the focus on entrepreneurship from all the stakeholders in the room.

“I think the world is ready to bet on India!” John Chambers of Cisco exclaimed. “The last startup culture in 2008 was driven by necessity,” Sunil Mittal commented. “This one is being driven by design.” We are all aware of the spirit that lives in India. In many ways, sitting here debating the fourth industrial revolution, as my last blog described, it appears that this naturally belongs to India. With 28 million smartphones shipped last quarter alone, India’s consumers are poised to maximise the benefits of the planned broadband highway rollout. We must be cognizant that this does not automatically negate the gaps that we need to address domestically. From adding 1million new employees per month to the creation of adequate IT infrastructure, India must invest further both in its human capital and infrastructure capital to achieve the 9 percent goal that the FM talks about.

We were all in agreement that the traditional business models will not match the demands that India’s new young middle class will demand from entering the formal economy. We need to explore newer models that don’t rely upon public spending too much and the general hope at Davos was that this entrepreneurial activity would fuel domestic growth and drive the momentum needed to counteract the global winds I mentioned.

As an advisor to many startups in India and with my VC hat on, I was especially excited by the panel’s commitment to the startup culture and the willingness to help. Asked whether 2016 was India’s year, the overwhelming consensus across the entire group was a resounding yes! Good news for us back home, but we all know how quickly a tide can turn. I’m off to try and ask the FM where he got those cool cufflinks!

6,490
Thank you for your comment, we value your opinion and the time you took to write to us!