A central theme emerging from this meeting was the need for greater cooperation and understanding between different streams, ‘the global village’ as its coined. 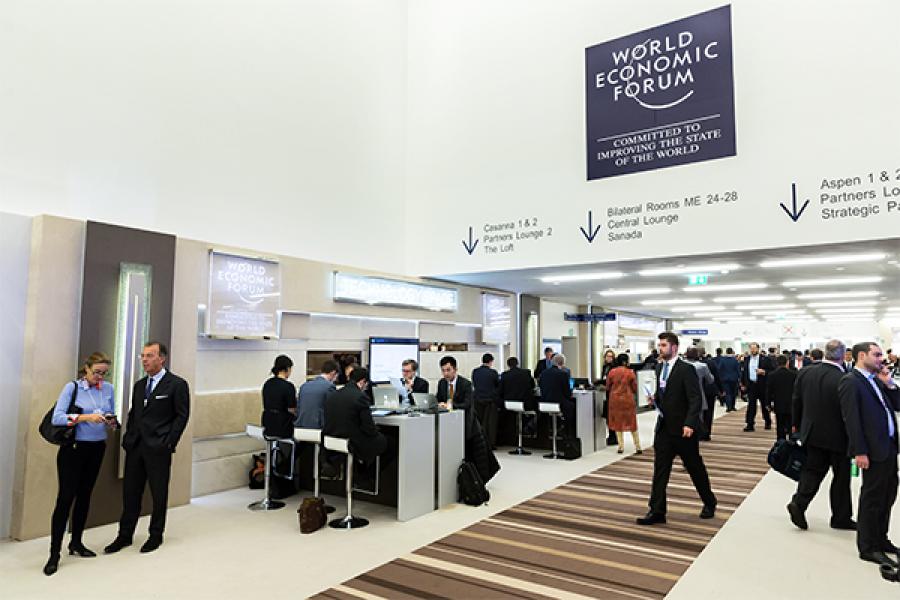 I was like a child in the candy store - Davos is my Disney land. Writing this blog, I sat on a table next to the British PM David Cameron and Ex- Australian PM Kevin Rudd. I have walked past, spoken to, queued with personalities like Microsoft CEO Satya Nadella, FM Arun Jaitley, Isreali PM Netanyahu, Greek PM Alexis Tsipras, Canadian PM Justin Trudeau, Virgin CEO Richard Branson, Nobel prize winner Al Gore, Actor Leonardo Di Caprio, IMF Chief Christine Lagarde and an endless list of global leaders, Nobel laureates, movers and shakers! It truly is the most privileged conference meeting in the world and a selfie-taker’s dream (minus the constant dead batteries). I will also add that this was just the day activity, the Davos nightlife takes on a whole new realm, truly living up to its reputation!

But among all the light moments of celebrity spotting there was the greater opportunity to speak to and learn from these men and women that make the earth turn around. A central theme emerging from this meeting was the need for greater cooperation and understanding between different streams, ‘the global village’ as its coined.

Secretary General of NATO Stoltenberg said that the old days of the clear-cut distinction between times of war and of peace are behind us. “More countries are now in a state of hybrid warfare, whether it be internal tensions like Ukraine, cyber attacks from China or terrorism like the recent Parisian attacks”. The increasingly dangerous migrant crisis from the Middle East that is threatening to overwhelm Europe and test the very foundation it stands upon, the free movement of people and goods was a major discussion point around the tables with IMF Chief Lagarde personally thinking this could break up the entire union if not managed properly and in a responsible and adult manner.

On the economic front, the increasing possibility of a Chinese economic collapse or its ‘hard landing’ has already shaken global markets. Global CEO Credit Suisse Thain reminded us that this has been the worst start to the New Year since records began globally – period. As China moves towards a state of triple transition from industry to service, from export to domestic and from investment to consumption, this downward fall of one of the engines of the global economy for recent years is a major worry and a contributor to the falling commodity and oil price.

In contrast, India’s place in the world has never been more important. Economically, it is the fastest growing developing economy and has truly rocked Davos this year. From the Make in India lounge in the day to the Bollywood night cocktail soiree last night, the energy towards and from it is palpable. US defense secretary Carter also highlighted the growing role it will play in counterbalancing the power play in Asia.

What the world needs now is greater inclusion; by gender, religion, social strata and peoples. A staggering statistic to think about was one shared by Paul Polman, CEO of Unilever - if women shared the same inclusive rights as men in terms of employment, healthcare and social mobility, the global GDP would increase by USD 37 trillion per year!

What emerged is a convergence in the global understanding to share data; whether this be population data, health data, security data, etc and working with international partners to address these challenges. 2015 galvanized the world on three major fronts and was something to be proud of - the agreement of the global Sustainable Development Goals (SDG’s), the Finance for Development Fund and the agreement of COP21. Never before has the entire planet been focused on creating a sustainable platform for inclusive growth and equitable development.

They say that the Davos badge is the great equalizer – heads of state and the business elite become ordinary guests for these four days and are approachable and open to discussion, particularly the views and opinions of the millennial generation. I was told that there are two stages in a person’s life, pre and post Davos. The world as I see and know it will never be the same again as this experience has taught me just how small and fragile the planet is, and how much work we need to do in order to make better for the next generation!

6,890
Thank you for your comment, we value your opinion and the time you took to write to us!

Tweets by @forbes_india
Prev
The future of health is wellness
Next
Mission Davos: How to shape Globalisation 4.0