Industry captains at Davos strongly communicated that the rise of the gig economy has and will bring about a change in the new world order. Reskilling employees with not just the right skills, but also the right sensibilities, now becomes vital 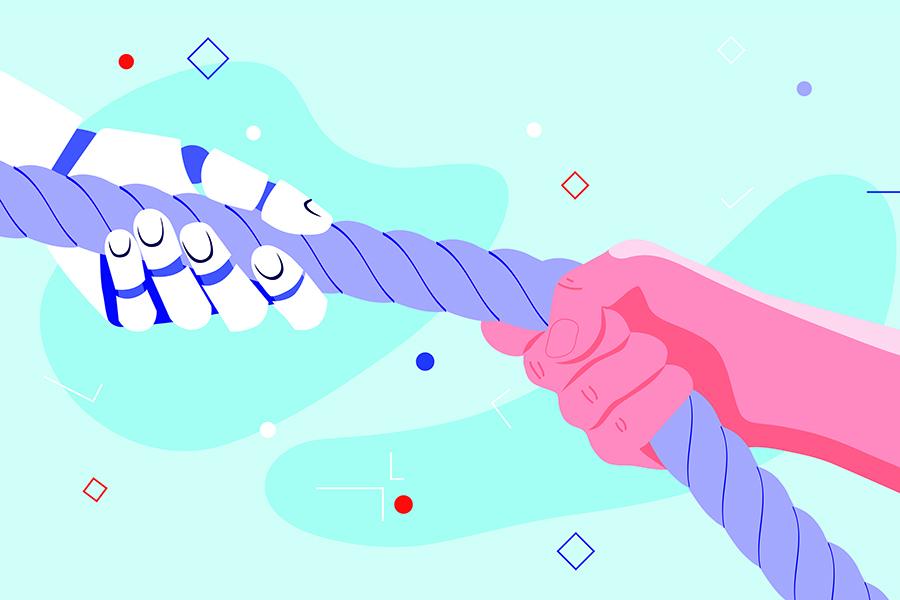 Consider this: By 2030, more than 800 million people worldwide could lose jobs to automation, according to a McKinsey report. No wonder, Davos this year has seen some of the most developed countries lend their muscle to reskilling as the mainstay economic and developmental agenda.

For instance, the US has announced reskilling of 15 million people. The statement is very important—especially when it comes at a time when the US has shown record growth at about 3 percent. It also indicates that re-skilling is a priority even for a developed country with a robust and growing economy. In India, reskilling is already a dominant national agenda, and companies like ours have been on the drive for a while.

When you delve deeper into the problem, it is far more complex. On one hand, there is a growing trend of machines replacing humans in factories and restaurants—whether it is in the US, China or India. The latest evidence—a factory in Dongguan City in China— recently replaced 90 percent of its human workforce with machines.

To put a number, about 75 million jobs are likely to be displaced by 2022 across 20 major world economies. On the other hand, there is a widening digital skill gap and there is a dearth of skilled resources in new-age technologies and new-age businesses—which when translated in numbers, is roughly 133 million new skills jobs.

Also, this is the age of cobots—humans and machines working in tandem with each other. This will not only require new skills but also new sensibilities. The emotional and physical needs of a human and the needs of a machine or a robot are starkly different. While one may need health insurance, the other would need servicing or maintenance. Similarly, while humans need food or sleep, machines will need power and downtime—this will call for a very diverse and inclusive policy framework to build a blended, enhanced, empathetic and intelligent world.

Then, of course, is the task of addressing the growing digital skill divide, where there is a paradigm shift from STEM (science, technology, engineering, and mathematics) to STEAM (science, technology, engineering, arts and mathematics). The new tech world of data, quantum, artificial intelligence, virtual reality and augmented reality will be critical, and at the same time, there will be a growing demand for green economy jobs and soft skills like critical thinking, analysis, creativity and imagination.

Working in silos will not help—industry, academia and policymakers will have to work on a collaborative framework. That explains why companies are becoming quasi universities and offering training and skilling to meet the immediate market demand. This, at best, is a stopgap solution.

Ensuring the right, contextual skilling and continuous upskilling, is a core ingredient of delivering IT disruptions. It calls for a refined approach to understand the learning behaviour of the new generation of disruptors, who prefer anytime-anywhere and bite-sized learning.

Industry captains at Davos acknowledged and strongly communicated that the rise of the gig economy has and will bring about a change in the new world order. It will change the way businesses interact with the new-age workforce, right from specialised certification in future skills, upskilling them to allowing them more flexibility to apply their skills at work.

We must aim to facilitate a new culture of learning that will encourage young people to learn new things, to connect better with customers and communities, to develop their soft skills and we must learn newer ways to apply technologies to facilitate the future of work. Let us work towards a future which not just has the right skills, but also the right sensibilities.

The author is MD and CEO of Tech Mahindra.

17,858
Thank you for your comment, we value your opinion and the time you took to write to us!

Tweets by @forbesindia
Prev
Dispatch from Davos: How Leaders Can Shape a Sustainable World