Humanity stands on the brink of a technological revolution

It will change the way we live, work and relate to each other 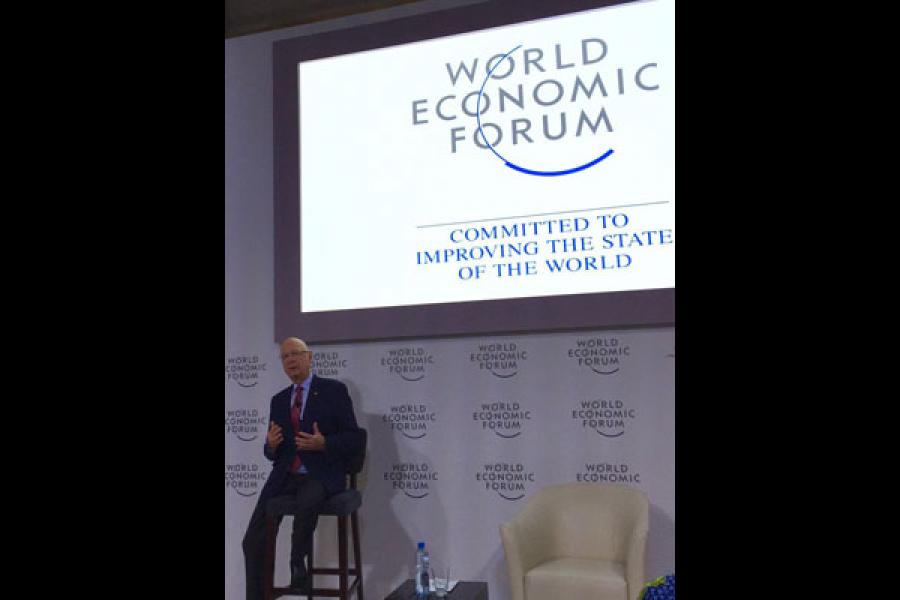 “History will judge 2016 as the inflection point in the rise of technology”.

The central theme of this year’s annual meeting is the fourth industrial revolution. Professor Schwab, the man behind the World Economic Forum and the central figure to how this amazing organisation works, believes that humanity stands on the brink of a technological revolution that will fundamentally alter the way we live, work, and relate to one another. He believes in this so strongly that his most recent book dwells on the subject and is therefore the theme of our conclave at Davos.

Today I had the rare chance to spend time with this incredible individual and hear his thoughts first hand on the power of this revolution and the impact it can have on the world around us. To explain the central premise of his theory; the first industrial revolution used water and steam power to mechanise production. The second used electric power to create mass production. The third used electronics and IT to automate production. And now the fourth is building on the digital revolution that has been occurring since the middle of the last century. It is characterised by a fusion of technologies that is blurring the lines between the physical, digital, and biological spheres.

Core to what his message was that this new revolution will force us to really think about who we are. “With advancing robotics and artificial intelligence, what will be the difference between a human and a robot? It will have greater memory capacity, intelligence, computational power that we can ever imagine. But can it ever share our ability to love? To form friendships and believe in a transcendental being?”

For these people who have failed to be included in the second, never mind the third revolution as defined by Professor Schwab, what is the point of discussing the fourth? Can we leapfrog the previous steps? Is development necessarily a liner progression or can we somehow harness the power of technology, the entrepreneurial energy within our country and create new ecosystems and paradigms to ride this fourth wave? Maybe 2016 will provide the answer to this - time will tell.

1,736
Thank you for your comment, we value your opinion and the time you took to write to us!

Tweets by @forbes_india
Prev
Time for discussions, dialogue & Davos
Next
Bet big on India for 2016