American dreamers: The rise and fall of DACA and DAPA

The absence of a comprehensive immigration law in the US has led to different measures from the Executive and other departments, leading to considerable legal disputes about the validity of such actions 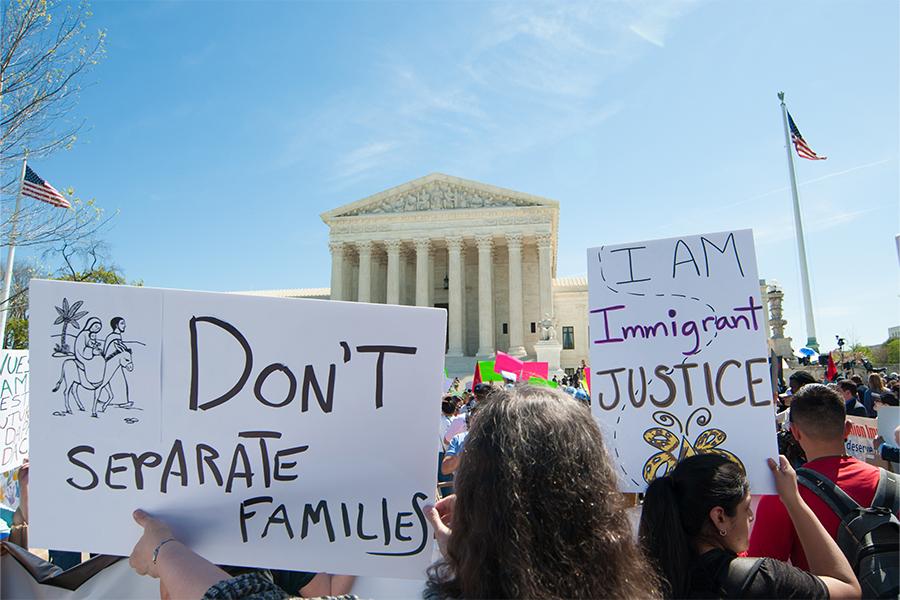 Immigration has always been a vexed issue in the US. Whether Executive can change immigration laws has been hotly debated in the law courts recently. The absence of a comprehensive immigration law has led to different measures being taken by the Executive and other departments, leading to considerable legal disputes regarding the validity of such actions. The rescission of the Deferred Action for Childhood Arrivals (DACA) program and the recent blocking by two Federal District courts only highlights the present state of uncertainty and tumult.

Congress has the power under the Constitution to legislate in the field of immigration and the President can execute the laws. But the DACA and DAPA (Deferred Action for Parents of Americans and Lawful Permanent Residents) programs constituted a significant change in immigration law which was not implemented by the Congress.

DACA was introduced in 2012 by the US Department of Homeland Security (DHS) under the Barack Obama administration. It provides that those who were under a certain age on the specified date, and entered the US five years prior as children under the age of 16, and who meet specific educational and public safety criteria, are eligible for deferred action on a case-by-case basis. It set forth how, in the exercise of prosecutorial discretion, DHS should enforce the Nation’s immigration laws against certain young people. In 2014, it expanded DACA by doing away the age limit making more persons eligible for the program and extending the period for which DACA and the accompanying employment authorisation is granted to three year increments. DAPA was also introduced which applied to individuals who have on that date a son or daughter who is an American citizen or lawful permanent resident and met certain additional criteria.

DHS rescinded the expansion on June 16, 2017, the rescission of DACA was declared on September 5, 2017. But it has been deferred for a six months duration during which Congress can pass a suitable law. Even before the formal repealing of DAPA, the law courts had enjoined the implementation of the provisions. Twenty-six states had challenged DAPA under the Administrative Procedure Act and the Take Care Clause of the Constitution. Violation of the cherished principle of separation of powers was also alleged. The plaintiffs alleged that DAPA was not clearly within the Executive's realm and thus the program clearly circumvented the immigration laws.

But the DHS tried to justify its program by arguing that its limited resources made it incapable of enforcing all immigration laws and hence the adoption of DAPA would enable it to prioritise its enforcement of the immigration laws and focus its limited resources in removing dangerous aliens. Whether the Constitution and the laws of the US provided the DHS with such power was the question before the court.

The court observed that the federal government claimed sole authority to govern in the area of immigration by having a complex statutory scheme and further prohibited any meaningful involvement by the states. The court further reasoned that though as a general principle the decision to prosecute or not prosecute is a decision that is left to the Executive branch's discretion, yet this case was different.

Thus, the Court in Texas v. United States, 86F.Supp.3d591(S.D.Tex.2015) granted preliminary injunction reasoning that any subsequent ruling that finds DAPA unlawful after it is implemented would result in the States facing the substantially difficult task of retracting any benefits already provided to the beneficiaries [Refering Ohio Oil Co. v. Conway, 279 U.S. 813(US SC, 1929)]. The Court of Appeals for the Fifth Circuit refused to lift the injunction [Texas v. United States, 787 F.3d 733 (5th Cir. 2015)] and then in Texas v. United States [No. 15-40238 (5th Cir. Nov. 25, 2015)]. And finally an equally divided Supreme Court in United States v. Texas (No. 15–674, 2016) in a per curiam decision affirmed the lower-court injunction.

Though DAPA has been formally rescinded and the Donald Trump administration has given six months duration to the Congress for bringing a suitable act to replace DACA, yet this melee shows the continuing tension between the Congress and the Executive and the courts’ dilemma in grappling with these issues. US District Court for the Eastern District of New York and the  US District Court for the Northern District of California have recently granted preliminary injunctions to block the rescission of DACA. The Trump administration has asked the SC to review the case directly, bypassing the appellate circuit. The continuing reluctance of the Congress to bring the necessary immigration reform can only lead to more ambiguity and legal challenges to various Executive measures.

6,885
Thank you for your comment, we value your opinion and the time you took to write to us!

Tweets by @forbesindia
Prev
Electric buses: An opportunity to transform public transport in India
Next
An antidote to rote learning