An antidote to rote learning

Rote learning is like cancer. It is eating away at the future of India’s 250 million school-going children 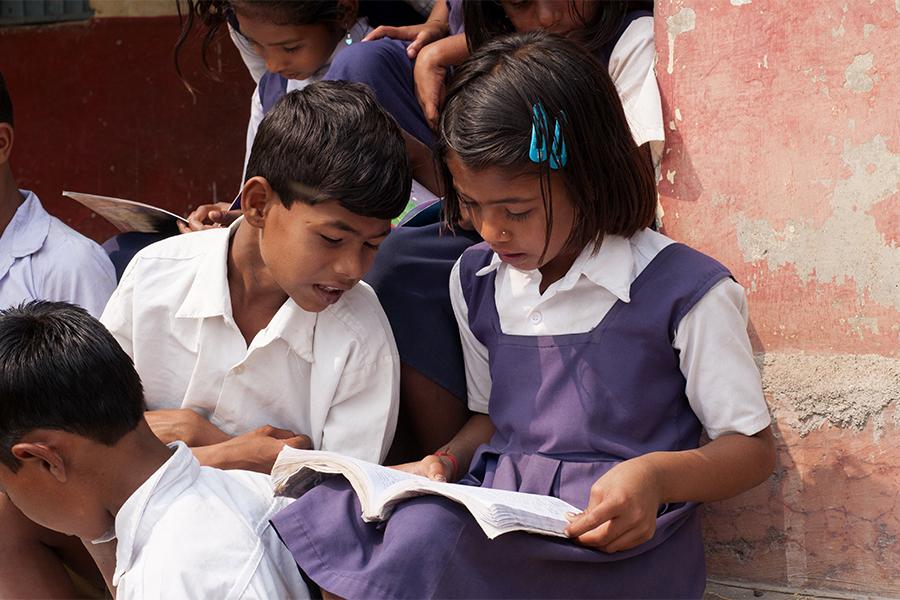 “Show me all the possible ways in which four friends, who go to a movie theater, can sit together in a row.”

Harvard professor Eleanor Duckworth asked this simple question that stumped me fifteen years ago. The problem seemed simple to me at first. I responded with "4 factorial (4 X 3 X 2 X 1) equals 24,” a formula I had memorised since twelfth grade. Then Prof. Duckworth added a small twist, “Take these four colored beads so that I can see how you came up with your answer.” My mind went blank. I could not visualise how I could arrange those beads. I had memorised the factorial formula by rote without understanding what it meant. Not much has changed in the thirty years since I finished school.

Rote learning is like cancer. It is eating away at the future of India’s 250 million school-going children. Only 40 percent of our 14-18-year-olds can calculate the price of a shirt sold at a 10 percent discount. Less than 60 percent can read the time from an analog clock. These are the sobering findings of the Pratham Annual Status of Education (ASER) 2017 report. Even students in well-regarded private schools are not much better off. The Wipro-Educational Initiatives study conducted in 2008 found that they lag international benchmarks on understanding critical Math and Science concepts.

Most Indian graduates learn by rote all the way from school till college. So they are unable to cope with the thinking skills modern workplaces demand. The Economist magazine reports that less than 25 percent of Indian graduate engineers are employable. A study by Mettle shows that less than 5 percent engineers have the analytical skills necessary for software engineering jobs in product startups.

But why does rote learning persist? The habit of telling children what is in textbooks so that they can memorise and reproduce in tests is hard-wired in our teaching.

‘Telling,' a one-way broadcast of information from teacher to student, is how most classrooms function in India. It is also the dominant norm of most adult-child communication in our society. Adults keep instructing and repeating information to children. Children, thus, absorb information without understanding, analysing, and critiquing. It stunts their ability to learn on their own.

Our curriculum emphasises memorising, facts, formulae and definitions from content-heavy textbooks. Only 14 percent of Indian classrooms use teaching materials other than the textbook, concluded National Council of Education Research & Training (NCERT) study on primary school teaching. Children readily associate the concept of fractions with the abstract symbol “¼” that they see in textbooks. Yet, they find it difficult to relate to the same concept when they look at one-fourth of a real-life object.

A high-stakes testing regime rewards recall of textbook content rather than independent reasoning. British education researcher Newman Burdett studied Central Board of Secondary Education (CBSE) examinations papers. He found that the CBSE mostly tests direct recall of facts and repeats past question types. Only a few questions focus on analytical reasoning. No wonder, students are "taught to the test", to recognise question patterns and plug in formulas.

Rote learning has also its share of champions, to be sure. Most are from the West, where the pendulum has swung too much in the other direction. Ted Hurley, a British mathematician, asks "can we ‘discover' or ‘learn' the basics of a subject that has taken thousands of years to develop through project and discovery methods?". Of course, it is difficult to get children to discover laws of nature all by themselves. However, in India, most children learn Science from bookish explanations and little hands-on experimentation. So, many of them end up with merely shallow understanding of concepts. American cognitive scientist Helen Abadzi has argued that repeatedly practicing tasks like mental arithmetic frees up "working memory." This, she says, aids higher-order problem-solving. Few would disagree that committing multiplication tables to memory can speed up problem-solving. Most children in India can recite "three twos are six." But few understand that it is the same thing as two added three times to itself. So, even simple word problems involving multiplication confound them.

Content memorisation, didactic instruction, and drill do have a place in learning. But they must not take up the entire teaching time. McKinsey's analysis of PISA (Program for International Student Assessment) data shows that students who receive a blend of teacher-led and inquiry-based instruction have the best outcomes. Curriculum must focus on fewer topics but in-depth subject matter. Textbooks should be used alongside other purposeful learning experiences. Tests must assess reasoning skills and not just recollection of facts.

Every child deserves such a non-rote education. And, as our experience shows, there is an antidote to rote learning.

The author is a vice president at XSEED Education, with a decade-plus experience in improving elementary school education. Views are his own.

27,787
Thank you for your comment, we value your opinion and the time you took to write to us!

Tweets by @forbesindia
Prev
American dreamers: The rise and fall of DACA and DAPA
Next
MSMEs: Time to fix what is broken