The key expectations from Union Budget 2017 is to have 'certainty and clarity of tax laws/, 'ease of doing business' and ‘efficiency in the Public Private Partnership (PPP) model' 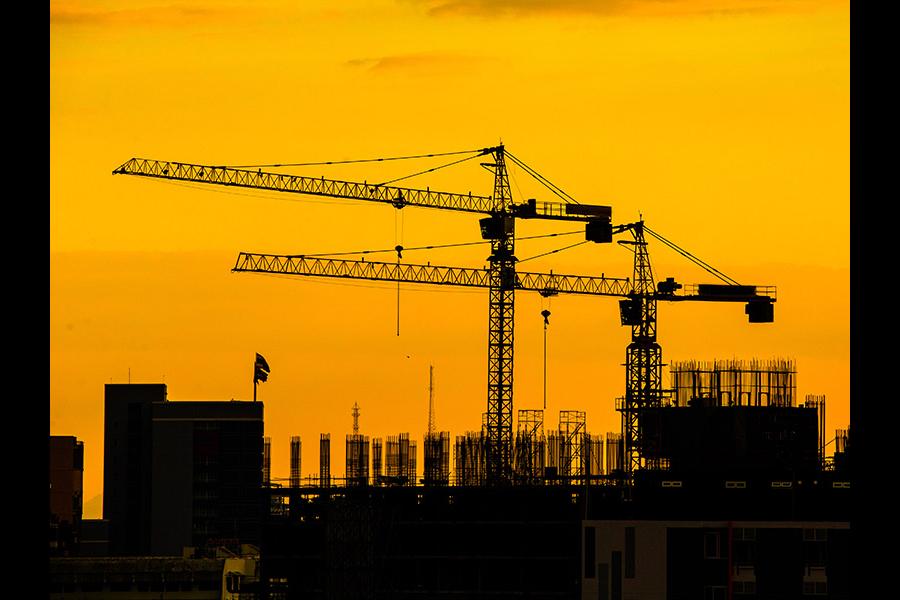 Backdrop The Government has set the foundation for making India a globally competitive destination with the introduction of ‘Make in India’, ‘Start up India’, ‘Skill India’, 'Digital India’ and ‘Atal Innovation Mission’. The implementation of these polices calls for a robust infrastructure setup, which is imperative for India for an inclusive growth in a slowing global economy and achieving 25 percent share of manufacturing in GDP by 2022. The key expectations from Union Budget 2017 is to have ‘certainty and clarity of tax laws’, ‘ease of doing business’ and ‘efficiency in the Public Private Partnership (‘PPP’) model’.

The industry is eagerly waiting for clarity on the implementation of Goods and Service Tax (‘GST’), which could result in credit / cost efficiency for the sector. The sector is currently saddled by multiplicity of taxes and cascading effect of such taxes. Single (and lower) tax with better credit flow is the expectation of the industry from the Government.

• Accelerate reforms to labour and allied factory laws and the land acquisition bill.

• The regulatory mechanism on industrial and institutional buyers was revised in the Legal Metrology regulations to ease compliance from declaring the Maximum Retail Price (‘MRP’) on packaged manufactured items for B2B segment.  However, this key change (which also has an Excise duty implication) has been limited in adoption.  Also, the authorities are also pursuing cases on imposing the MRP regime in ‘non-retail’ situations, such as restaurants, food courts, etc.  A legislative clarity on this issue is required.

• Extend ‘investment allowance’ to non-corporate taxpayers and to enable Micro Small and Medium Enterprises to avail the benefit, reduce the investment limit.

• Clarify that upgradation / extension of existing infrastructure facility would also be eligible for investment linked deduction under section 35AD.

• Provide investment linked incentive to developers of manufacturing zones, including relief from applicability of MAT.

• Extend benefit of carry forward and set-off of business loss on amalgamation or demerger, currently available to industrial undertakings, to infrastructure sector.

• Allow SPVs held by InvITs to carry forward unabsorbed business losses, if change in shareholding beyond 51 percent is due to change in holding by the InvITs.

• In view of amendment to SEBI regulations, grant pass through benefit, currently available to InvITs on interest and dividend income received from SPVs, to structures where the SPVs are held through a holding company / LLP structure.

• Allow deferment of capital gains arising to the sponsor at the time of exchange of interest in a LLP against units of InvITs, to bring at par with exchange of shares in a SPV.

• Provide exemption from applicability of withholding tax provisions on distributions by InvITs to resident unitholders in respect of dividend income distributed to unitholders.

• Disallow expenses, if payments to Start-ups is made beyond the stipulated timelines.

• Extend benefit under section 54GB of ITA to long-term capital gains on transfer of any long term capital asset, when the consideration received is invested in Start-ups.

• To enable Start-ups to raise funds, grant relief to Start-ups from applicability of provisions of section 56(2)(viib) of the ITA, which seek to tax, consideration received by a company in excess of fair value.

• The Government has gradually withdrawn service tax exemptions available to various Infrastructure sectors, such as, airports, ports, metro, etc.  There seems to be some basis for this progression, as service tax is typically charged on revenues though input credit has been a perennial concern.  To incentivise investment, tax credit on infrastructure creation should be clearly allowed.  Considering this progression, one would have to watch for further widening of the tax net through taxation of remaining sectors, such as, roads and railways.

• Clean energy cess on purchase of coal was increased significantly to INR 400 per Metric ton in Union Budget 2016, which has increased the cost substantially; further, companies are investing in better technology to control pollution.  Therefore, it is expected that such levy should either be reduced, or allowed as credit against excise duty liabilities.

• Taxability of works contracts under VAT as well as service tax laws is leading to cascading effect due to different bases considered under the respective legislations and effective dual taxation; the effective tax base invariably is higher than the actual cost and hence, it is suggested that the Government removes this anomaly by prescribing rules to state that for service tax purposes, tax bases should be the difference between the total cost as reduced by the tax base on which VAT is payable.

• CD on certain capital goods / machineries falling under Chapter 84 and 85 has been increased from 7.5 percent to 10 percent.  Such products are typically mechanical and electrical machineries which are frequently imported for various infrastructure projects.  It is expected that BCD rates are restored to earlier levels of 7.5 percent to reduce cost of procurement for the Infrastructure / Manufacturing sector.

• Exemption of CVD on import of a specified equipment which is used in construction of roads was withdrawn.  Such withdrawal has led to increase in cost of construction and hence, it is recommended that such CVD exemption be restored.

• The industry is expecting clarity on GST implementation and benefits that may be granted to the Infrastructure sector.  Any higher tax cost could jeopardise the viability of projects which have already commenced work and may be locked in from the project costing perspective.  Such projects may not be able to absorb the higher tax cost.

4,558
Thank you for your comment, we value your opinion and the time you took to write to us!

Tweets by @forbes_india
Prev
Why aren't global infrastructure investors making a beeline for India?
Next
Budget must continue to focus on Manufacturing and 'Make in India'