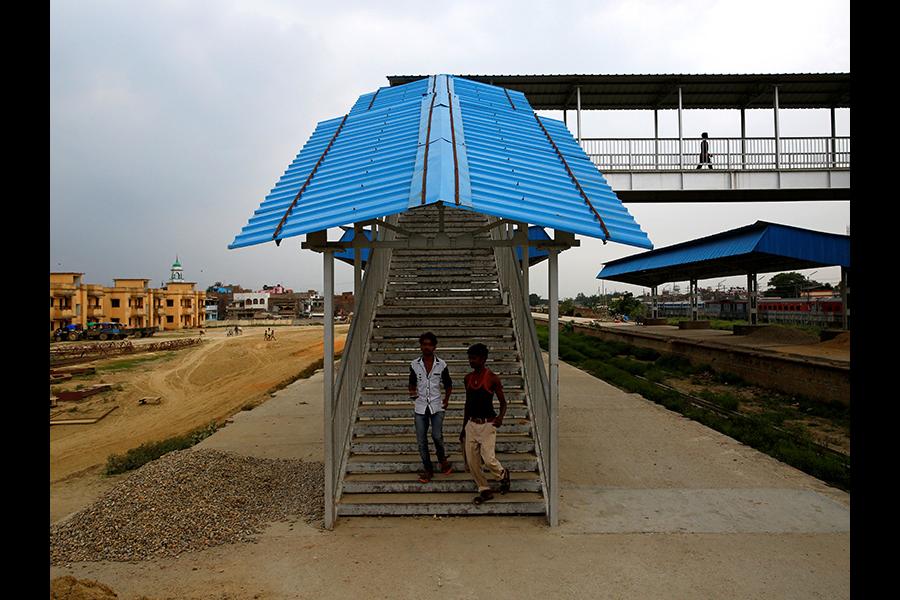 The Finance Minister in his last full year of budget has recognised the need for Rs 5.97 lakh crore spending in 2018-19. That’s a 21% increase compared with the previous year. While these are early days, the roadmap for this will have to be looked into more carefully.

An outlay of close to Rs 1.2 Lakh crore is allocated to the National Highways Authority of India under which a significant chunk will go to projects under the Bharatmala project, which is expected to the flagship road programme of the Government of India.

Continued budgetary support indicates the push for the EPC and Hybrid Annuity Model of execution. The split between budgetary support and extra-budgetary resources is equal and directionally the path for asset monetisation has been laid out.

Unlike roads, for railways the reliance on extra budgetary resources is significant amounting to ~ 60% of the need. The overall capex increase is a healthy 22% amounting to Rs 1.46 lakh crore. Earlier attempts at asset monetisation by railways has not been very encouraging.

Implementation of the Railways Infrastructure Development Fund and other market-focused initiatives will help the Railways achieve this target. Although the budget mentioned redevelopment of 600 major railway stations is being taken up by Indian Railway Station Development Co Ltd, not much groundwork seems to have happened so far.

Sagarmala, the flagship scheme of the Ministry of Shipping, has got an allocation which can be woefully short for achieving the ambitious goals of the government. This could only indicate that the need for private sector participation in this sector is critical.

UDAN, the regional connectivity scheme of the Ministry of Aviation, has started off on a strong footing with increased allocation of Rs 1,014 crore, which is four times what was allocated last fiscal. As India has become the third-largest market in aviation the need for airport infrastructure development has increased and this is reflected in the ~50% increase in capex need.

The table below gives the sectoral split of budget allocation along with percentage increase as compared to previous year: 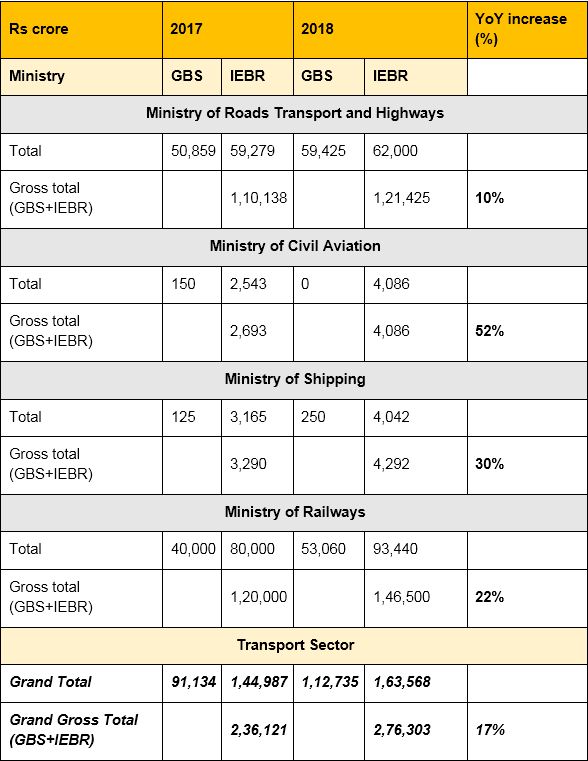 8,461
Thank you for your comment, we value your opinion and the time you took to write to us!

Tweets by @forbesindia
Prev
Budget 2018: How your money will be impacted
Next
Budget 2018: Big steps to deepen the corporate bond market