Budget 2018: How your money will be impacted 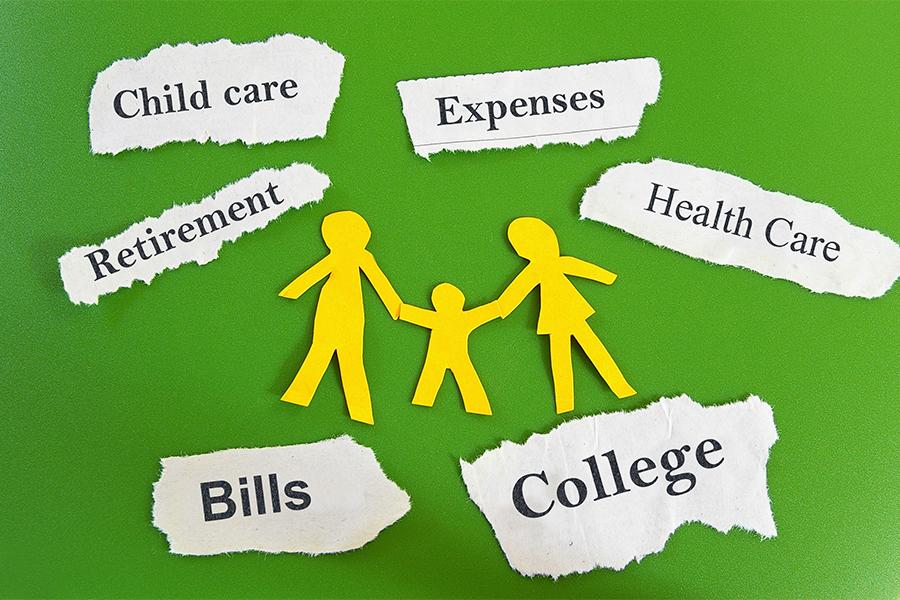 In the last Union Budget before the general elections, the central government decided to focus on something that’s never got its due in the past: Healthcare. Many developed countries provide free healthcare to their citizens. India lagged them. This year’s Budget gave a big boost to the healthcare and focused at addressing the anxiety and trauma of people who cannot afford expensive medical services.

While this year budget was a mix bag of both expectations and a few surprises, we list out a few broad points which will have an impact on how you save, invest, borrow, and insure.

Housing For All Budget announcement: The Government announced the construction of one crore houses in rural areas under the Prime Minister Awas Yojna Rural. In urban areas the assistance has been sanctioned to construct 37 lakh houses. The government will also establish a dedicated Affordable Housing Fund (AHF).

My Take: The government has set itself a target of 1 crore new homes under the PMAY. This would provide further impetus on home buying both in urban and rural areas, though the caps on interest rate subsidies haven’t been raised. What remains absolutely important is the implementation as the PMAY continues to lag the targets it has set for itself.

Budget announcement: The government announced steps to address healthcare holistically, in primary, secondary and tertiary care system covering both prevention and health promotion. It announced National Health Protection Scheme, the world’s largest government funded healthcare programme that will provide up to Rs. 5 lakh per family per year for secondary and tertiary care hospitalisation. The Budget also allocated additional Rs. 600 crore to provide nutritional support to all TB patients at the rate of Rs 500 per month for the duration of their treatment.

My take: Health concerns are big in India. According to RBI’s Tarun Ramadorai Committee report on Household Income, a single hospitalisation can drive families—especially poor ones—into crippling debt, and a health insurance can augment the household income by as much as 2%. Now the government will pay a large price for the healthcare of the poor and the vulnerable sections, and will be to the benefit of crores of Indians. Additionally, the mediclaim allowance of Rs. 5 lakh for 10 crore families will create huge awareness about medical insurance just as Jan Dhan did for savings and banking. Rural India lags on accounts of healthcare affordability and quality. But the healthcare programme will complement the push to reach out to more people in the lower income segment through the PM Jeevan Bhima Yojana and Suranksha Yojana.

Personal Tax Slabs
Budget Announcement: The government announced no change in the personal tax slabs saying that the Government had made many positive changes in the personal income-tax rate applicable to individuals in the last three years.

My take: We’ve had middle-class Budgets in the previous years. This year, the government focused on the urgent needs of the poor, vulnerable Indian. These measures will help tens of crores of Indians.

For The Salaried Class
Budget Announcement: In a major move to provide relief to salaried taxpayers, the government allowed a standard deduction of Rs. 40,000 in lieu of the present exemption in respect of transport allowance and reimbursement of miscellaneous medical expenses. This decision to allow standard deduction shall significantly benefit the pensioners also, who normally do not enjoy any allowance on account of transport and medical expenses.

Good News For Senior Citizen
Budget Announcement: For senior citizens, the government announced enhanced exemption on various counts. One – the increase from Rs. 10,000 to Rs. 50,000 on interest earned on deposits with banks and post offices, fixed deposits and recurring deposits. TDS will not apply on such income under Section 194A. Two – the deduction limit for health insurance premium and/or medical expenditure was raised from Rs. 30,000 to Rs. 50,000, under section 80D. Three – Under Section 80DDB, the deduction limit for certain critical illness medical expenses for senior citizen (Rs. 60,000) and very senior citizens (Rs. 80,000) has been raised to Rs. 1 lakh. Four – the limits for the PM Vaya Vandana Yojana, that provides a pension plan with guaranteed returns of 8%, have been doubled to Rs. 15 lakh.

My Take: The FM has again expressed his need to provide safety nets for senior citizens. Increased tax deductions, raised caps on the 8% pension plan, complemented with the wider push on healthcare will come as a much-needed boost towards senior citizen healthcare.

Life Insurance
Budget Announcement: The Pradhan Mantri Jeevan Jyoti Beema Yojana (PMJJBY) provides life insurance cover of Rs. 2 lakh on payment of an annual premium of only Rs. 330. The Government will work to cover all poor households, including SC/ST households under this scheme “in a mission mode”.

My Take: It is a great move to extend this to a larger base, further adding to basic social security measures to guard the economically weak against death and disability.

Capital Gains – A Dampener
Budget Announcement:  The long-term capital gains on equities were exempted from tax. The Budget this year introduced a 10% LTCG on equity investments.

My Take: The Indian markets continue to have great long-term prospects with projected economic growth pegged at 7-8% per annum. If you’re an investor looking for long-term returns, you should not pull out and remain invested. If you’re a mutual fund investor, you’re still using the best savings instrument there is and will continue to earn long-term returns better than most asset classes. The introduction of the LTCG should not change your long-term outlook.

More CPSE Investments; Gold Monetisation Revamped
Budget Announcement: PSU ETFs – namely the CPSE ETF and the Bharat 22 ETF – have helped the government’s disinvestment goals as well as gaining the favour of the investor. More ETFs have now been announced along the lines of the CPSE and Bharat 22 ETFs. Jaitley also announced a debt ETF. Gold monetization scheme will also be revamped. We will need to see the details to asses calculative clarity.

My Take: The government has set itself a disinvestment target of Rs. 80,000 crore for 2018-19. The CPSE and Bharat 22 ETFs have received excellent responses from retail investors in the past who can purchase equity in some of India’s biggest, most iconic companies. As for gold monetisation, it’s a good overall push for those wanting to invest in gold-based schemes thus prevent liquid money from being spent on physical gold.

4,494
Thank you for your comment, we value your opinion and the time you took to write to us!